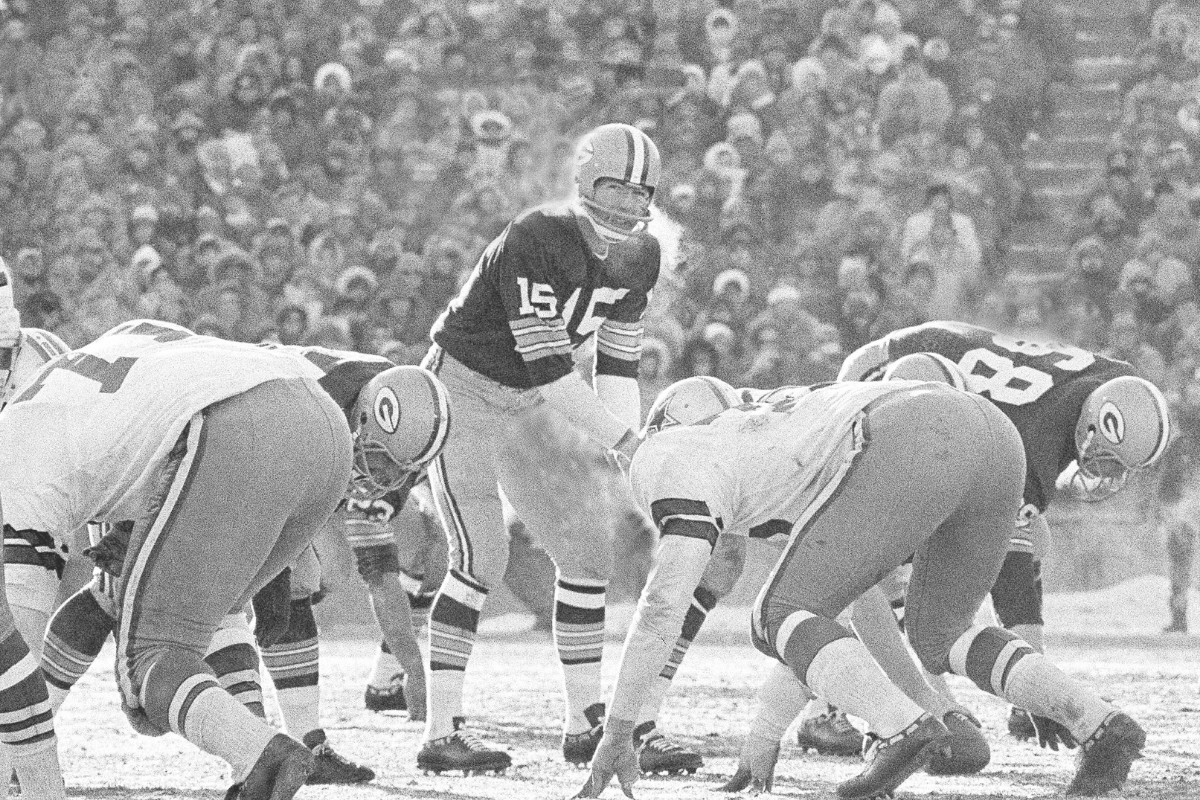 As an NFL fan, attending a freezing cold game is a rite of passage. You almost immediately regret it as soon as you step outside, but it builds character and you feel a sense of community in the shared dread.

I can only imagine what playing in the bitter cold is like. I’d like to think it’s at least a little better because they’re moving. Then I remember these guys are flying around the field at 100 MPH and the cold is an extra defender piling on.

The NFL has had plenty of cold games throughout its history. Most of them have been played in Buffalo, Foxborough, Minneapolis, Cincinnati or Cleveland. However, there is one place no opposing team wants to go come playoff time in January: Green Bay, Wisconsin.

The frozen tundra of Lambeau Field is the winter capital of the NFL for hosting more piercing cold games than anyone else. None have been colder than the 1967 NFC Championship between the Green Bay Packers and Dallas Cowboys, who endured the coldest game in NFL history for a spot in Super Bowl II.

How Cold Was the Ice Bowl?

On one sideline, legendary head coach Vince Lombardi’s Green Bay Packers were captained by quarterback Bart Starr. On the other, Hall of Fame coach Tom Landry was looking to lead the Dallas Cowboys to their first championship.

Their other opponent was the weather.

The temperature at game time that fateful day was -13 degrees with a wind chill of 48 degree below zero. (The weather easily covered the 13-degree spread.)

Now, of all the NFL Stadiums, Lambeau is the most prepared for blistering cold games. This held true even back then. The Packers had electric coils installed during the 1967 season to prevent the field from freezing, but the excessive cold the day of the NFC Championship game was too much for the brand new system. So, the field gradually gathered moisture and became icy. The players were literally playing in an ice bowl.

Additionally, the University of Wisconsin-La Crosse band was scheduled to play the halftime show, but several instruments froze and there were reports of brass players getting their lips stuck to their mouthpieces. Multiple band members were also reportedly hospitalized from exposure to the extreme cold.

What Happened in the Ice Bowl?

RELATED: The 5 Coldest NFL Games Ever Will Keep Everyone Indoors

Oh yeah, they actually played a game in these agonizing arctic conditions. Starr threw two touchdown passes to Boyd Dowler to give the Packers an early 14-0 lead. Dallas was able to climb back by capitalizing on two Packer fumbles late in the first half to cut the deficit to 14-10.

The two teams traded punches throughout the third quarter and nobody put points on the board. Then, Landry called a trick play where running back Dan Reeves threw a 50-yard touchdown pass to receiver Lance Rentzel to open the fourth quarter.

Fast forward to 4:50 remaining in the game and Starr took over at Green Bay’s own 32-yard line down 17-14. The Pro Football Hall of Fame quarterback methodically marched his team down the field to Dallas’ 1-yard line.

By this point, the field was essentially all ice and two running plays were thwarted due to ball carriers slipping. The clock continued to tick, and with 16 seconds left and no timeouts, the Packers were debating whether to tie the game with a field goal or go for the win.

Lombardi and Starr opted to go for broke. Starr took the snap and center Ken Bowman and right guard Jerry Kramer plowed Cowboys defensive tackle Jethro Pugh to clear a path for the Packers QB to sneak it in. The call caught everyone off guard. Green Bay probably had two shots at the end zone with the amount of time remaining on the clock if they decided to pass. They figured Dallas would be expecting this and countered with a gutsy quarterback sneak.

It worked. Starr fought his way across the goal line for the game-winning touchdown.

The Packers would go on to beat the Oakland Raiders in the Super Bowl to capture their second consecutive NFL title. Winning a Super Bowl in Miami is an appropriate reward for playing in conditions fit for Siberia.

What Players Said About the Ice Bowl’s Dangers

According to the National Weather Service, several players were treated for frostbite after the game and one fan died of cold exposure. There were also reports of several players being spent from the emotional toll the weather and game took on them.

“He came home from the Ice Bowl and his hands were still frozen,” Clark said. “Then the skin began peeling off. They hurt him for the rest of his life.”

“The cold air hurt my lungs so,” he said. “I’ve never been able to smoke a cigarette again. In fact, I can’t even be in a room of smokers. I can’t breathe.”

Playing in difficult conditions is a part of the game, but at some point, like “The Ice Bowl”, it can get out of hand. As of 2014, the NFL doesn’t have a temperature that’s deemed too cold to play in, according to Pro Football Talk. I doubt it ever will. As a big bottom line fan, I’m glad Roger Goodell isn’t letting frostbite get in the way.

“The Ice Bowl” was miserable for everyone involved, but it has a place in NFL history. If there’s one lesson to take away as a fan it’s this: stay home, sit on your comfortable couch and enjoy the game under a mountain of blankets.