Former NFL head coach Tony Dungy had a tremendous run at the helm of the Indianapolis Colts, winning Super Bowl XLI in 2006 against the Chicago Bears, becoming the first black head coach to achieve that feat.

Dungy spent his entire adult life in football, but while he wasn't scheming up Indy's next big play, he could often be found giving back to the community and working with his local church.

In fact, it was through church that Dungy's life was changed forever, as he met his wife and the love of his life, Lauren Harris. 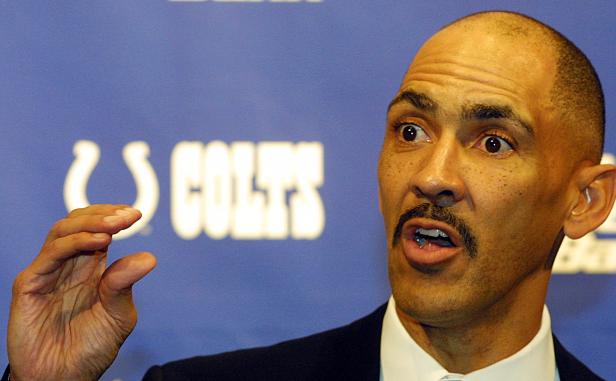 Tony Dungy, the son of Wilbur Dungy and Cleomae Dungy who was born in Jackson, Michigan, had a brief stint as a professional football player following his four-year tenure playing quarterback for the University of Minnesota.

Dungy joined the Pittsburgh Steelers as a free agent in 1977 before latching on with the San Francisco 49ers. He retired in 1980.

In 1981, Dungy returned to the Steelers as an assistant coach in the role of defensive backs coach before being named defensive coordinator in 1984. After three years in that role, he joined the Minnesota Vikings in the same capacity.

Dungy spent seven seasons as HC in Indianapolis, and with his Super Bowl victory in 2006 became the first African-American head coach to hoist the Lombardi Trophy.

In 2008, Dungy retired from coaching. He was inducted into the Pro Football Hall of Fame in 2016. 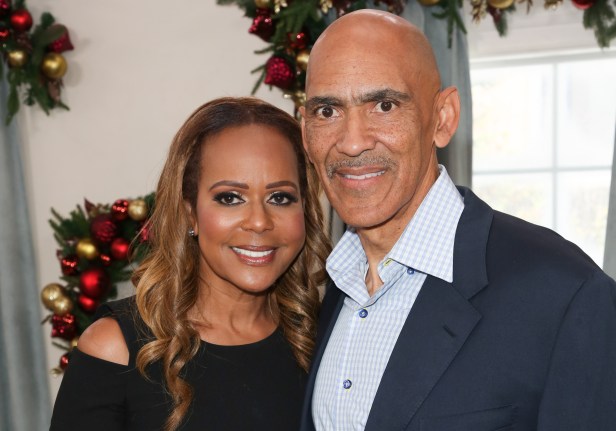 RELATED: Cris Collinsworth and His Wife Settled in a "Dinky Town" & Had 4 Kids

Tony Dungy met his wife Lauren Harris Dungy through the local church, having reportedly been set up by their pastor. The Christian couple got married in 1982, and together are parents to a staggering 10 children, seven of whom were adopted.

Dungy and Harris' biological children are sons Eric and James, as well as daughter Tiara. Eric Dungy played football at the University of Oregon and University of South Florida.

Sadly, their biological son James reportedly committed suicide when he was 18.

Their adopted children are named Jordan, Jade, Jaela, Jaden, Jason, Justin and Jalen, as they apparently became committed to the letter J.

Tony Dungy has 7 adopted kids living under his roof ages 3 to 18 https://t.co/6W9fa5D63m pic.twitter.com/6ZhyhztvLY

Dungy and his wife frequently give back to their community via the organization the Dungy Family Foundation, which aims to "meet the physical, educational and spiritual needs of those in their community."

Furthermore, Dungy acts as the spokesperson for the organization All Pro Dad. Together, the organization and Dungy partner with the Indiana Department of Child Services to recruit families across the state to join the foster care program.

Harris, a former elementary school teacher and Sunday school teacher, became a bestselling author via her and Tony's book, "Uncommon Marriage," which details their love story and the struggles they've encountered and overcome across 30 years of marriage. The couple also wrote a series of children's books. According to Celebrity Net Worth, the head coach turned NBC's Football Night in America analyst boasts a net worth of $10 million.

One of the most successful and longest-tenured coaches the game has ever seen, Dungy has earned his place in football lore, and has inspired many people with his charitable actions off the gridiron, too.