Hockey as a sport often doesn't have nicknames with the creative flair of basketball or baseball. A lot of the time, it's just 20 Canadian guys on a team with "-er" affixed to the end of their name.

But when the NHL does kick up a quality nickname, it tends to be pretty great. Here are the best nicknames in hockey history.

16. Wayne Gretzky: The Great One 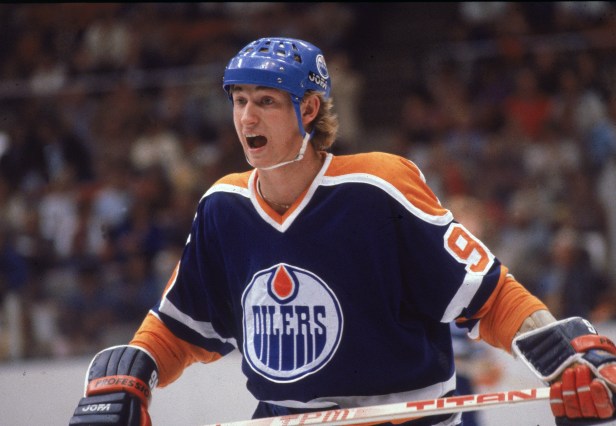 RELATED: Wayne Gretzky's Net Worth Really Makes Him "The Great One"

You can't be a hockey fan and not know the name of Wayne Gretzky; the nickname says it all. The Edmonton Oilers dominated the 1980s in large part due to Gretzky setting every conceivable scoring record in league history -- they didn't win four Stanley Cups and Gretzky didn't win two Conn Smythe trophies as playoff MVP by accident. Gretzky's trade to the Los Angeles Kings in 1988 radically reshaped the hockey landscape, bringing hockey's popularity in southern California to new heights. 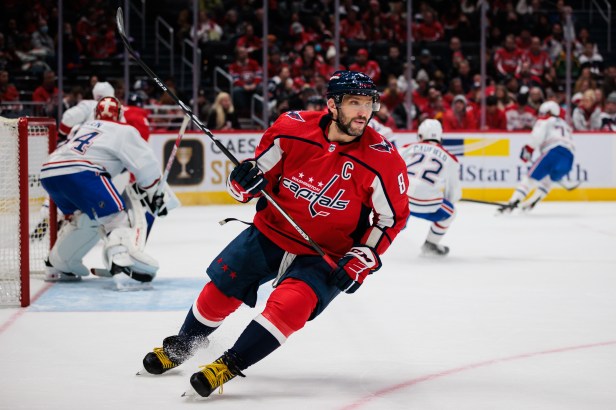 The league has never seen a scorer like Alex Ovechkin of the Washington Capitals. Though he doesn't have Wayne Gretzky's goal scoring record (yet, anyway), Ovechkin owns every adjusted for era scoring record. With the most devastating one-timer slap shot in NHL history and a career's worth of ESPN highlights, Ovechkin scores goals at a staggering clip on the power play from the left circle -- an area nicknamed "Ovi's Office." 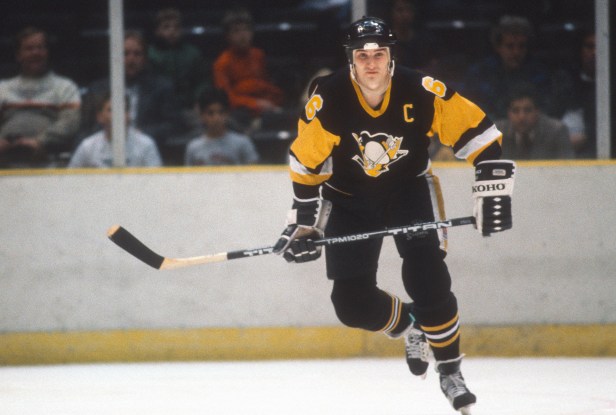 You'll never find a bigger Pittsburgh Penguins hater than I, but this is on the short list for very best nicknames ever. Lemieux had trouble staying healthy, but when he was on the ice, none save Wayne Gretzky were better (and even that's closer than people think). The two are 1-2 all-time in points per game, and the difference between them is 1/10th that of the gap between Lemieux and the No. 3 player (Islanders legend Mike Bossy). "Super Mario" was the perfect nickname for the way Lemieux played -- he really did seem superhuman. 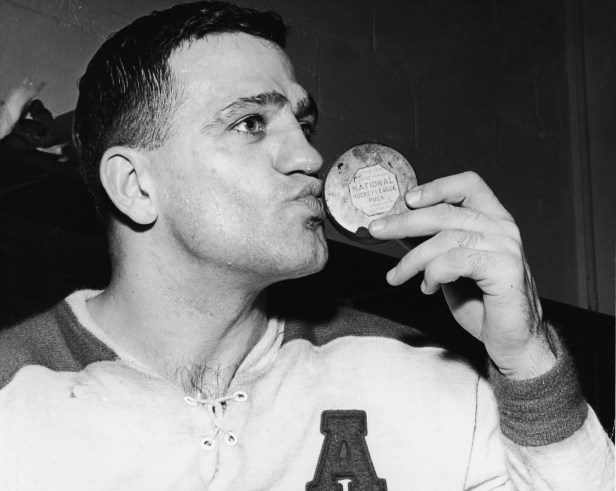 Bernie "Boom Boom" Geoffrion earned his nickname for popularizing the slap shot, but he could've gotten it just as easily for his propensity for physical play. The Montreal Canadiens winger and and member of the hockey Hall of Fame broke his nose six times and received 400 stitches during his career and was once suspended multiple games for hitting another player in the head with his stick. "Boom Boom" indeed. 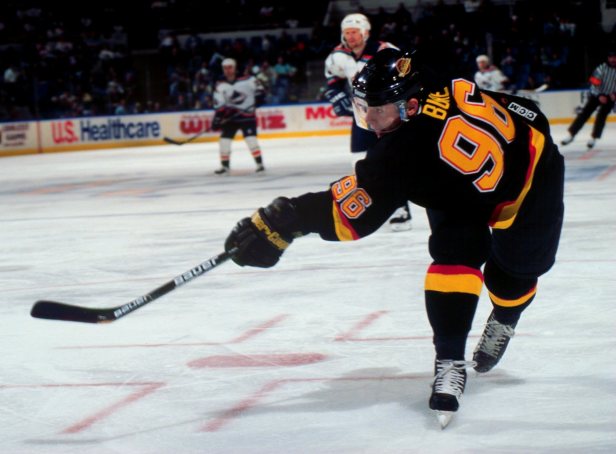 There's never been a more forgotten brilliant goal-scorer than Pavel Bure. "The Russian Rocket" didn't just love to score, he lived to score, blistering goalie creases as lightning on skates for the Vancouver Canucks and Florida Panthers. The problem was he was never healthy. Over 12 seasons, Bure only played 70 games five times and scored at least 50 goals in every one of those seasons. 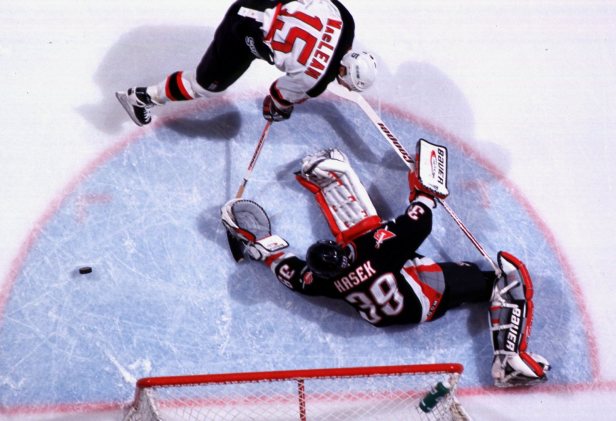 The fun thing about hockey nicknames is the really zealous ones never seen to overstate their case. Wayne Gretzky really was the Great One, Mario Lemieux really was super...and Dominik Hasek dominated in a way no goalie has before or since. The Buffalo Sabres/Detroit Red Wings goaltender won a record six Vezina trophies and two Hart Trophies as unquestionably the best netminder in the league. He had his struggles in the playoffs, but nobody was better during his era than "The Dominator." 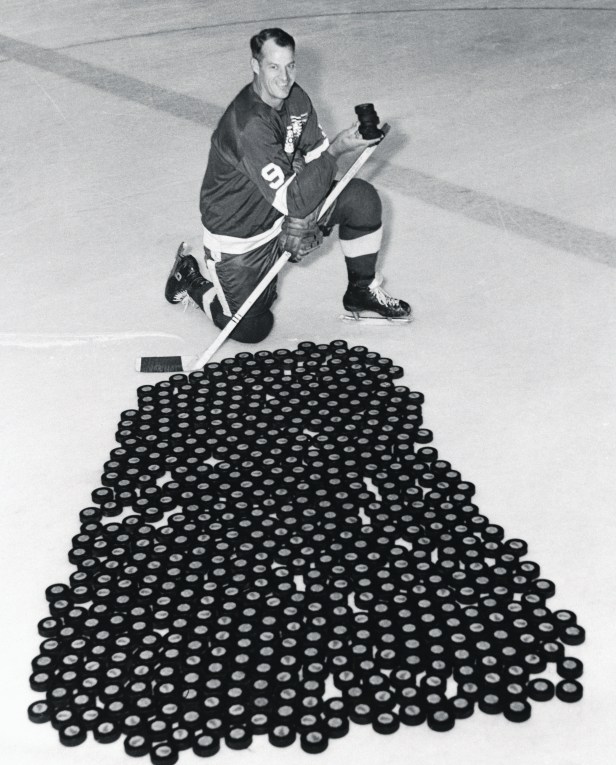 Gordie Howe was hockey, not so much "a hockey player" as "the hockey player." It's hard to express just how much he symbolized the game during his career. The only NHL player to ever score a goal in five different decades (or four different decades), Howe played 26 NHL seasons (all but one for the Detroit Red Wings) and made 21 All-Star teams -- and that doesn't include his six seasons in the World Hockey Association. His last season was at age 51, and he still scored 15 goals. "Mr. Hockey" indeed. 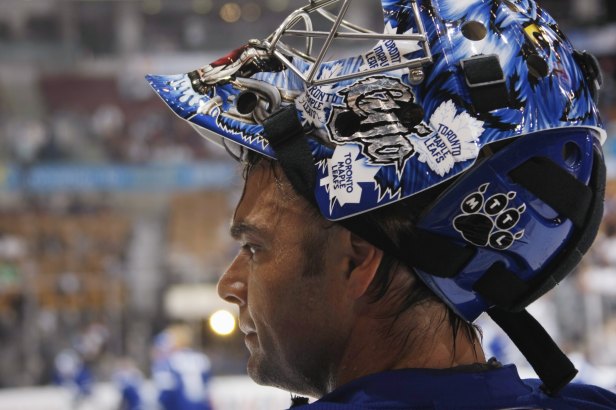 It's rare that a shortened-name nickname like this one is actually good, but "CuJo" is an all-timer. The longtime goalie for the Toronto Maple Leafs, St. Louis Blues, and Edmonton Oilers leaned into the reference to Stephen King's killer dog, painting one on his helmet. CuJo may have never won a Vezina or made the hockey Hall of Fame, but he does have one of the all-time great monikers. 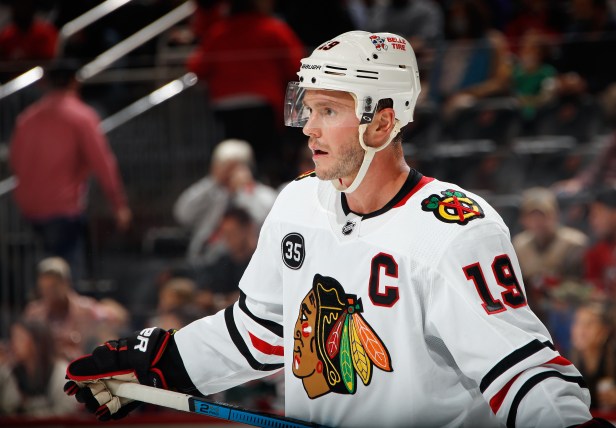 The Chicago Blackhawks longtime Canadian center is known for three things: his two-way play, his leadership, and his complete and total lack of anything resembling a sense of humor. It's the latter fact that earned him his nickname. It's a fitting one, too, considering it's unlikely anyone has ever actually seen him smile. 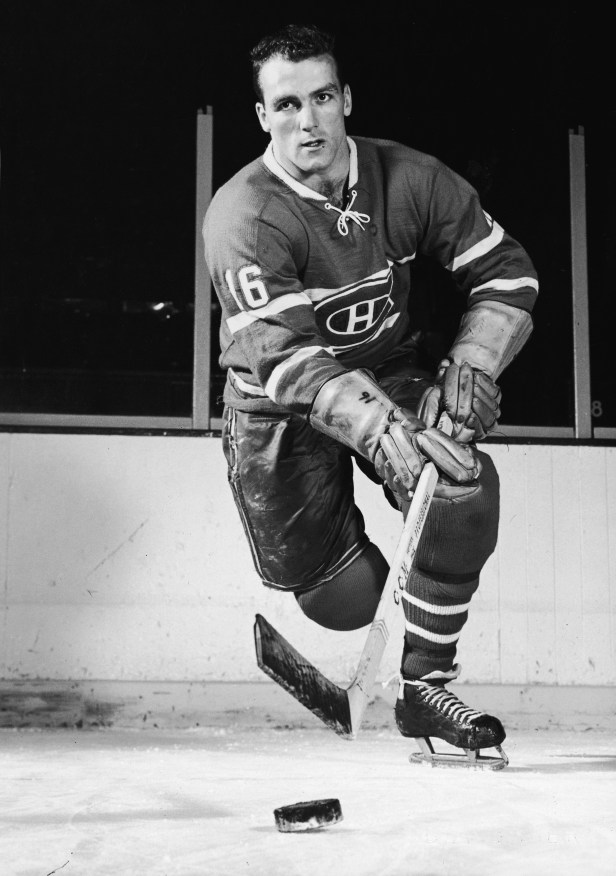 Montreal Canadiens legend Maurice Richard was nicknamed "The Rocket." His younger brother also became a legend for the Habs (winning more Stanley Cups than anyone in league history) and was significantly shorter than his brother. All of these things are true, and all of these things explain why Henri Richard's nickname was "Pocket Rocket." What is inexplicable, meanwhile, is how people somehow looked at "Pocket Rocket," even during the 1960s, and thought: "this seems fine." 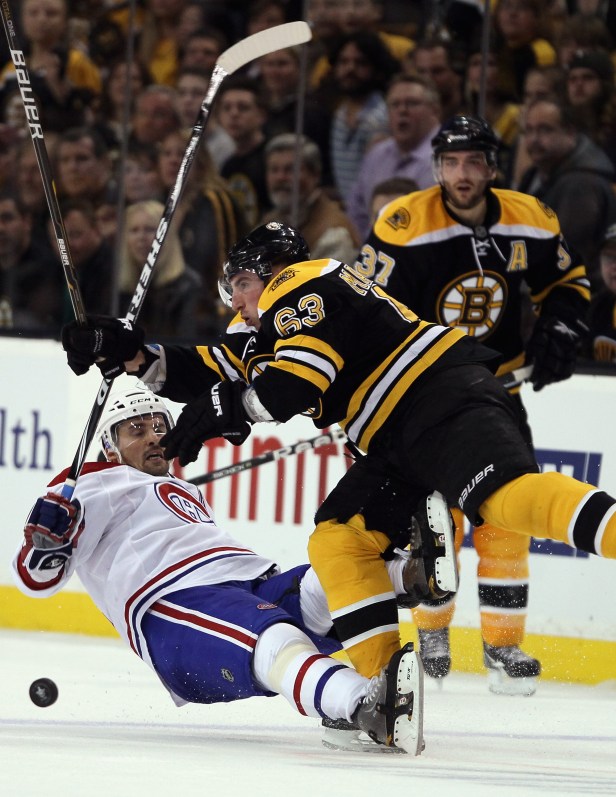 This nickname was so good, it had to be brought back. Brad Marchand of the Boston Bruins sports it now, but long before he did, Pat Verbeek of the...well, of half the teams in the league (New Jersey, Hartford, Dallas, the New York Rangers, etc.) had it. Basically, any time there's a little guy with a lot of anger to give, this nickname probably won't be far behind. 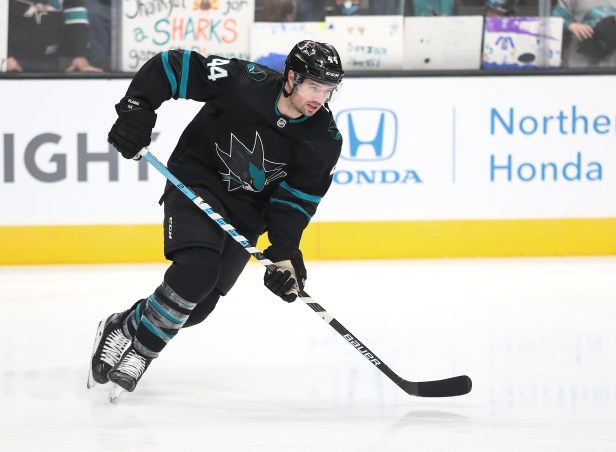 Career San Jose Sharks defenseman Marc-Edouard Vlasic is a good if unspectacular player with an all-timer of a nickname. Vlasic earned this nickname because...well, because Vlasic makes pickles. Look, sometimes the nicknames don't have to be complex to be great. 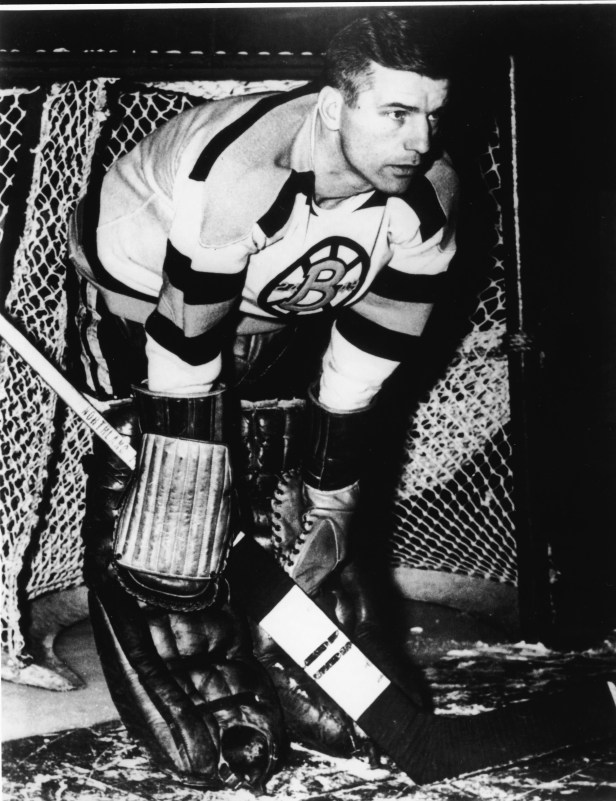 Frank Brimsek is one of the all-time great forgotten goalies, making eight All-Star teams and winning two Vezina Trophies and two Stanley Cups with the Boston Bruins. But it's weird that he's been forgotten, considering he might have the greatest goalie nickname ever: "Mister Zero." This one requires no further explanation. 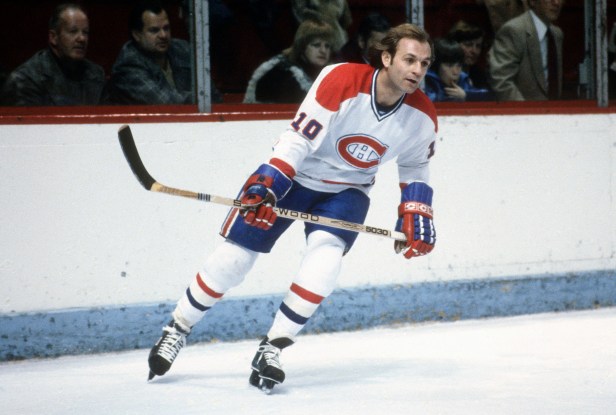 Guy Lafleur's other moniker, "Flower," may be the one he's best-remembered by, but for my money, "The Blond Demon" (but in French) is way better. The Montreal Canadiens winger won two Hart Trophies and led the league in scoring three times in the 1970s, his signature blond hair streaming out behind him the entire time. 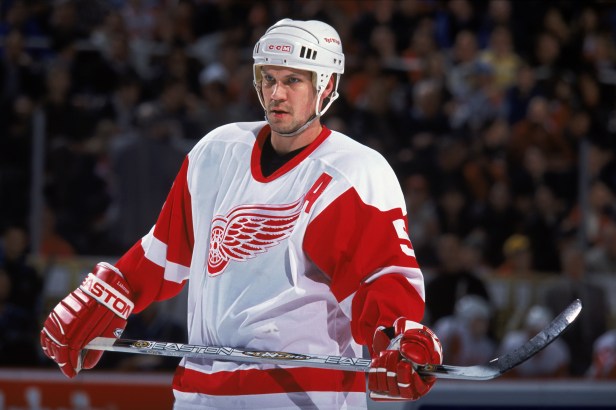 Detroit Red Wings defenseman Nicklas Lidstrom did everything perfectly: he skated perfectly, he defended perfectly, he shot perfectly -- he even dressed perfectly. Lidstrom made 12 All-Star teams and won seven Norris Trophies as the defining defenseman of his generation. It's no wonder his teammates nicknamed him "The Perfect Human." 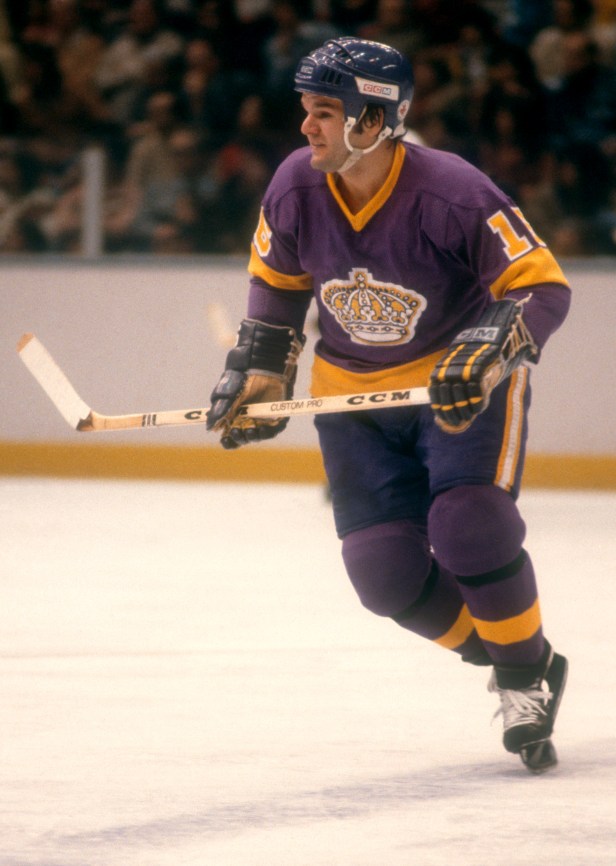 I don't know what it is about hockey and deeply absurd nicknames, but this one might even be better than "Pocket Rocket." Before Wayne Gretzky came to Los Angeles, the Kings had one superstar: diminutive center and brilliant goal scorer Marcel Dionne. Dionne's has 731 goals rank 6th all-time.