Semi-retired Olympic announcer Bob Costas is the Michael Phelps of calling events. With 28 Emmy wins to his name, try and tell me I'm wrong.

Phelps has 28 medals, 23 of which are gold. Costas has 28 Emmy awards, 23 of which are sports Emmys. He's called every Olympic Games that Phelps competed in and then some. Costas is comfortable in the booth like Phelps in an overchlorinated pool. From the big leagues of the MLB to CNN, Costas might be the greatest to have ever done it.

The 70-year-old Costas is a St. Louis native who now lives in New York. He's on his second marriage, which has lasted 18 years and counting. His first marriage lasted slightly longer, and he has two children to show for it. But who are the two women one of sports' famous voices fell for? 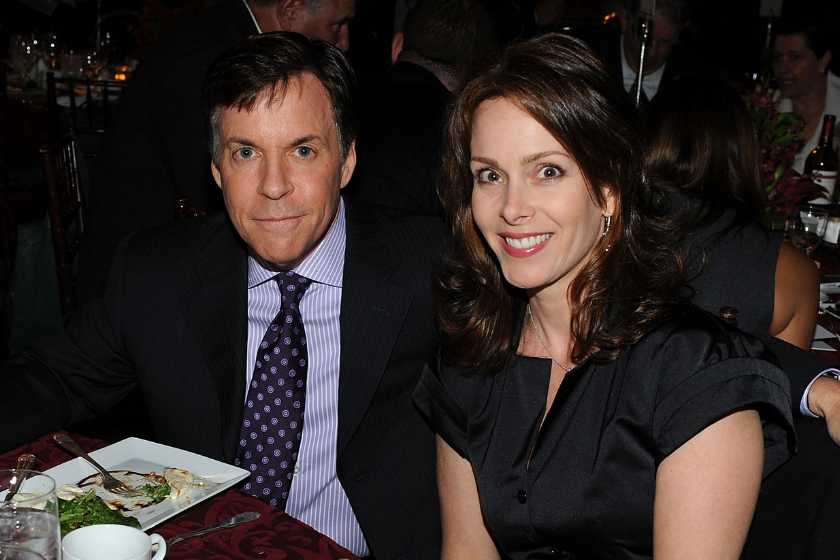 Photo by Stephen Lovekin/Getty Images for The Miami Project

Bob Costas married Jill Sutton in 2004. They dated for a couple years before tying the knot.

They don't have any children together, and information on Sutton's personal life is unknown to the gutters of the Internet. Costas still considers St. Louis to be his home, but he lives in New York City with Sutton. They also reportedly bought a $4.7 million house together on the Newport Coast near Los Angeles, California.

Costas has a tight-knit family life that extends beyond his wife. He is on good terms with his in-laws, who expressed concern when Costas had on-air conjunctivitis at the 2014 Sochi Olympics. Costas has two children from a previous marriage. Both of his children work in sports broadcasting and have won Emmys, but more on them in a moment.

Carole "Randi" Krummenacher is Bob Costas's first wife. They were married from 1983-2001. 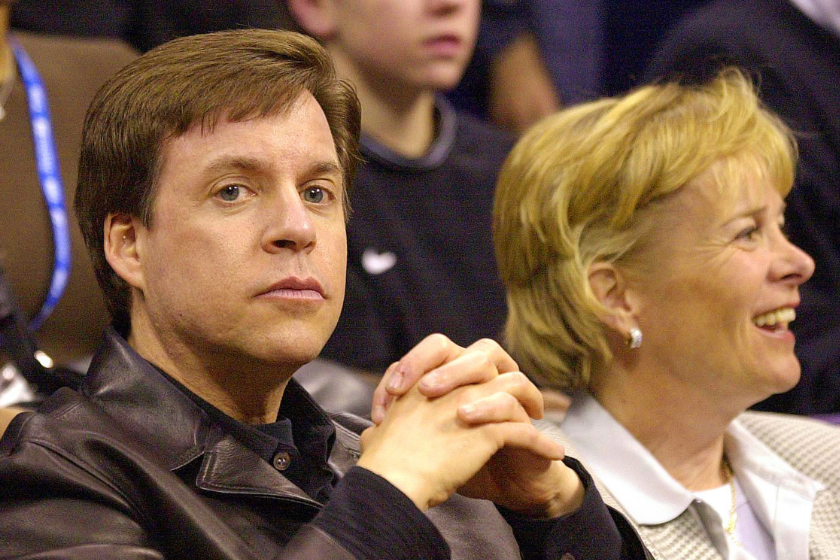 Carole "Randy" Randall Krummenacher is Bob Costas's ex-wife. When she was still Bob Costas' wife, the pair had two children. Even less information is available about Krumenacher than Sutton. Here's what is known: Bob and Carole had two children, son Keith Costas and daughter Taylor Costas.

Keith Michael Kirby Costas can be seen playfully mocking his father in the above clip. Keith was first named 'Keith Michael Costas,' but 'Kirby' was later added because of a funny story.

Bob Costas once jokingly promised Minnesota Twins center field player Kirby Puckett to name his child Kirby if Puckett could improve his batting average. Keith was born, and Costas forgot about his joke bet. Puckett, however, had been improving and had not forgotten about the wager. When he reminded Costas of the stakes, Costas stayed true to his word. Kirby was thus added to the birth certificate.

Taylor Costas, Bob's youngest and only daughter, won an Emmy as an NBC associate producer for the 2012 Summer Olympics. Television talent runs in the Costas clan.

Bob Costas's net worth goes deeper than a Costas interview. According to Celebrity Net Worth, his estimated net worth is $50 million, which means he can go full-retirement whenever he wants. He will go down as one of the greats, just like the athletes he covered.

Robert Quinlan Costas is an elite-level American sportscaster. His career has spanned decades, millennia and two marriages. He grew up in Queens, New York, attending Commack High School South. Wanting to be near his mother, Jayne Costas, Bob stayed in the Big Apple for College.

After graduating from Syracuse University, Costas took a KMOX radio gig calling games for the St. Louis Spirits of the defunct American Basketball Association. There's an intriguing ESPNFilms "30 for 30" on the Spirits and the ABA.

Teams like the St. Louis Spirits served as the inspiration for at least one Will Ferrell comedy, "Semi-Pro." Costas was only semi-professional when he called ABA games, but his professional career would far outgrow KMOX.

Costas paid his dues on the sports broadcasting circuit. He's called everything from the MLB Network's "MLB Tonight" to the "NFL on CBS" to the Chicago Bulls NBA play-by-play to the "NFL on NBC" to Missouri Tigers basketball to summer and winter Olympics to thoroughbred horse racing, also on NBC Sports. He even called the satirical game of "BASEketball," but that was for a movie with the creators of South Park.

Costas was a prime-time host on HBO with "Costas Now" and "On the Record with Bob Costas," where he cemented his reputation for in-depth interviews. (Reportedly, Costas is reviving his HBO interview show in 2021, calling it "Back on the Record.") He also hosted a late-night show in the late '80s and early '90s called "Later."

Costas is a sports journalist that the American public can trust. He's spoken out against the NFL's treatment of players affected by concussions and CTE. His educated view on CTE may have forced him into early retirement from NBC as the Big Peacock makes billions off the NFL's hard-hitting ways (Sunday Night Football on NBC). NBC may not like it, but Costas speaks the truth.

Costas is a man of his word, even if he's been married twice.

This article was originally published on Jul 22, 2021, and has been updated since.

MORE: Stephen A. Smith's Net Worth Is Bigger Than His Mouth