From The Real World to WWE Star: How The Miz Made His Dreams Come True 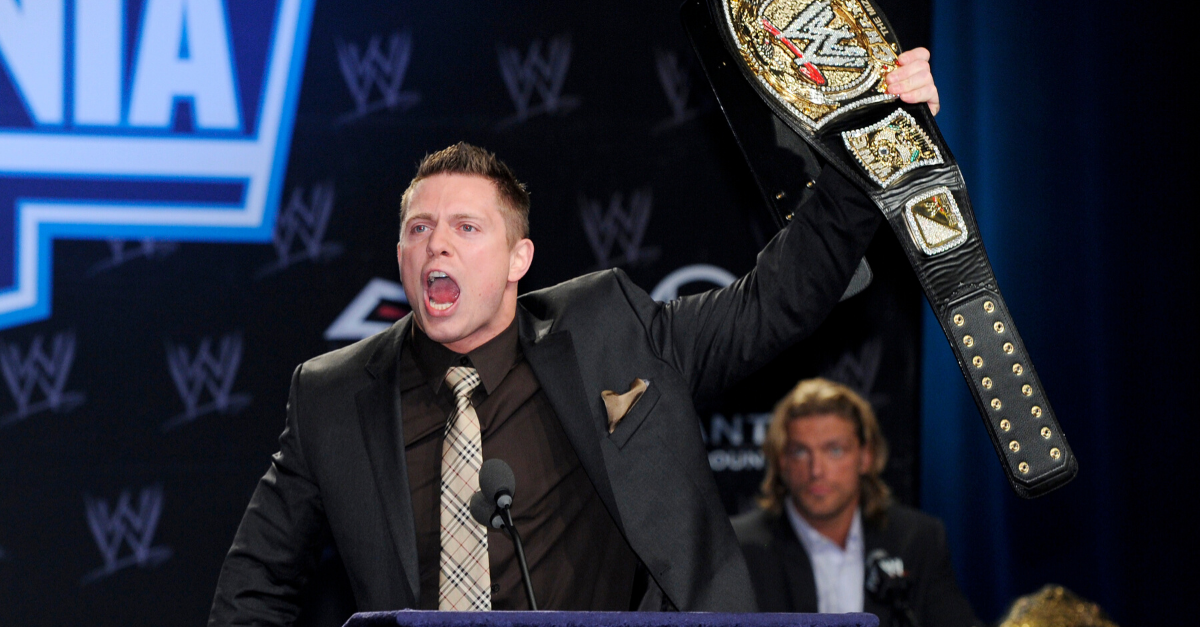 In Season 10 of MTV’s The Real World: Back to New York, Mike Mizanin revealed his alter ego, The Miz. Interestingly, he was getting mocked at by one of the other roommates, Coral Smith, who even told him that he needed to get some help. Also, during the episode, cameras rolled as Mizanin was as a toy store and saw a WWE Championship replica.

Of course, in order to solidify his alter ego, Mizanin had to buy the title. While he was initially mocked at, the same two ladies started to wrestle around with him, realized how fun it was to wrestle for his self-proclaimed “RW Title,” and had a change of heart.

Mizanin took this same quest to prove doubters wrong when he actually pursued his dreams to become a WWE Superstar and began his career as a wrestler two years later for the Ultimate Pro Wrestling promotion.

In 2004, Miz was a part of the Tough Enough competition, continuing his reality show gimmick during the competition. Although Mike “The Miz” Mizanin was unable to win the challenge, which was ultimately won by Daniel Puder, he did get a WWE opportunity by starting his career in the developmental territories Deep South Wrestling and then Ohio Valley Wrestling.

The Miz lost to Elijah Burke in a loser leaves town match in 2006, which was a way to bring him up to the main roster. Surprisingly, Miz picked up some quality wins on SmackDown against names such as Tatanka, Matt Hardy, and Scotty 2 Hotty, but his momentum slowed down with losses against The Undertaker, Kane, and Kofi Kingston.

Only a year on the main roster, The Miz continued to have a good spot on the card, as he pursued the ECW Championship in 2007. Although he was unable to win the title from John Morrison, he aligned with him to become a tag team.

When Miz & Morrison lost their tag titles, they only teamed for a short time before Miz turned on Morrison to return to his singles career. Miz picked up his first singles title when he defeated Kofi Kingston for the United States Championship on an episode of Raw in October 2009, and retained it until May 2010 after losing it to Bret Hart. He regained the title by defeating R-Truth in June 2009, and retained the title for three months before losing it to Daniel Bryan.

After seven years in the business, and once on reality TV shows The Real World and spin-off Real World/Road Rules Challenge, Mizanin’s dream was achieved after defeating Randy Orton on Raw to become WWE Champion. Although many thought that this reign was going to be short, Miz was able to retain the title for six months. In fact, he was even able to defeat John Cena in the main event of WrestleMania XXVII due to interference by The Rock.

The Miz has some cool swag, too.

Although his WWE Champion reign was his only one to date, Miz started his quest to become the greatest Intercontinental Champion of all time. He won the title for the first time in 2012, after defeating Christian at the Raw 1000 event. Since then, he has won the title a total of eight times, with his last reign following defeating Roman Reigns on the Raw 25th Anniversary show. Miz retained the title until losing it to Seth Rollins at WrestleMania 34 in a triple threat match including Finn Balor.

At eight reigns, Miz is now only one shy of tying Chris Jericho’s record of total reigns.

Now, the former reality TV star who only wished to step foot in the WWE ring has racked up on impressive professional wrestling resume with a WWE Championship reign, as well as two times as United States Champion and eight times as IC Champion.

His promos on Real World has led to his own television show on the USA Network with his wife Maryse, Miz & Mrs., and he has used his success as professional wrestler and reality series star to recently purchase a $6.4 million mansion, in Westlake Village, as reported by the Los Angeles Times.

Not too bad for the Parma, Ohio native.