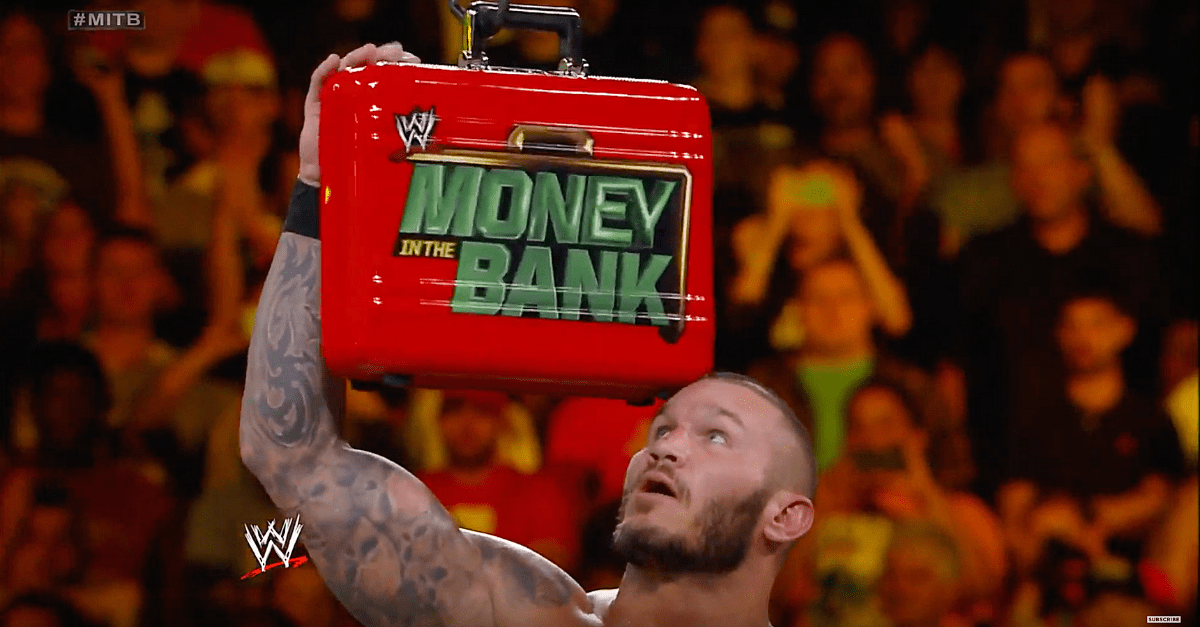 The WWE Money in the Bank ladder match commenced in 2005, and was initially announced by Chris Jericho during an episode of Raw several weeks prior to WrestleMania 21. At the event, Edge was able to win the inaugural Money in the Bank match and retain the briefcase for nine months before cashing it in against John Cena at the New Years Revolution pay-per-view.

14 years later, Money in the Bank has become one of the most unpredictable events in WWE and became its own stand-alone pay-per-view in 2010. On Sunday, May 19, 2019 at the XL Center in Hartford, Connecticut, this year’s men’s MITB match involves Randy Orton, Finn Balor, Andrade, Ali, Baron Corbin, Ricochet, Drew McIntyre, and Sami Zayn, while the women’s Money in the Bank ladder match participants include Dana Brooke, Natalya, Naomi, Alexa Bliss, Bayley, Mandy Rose, Ember Moon, and Carmella.

Throughout the history of MITB, there has been an over 80% success rate, which makes the chances of a cash-in quite high. Here are five former winners who successfully cashed their briefcase to become a world champion.

From 1998-2005, Edge cemented himself as a solid middle-tier talent who was climbing vigorously to reach the top level. He even competed in the Elimination Chamber match for the World Heavyweight Championship at the 2005 New Year’s Revolution event, but was the first person eliminated.

Before grabbing the inaugural Money in the Bank briefcase, Edge’s character took a turn to the darkside, feeling fed up about being overlooked as a top talent. This decision proved to be beneficial, as he successfully cashed in his briefcase against John Cena at the New Year’s Revolution in 2006, winning the WWE Championship for the first time of many more to come.

RVD won his first and only WWE Championship after winning the Money in the Bank ladder match at WrestleMania 22 in 2006. RVD became the first person to announce when he was going to cash in his contract, as he had his sights set for John Cena at the One Night Stand pay-per-view.

His title run was short-lived, though, as Edge won a triple threat match with RVD and John Cena on the July 3, 2006 episode of Raw to win the WWE Championship for the second time.

CM Punk is the only two-time Money in the Bank winner. Edge was also a two-time contract holder, but this was due to defeating Mr. Kennedy ? the 2007 WrestleMania 23 MITB match winner ? forcing Kennedy to relinquish his contract. Punk was able to seize the briefcase at back-to-back WrestleMania events, winning it at both 24 and 25.

At the inaugural Money in the Bank pay-per-view event, The Miz defeated Chris Jericho, Randy Orton, Mark Henry, Ted DiBiase, Edge, John Morrison, and Evan Bourne to earn an opportunity to cash-in for the WWE Championship.

Four months later, Miz would cash-in his contract on the November 22, 2010 episode of Raw against Randy Orton. While many felt that his title match was not going to be long, Miz surprised many by defeated John Cena at WrestleMania 27 to retain the title. Miz lost the title to John Cena at the 2011 Extreme Rules event, ending an over six-month reign.

Dolph Ziggler’s Money in the Bank cash-in is viewed by many as the greatest in the history of the series. Ziggler was able to win the ladder match at the 2012 Money in the Bank pay-per-view, outlasting Cody Rhodes, Christian, Sin Cara, Damien Sandow, Tyson Kidd, Santino Marella, and Tensai. Ziggler is the third-longest person to hold the contract (267 days) before cashing it in, but his moment was worth the wait.

On the Raw after WrestleMania in 2013, Alberto Del Rio successfully defended his World Heavyweight Championship against Jack Swagger and Zeb Colter in a handicap match. Following this match, Ziggler ran to the ring, cashed in the contract, and received a bigger pop than any other briefcase winner after he won the title.

ANYTHING can happen in a #MITB Ladder Match…

… And it usually does. pic.twitter.com/WBYEFUsDI0