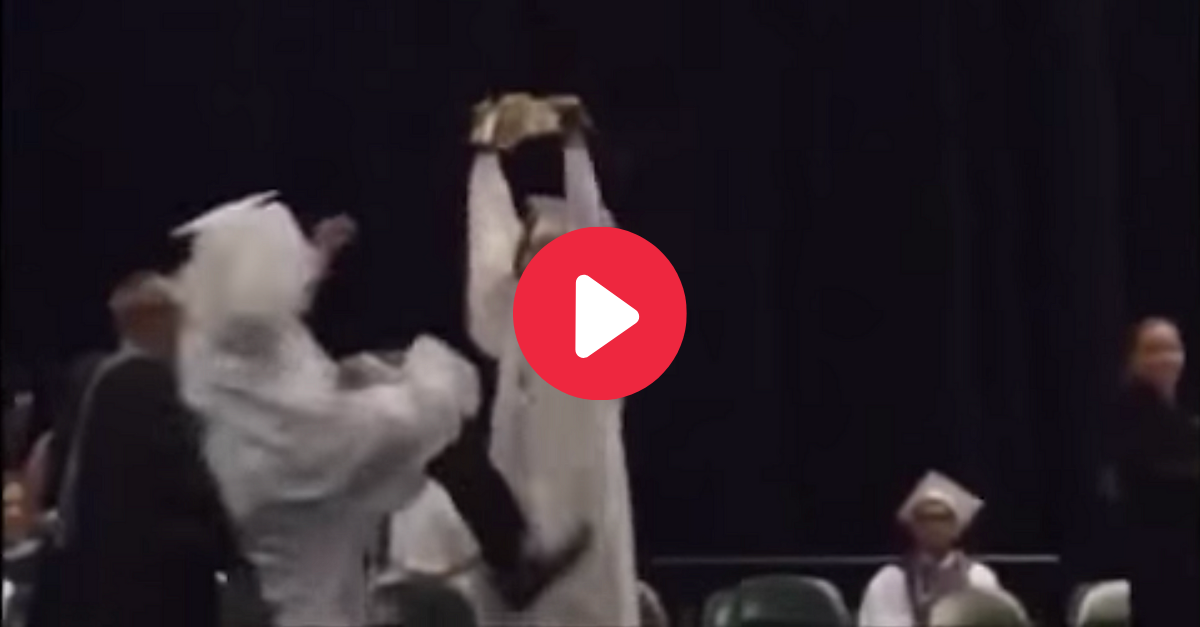 The two students that became viral sensations by pulling off a Stone Cold Stunner at their graduation ended up in trouble for their stunt.

Nicholas Dean and Joseph Castro became famous for bringing a WWE title belt to graduation and doing a “Stone Cold Stunner” on stage, they quickly were in hot water with their school, Miami Southwest High School. According to Miami Local 10, the students were not given their diplomas after the move.

Students Who Pulled Stone Cold Stunner: “Worth It”

“They told us we should be embarrassed and ashamed,” said Dean.

“The administration was ‘very disappointed’ that we had done that,” Castro said.

“It doesn’t look good on them, and I’m sorry about that, but there’s nothing I can do about it now,” Dean said.

When asked whether it was worth it in the end, they were in agreement (and I agree with them) that it totally was.

“Totally worth it,” said Castro.

The video is 10 times better with Jim Ross commentary over it:

This post was originally published on June 7, 2015, but the stunt remains legendary.