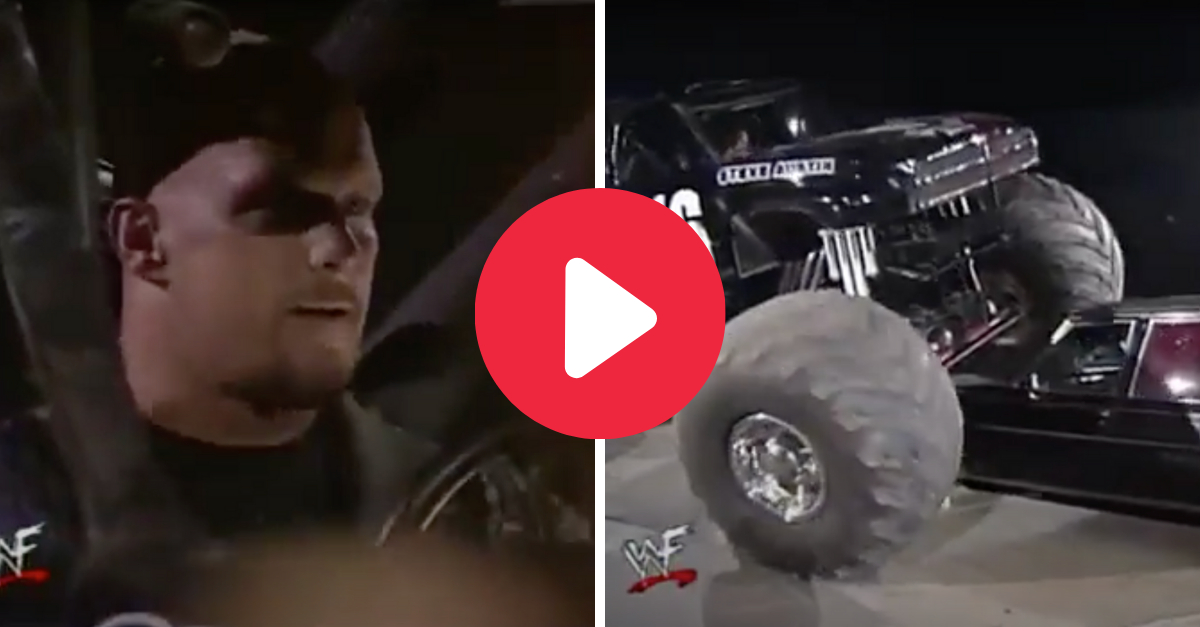 The feud between Stone Cold Steve Austin and Vince McMahon is undoubtedly one of the greatest feuds in WWE history. Austin’s breakout moment was his 1996 King of the Ring tournament win, which birthed the “Austin 3:16” brand.

Still, at this time, Austin was one of the most hated names in the WWF, until his anti-hero persona caused fans to cheer him. This also caused a double-turn against Bret Hart at WrestleMania 13 in 1997, and Austin began to rise in popularity as a fan favorite during the Attitude Era.

As Austin ascended into main event talent, his rebellious ways toward authority drew the ire of Vince McMahon. Namely, during the set-up of the match at WrestleMania 14 between him and Shawn Michaels, which brought in Mike Tyson as a special enforcer. Austin was able to overcome the momentum of Michaels and D-Generation X, and win the WWE Championship for the first time.

As McMahon made it a mission to damper the popularity and success of the Texas Rattlesnake, he used several wrestlers to try to thwart Austin’s mission to stay at the top of the heap. Names such as The Rock, The Undertaker, Kane, Mankind, and others were aligned with McMahon against Austin, but somehow, Austin still found a way to one-up “Mr. McMahon.”

A segment that doesn’t get referenced much compared to other #StoneCold segments.@steveaustinBSR drives over @TheRock’s car with a monster truck then puts him in a grave. @shanemcmahon hits #Austin with a shovel & stands tall with the #SmokingSkull 💀 belt.#Raw #AttitudeEra pic.twitter.com/2irxPkKtee

One of these occasions was the April 19, 1999 episode of Monday Night Raw. The week before, The Rock brawled with Austin on a bridge, which led to Austin falling into the water underneath it. The Rock performed a “eulogy” on the following Raw, wearing Austin’s Smoking Skull title. All of a sudden, the cameras go to the outside, which shows Austin driving a monster truck. Austin then drove The Rock’s car to an open space, and jumped back in his monster truck to run over Rock’s “new Lincoln”.

He proceeded to run over the car for a second time, and then drove the monster truck to the entrance ramp. He then crushed the front end of the hearse, and attacked The Rock. The segment ended with Austin celebrating and seizing his title back, but was sneak attacked by Shane McMahon, who hit him in the back with a shovel.

This whole segment could have went quite differently, as explained by Austin during a 2017 episode of the Steve Austin Show podcast. “I didn’t know how to drive a truck,” Austin revealed on his show (h/t news.com.au). He added, “I learn to drive the monster truck after about 15-20 minutes in the parking lot.”

Austin stated that he had to go back to a holding room while in the truck, with the truck “churning out exhaust fumes.” As the exhaust fumes were churning, Austin began breathing them in, which left him nearly unable to breathe. He stated that if the producers would have waited any longer than the commercial break to cue him to go, he would have driven the truck away from that area anyway, because he felt like he was about to die and needed a breath of fresh air.

This was not the only time that Austin drove an enormous vehicle to the arena, as he rode in the arena with a zamboni beer truck on the September 28, 1998 episode of WWE Raw, and also poured cement into McMahon’s corvette using a cement truck.

Segments like these is just one of many factors of why the Stone Cold Steve Austin character is one of the greatest in WWE history, and is why he is a WWE Hall of Famer.

This article was originally published on August 23, 2019.