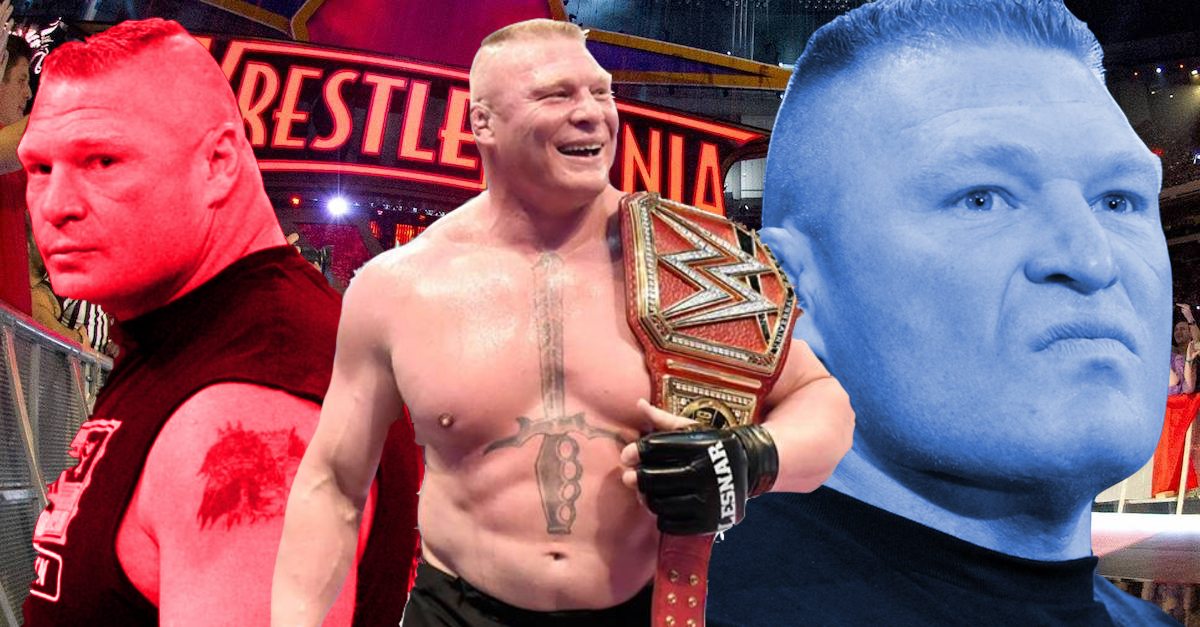 Brock Lesnar won the WWE Universal championship back at WrestleMania 33 over Goldberg, and somehow after nearly a full year, he’s spent less time on television(*) than Seth Rollins did on Monday Night Raw during his historic gauntlet match.

Here’s a neat graphic that the Meme Elite threw together on Twitter depicting exactly what has gone down:

Rollins was in the ring for a whopping one hour, five minutes after defeating Roman Reigns and John Cena before eventually falling to Elias.

Lesnar, on the other hand, has had sporadic appearances since April 2, 2017:

That adds up to just over 62 minutes in the ring. Even if you included his victory over Goldberg at WrestleMania, it would only be 67 minutes of wrestling on television.

Lesnar also appeared on house shows against Joe, Sheamus and Kane over the past year, so he may have actually appeared for WWE more than Rollins’ one night.

But as Uproxx points out, if your point is that the champ may have narrowly beaten out Rollins’ one night with a handful of off-air appearances, that’s pretty weak.

We’ll see if WWE’s rumored WrestleMania 34 schedule changes anything in the organization, but we’d imagine the champ should be wrestling for more than an hour over a full year.