Five facts even diehard fans of Hulk Hogan may not know 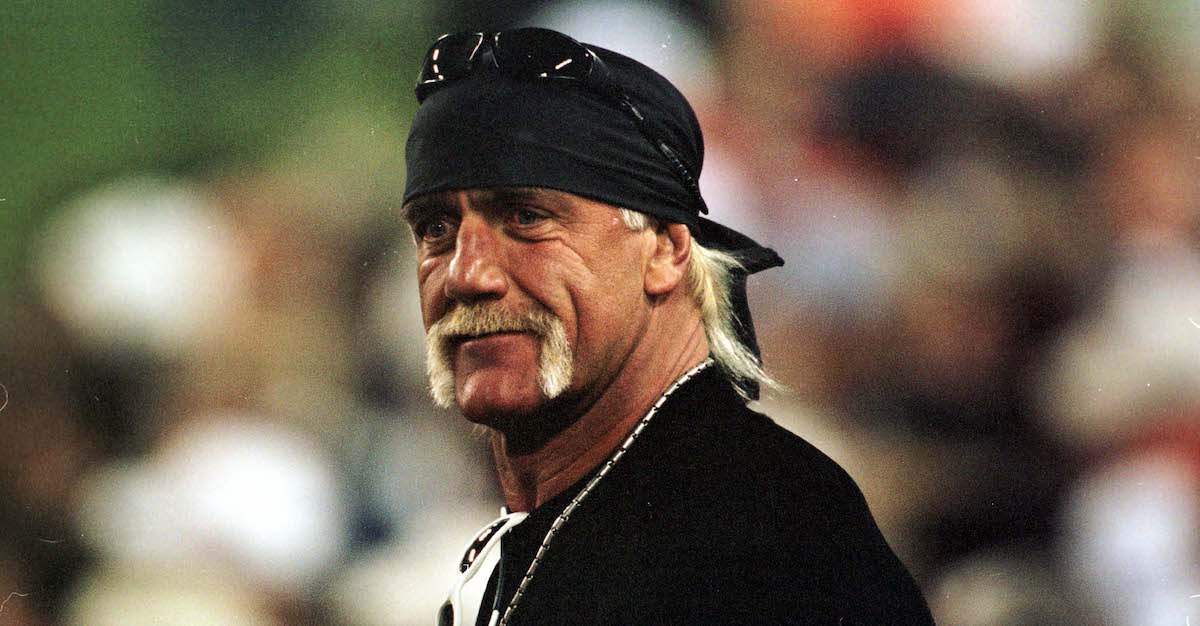 Hulk Hogan is one of the greatest wrestlers of all-time.

He was a 12-time champion (six times WWE, six times World Championship) and had an in-ring career that spanned more than three decades from 1977 until 2012.

Above are five facts even some diehard fans of the Hulkster may not have known.

Aside from those five facts, Hogan has had quite the career.

In the filming of Rocky III, back in 1982, Hogan played “Thunderlips,” the “Ultimate Man” who wrestled Rocky (Sylvester Stallone), “the Ultimate Meatball”  or charity.

Another flashback and another reason why it's not such a great idea to always do your own stunts! I met Terry Bollea aka THUNDERLIPS aka HULK HOGAN In the very early 80s when I was directing Rocky III. AT 6feet 7 and 295 pounds with 24 inch biceps ! He was an amazing athlete! Incredibly powerful. I remember a violent move where he threw me into the corner , charged across the ring like an ENRAGED bull and leaped so amazingly high Above me,that his shinbone actually came down giant tree on my collarbone , and I tumbled to the floor. I was afraid to look at my shoulder for about 10 minutes … I said "don't roll me over , don't move me, " because I was sure there was bone protruding through my upper chest ! Of course there wasn't but I have never felt such a mind numbing pain from a massive hit before or since that day! HULK Just didn't know his own strength. Believe it or not when he jumped into the audience to fight with the stuntmen , three of them had to be treated at the hospital. Great guy, great friend, his presence made the Film very very special. HULK , if you're reading this, it was a privilege to be mangled by such a gentleman.

Stallone wasn’t the only who felt Hogan’s power, brother. Stallone says during the scene in which Hogan jumps into the crowd, three stuntmen were injured.

In case you’ve forgotten that great scene, here it is:

Hulk Hogan rises to fame, then turns on his fans

Later in Hogan’s career, on July 7, 1996 at Bash at the Beach in Daytona Beach, Florida, Hulk Hogan turned his back on all the Hulkamaniacs and joined forces with Scott Hall and Kevin Nash to form the NWO in WCW.

Hogan’s actions prompted the thousands of fans in attendance to shower the trio with boos and trash as Hogan cut the promo hear around the world: he was trading red and yellow for black and white.

The NWO was obviously a huge success for WCW and dominated its programming years after the Bash at the Beach incident.

For Hogan, it might have been the biggest moment of his career, just for the risk alone, at turning the fan-favorite heel for a rising wrestling promotion.

According to WCW legend Eric Bischoff, the change from Good Guy to Bad Guy wasn’t natural or easy right away for the Hulkster.

In an interview with Sports Illustrated, Bischoff revealed how “unsure” Hogan was about the change to his character, but also adding that he eventually figured it out and he ended up buying in and running with it.

“Hulk got very comfortable in that heel role, but initially, it was very hard for him. He was so unsure how the fans would react after being so familiar seeing him as a babyface for so long. There was a big part of Hulk Hogan that loved being a heel, and once he connected to that character, and once the audience connected to that character, he thoroughly enjoyed it.”

Hogan being “unsure” about turning heel at the time makes a lot of sense because even though his babyface character had gotten stale to a lot of wrestling fans, he was still a highly recognizable and popular figure because of that character. To move away from that was a huge risk, and it’s something John Cena probably thinks about a lot, too because in wrestling there are no guarantees.

Still, the change obviously worked and Hogan went on to have an incredible run as one of the best heels the business has ever seen.

It all worked, though, and this moment and that faction will be remembered and talked about forever because it was just too sweet.

Back in 2016, Hogan’s history with the WWE had been wiped clean from the organization’s website after an alleged racist rant emerged through leaked tapes.

Hogan has since publicly apologized for the rant as he’s worked to mend fences in the WWE.

Hulk Hogan on the “next” Hulkster

Hogan has worked to rebuild his image, staying mainly out of the spotlight, working at his beach shop in Clearwater, Florida, and offering his thoughts on the business.

WWE’s SummerSlam event was a wild, six-hour event that involved plenty of title changes and the main belts surprisingly being defended successfully.

Even though he didn’t win the WWE Universal title, Braun Strowman came out of the event looking like a major star.

He didn’t take the pin, dominated the match on all sides and threw Brock Lesnar around like a rag doll. That caused the legendary Hulk Hogan to toss out Strowman’s name as the “next Hulkster.”

Hanging at the beach thinking,I should've been the ref or @BraunStrowman manager,he looks like the new Hulkster to me brotherHH #summerslam

Hogan’s return has been teased for awhile. Could this be the way the Hulkster makes his triumphant return to the ring? We’ll just have to wait and see.