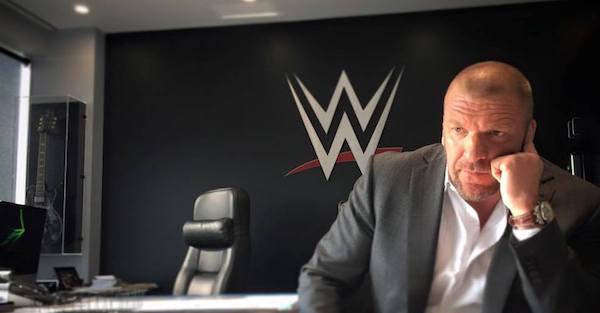 With Triple H being the guy who helped get Jeff Jarrett the 2018 WWE Hall of Fame nod, is the latter about to join the former’s backstage team, possibly in NXT?

This isn’t as much conjecture as it is a connecting of the dots — if you really want them to be connected.

Sports Illustrated went on a mini-report about Hunter, with help, being the guy who aided Jarrett to his new position in the WWE Hall of Fame. Parlaying that with the recent hiring of former TNA employee Jeremy Borash, SI surmises that the next big question is if Jarrett fits in with Triple H’s NXT behind-the-scenes team.

Jarrett founded TNA after his time in big boy wrestling was over. The idea of him helping a developmental product like NXT seems about right given that background — until you realize how he largely used TNA to book himself strongly. Then again, Triple H might appreciate that.

As other reports have surfaced stating Hunter is about to take over plenty of the duties usually reserved for Vince McMahon, maybe Triple H feels like he needs someone with actual experience in running a wrestling company by his side.

Fine. Whatever. It is all conjecture at this point.

For whatever it is worth, while Jarrett does have some allies in the WWE, there are plenty who have long standing heat with the man. Most notably, Kurt Angle, as his ex-wife is now with Jarrett and “Woken” Matt Hardy, whose battle with the Hardy family aided in him jumping back to WWE from Impact Wrestling.