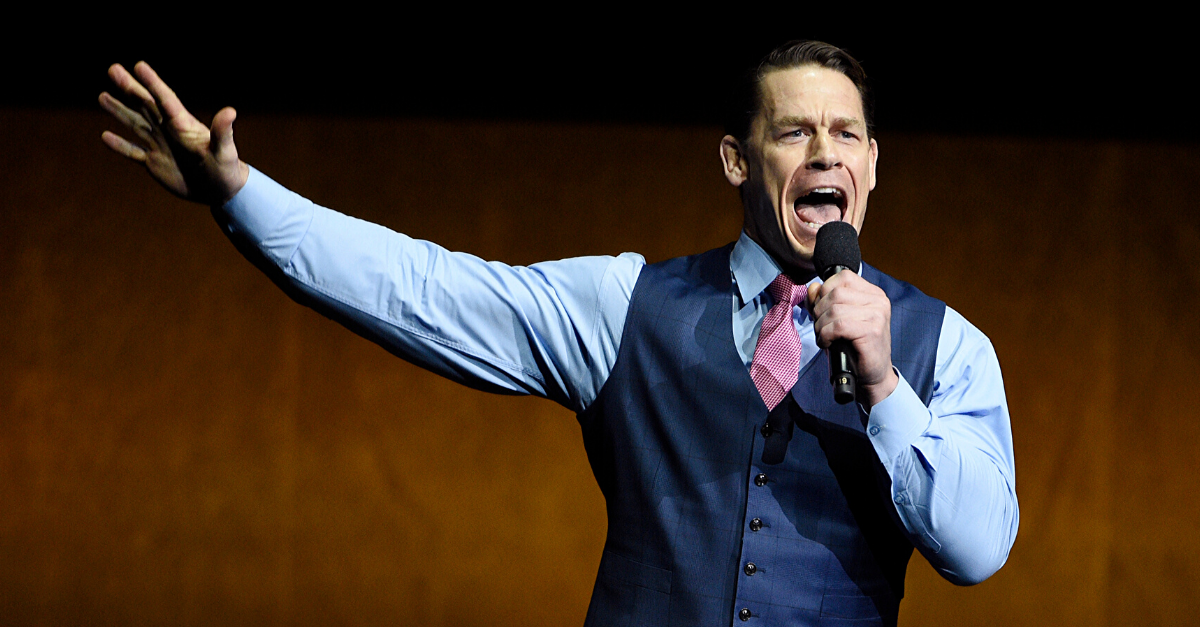 16-time World Champion John Cena has been away from the company from a full-time basis over the past couple of years, as he is now heavily involved in the Hollywood movie scene. At the WrestleMania 34 pay-per-view, Cena lost in quick fashion against The Undertaker after failing to win the Royal Rumble. He then began calling out The Undertaker, but this was received on deaf ears until the night of, in New Orleans. At WrestleMania 35, Cena made a surprise appearance to interrupt Elias, returning to his “Dr. of Thuganomics” gimmick for one night only.

Last year, Cena was only a part of two television matches: the first one on the January 7 episode of WWE Raw, teaming with Finn Balor and Seth Rollins to defeat Bobby Lashley, Dean Ambrose and Drew McIntyre. The following week, Cena was a part of a Universal Championship number one contender four-way match, which was won by Finn Balor, and also included Baron Corbin and Drew McIntyre.

During an episode of WWE Backstage, it was announced that Cena will be making his return on the February 28 episode of WWE SmackDown, in Boston, Massachusetts, near his hometown of West Newbury. Per an interview with Sports Illustrated, Cena is a lock for WWE WrestleMania 36. He is also expected to appear in a competitive role, which would be for the first time in over a year. Cena stated in the interview that he trusts Vince McMahon to place him in a role that fits during the PPV.

If what Dave Meltzer from a recent episode of the Wrestling Observer Radio reported is indeed accurate, we could be seeing Cena compete against Elias, which he had interaction with him at both WrestleMania 34 and 35.

Based on Cena possibly returning to the ring at WrestleMania, and names such as Roman Reigns, Drew McIntyre, Randy Orton, Brock Lesnar, “The Fiend” Bray Wyatt out of the picture due to already scheduled matches (or rumored matches), here are five potential opponents for Cena if the decision of Elias is still up in the air.

This, pun intended, would be a “dream match.”

Some smoke around these 4 superstars and their Mania placements. Nothing definitive, but they could be tied together. How would you like to see if play out?

After his match against The Fiend at Super ShowDown, Goldberg could be an option to face Cena in Tampa. However, there would not be a very good back story to it, and it would not make sense, seeing how both of them are babyfaces, and no one would really be working to create a future or boost a current WWE star. Moreover, I argue that Goldberg should defeat The Fiend at Super ShowDown, which would set up a match with Roman Reigns at WrestleMania.

Daniel Bryan certainly has some history with Cena, as Bryan defeated Cena at SummerSlam 2013 to become World Heavyweight Champion. Currently, Bryan is not involved in a major storyline, following his loss to Wyatt at the Royal Rumble. In fact, WWE has created a direction where he could be considering hanging up his boots soon. A match with Cena could be a way to revive his confidence and change his mind on possible retirement, at least for the foreseeable future.

Since Cena is most likely going to do a one-and-done at WrestleMania, which would be in his current home state Florida, another WWE superstar who lives in Florida could team up with him. This person is WWE Hall of Famer Hulk Hogan, who would be going into the HOF for the second time a few days earlier. A match with them against each other would have been as big as Cena vs. Rock, but that train has left the station.

Since Hogan has been preparing for a WrestleMania return, but he has many physical limitations to have a singles match of his own, teaming with Cena in a feel-good moment at WrestleMania against a team such as The Revival or Sami Zayn & Cesaro would certainly be one for the highlight reels.

NXT North American Champion Keith Lee would also be a very viable opponent to face Cena at WrestleMania. In just a few months, Lee has become one of the hottest names in NXT. He has also had memorable moments at Survivor Series, earning the respect of Reigns due to his performance, as well as slowing the momentum of Brock Lesnar and going toe-to-toe with him at the Royal Rumble.

To add to Lee’s momentous rise in NXT, a match with Cena at WrestleMania would not only showcase the black and yellow brand, but significantly boost the status of Lee.