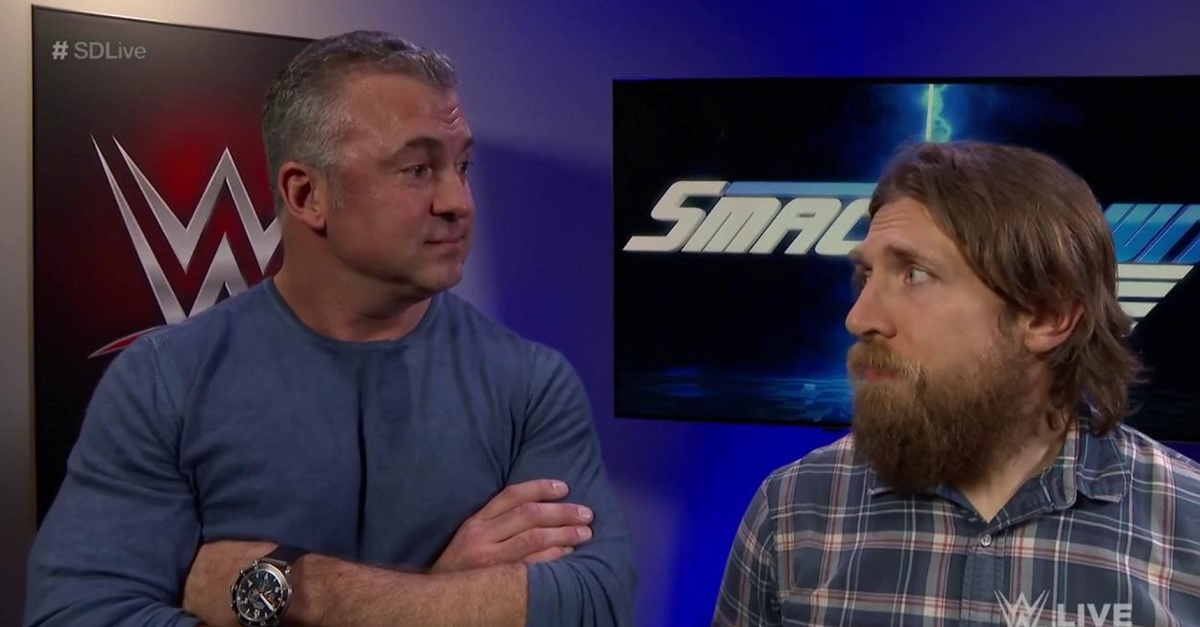 Smackdown Live was broadcasted live Tuesday night from Phoenix, Arizona on February 20, 2018 on the USA Network.

So even at 40, AJ Styles is still potentially the best wrestler in the world. Look at the smoothness of this:

The thing about that is they don’t even show the perfect transition into a Phenomenal Forearm from Styles… would have been an incredible finish, but Corbin kicked out. It wasn’t long though until Styles hit another Forearm to win the match.

Afterwards, Sami Zayn and Kevin Owens interfered and attacked Styles. It looked like they were going to put Styles through the announce table when suddenly Corbin took out both Owens and Zayn with the End of Days in the middle of the ring. Corbin finally gets full retribution for getting attacked last week.

As for the rest of the show…

Styles was out to open the show with an interview with Renee Young. Interview was immediately stopped by chants for Styles, who was incredibly popular in front of the Phoenix crowd.

Styles explained to Renee and the entire arena his trepidation for the upcoming Fatal 5-way championship match at Fastlane, where Styles can lose his WWE title without being pinned. He was interrupted by Baron Corbin, who said he would be happy to pin Styles — or anyone else in the match — to take the title.

Kevin Owens then came out to end their back-and-forth. It wasn’t long before Shane McMahon, apparently sick of the whole thing, interrupted to sign a couple of matches for the night: AJ Styles vs. Baron Corbin in the previously mentioned main event, and Kevin Owens vs. Dolph Ziggler for NEXT.

Pretty good match, and the crowd was actually really into hit. Dolph hit a famouser late in the match — a move he never gets the pin with — but the crowd was totally into that being a finish was Owens kicked out at a late two. Made for an even bigger reaction when Ziggler hit the Zig Zag and Owens STILL kicked out.

Eventually Sami Zayn’s music hit, and it looked like he was coming down to help out his buddy Kevin Owens. However, Zayn stopped just short of getting into the ring, distracting Ziggler long enough for Owens to hit a BRUTAL super kick to the side of the head for the victory. Take a look:

That one is gonna hurt for a couple of days.

Charlotte Flair’s feud with the Riott Squad continues, but this time the Riott Squad was able to gain the upperhand via this tag team match. After a decently long match, Riott used a bit of a distraction to hit the Riott kick on Becky Lynch and get the pin.

Afterwards, Riott mocked Flair a bit, saying one down, two to go… the same thing Flair had down after knocking off Morgan and Logan in singles competition in the previous two weeks.

“A miscarriage of justice”, “dereliction of duty”,and “Kofi Kingston should be suspended” were some of the phrases that Corey Graves used to describe this match.

After hitting Big E with the modified Doomsday Device, Shelton Benjamin went for the pin but Kingston distracted the referee. Benjamin and Gable’s frustration at what should have been the winning pinfall got the best of them, as Woods was able to use the distraction to eventually get the pin on Benjamin.

Best of the rest of WWE SmackDown Live: