It's no secret that Formula One has been historically dominated by male racers. In fact, one might argue there's never been a solid place for women in the sport (I did, in fact, argue this point recently).

Many racing fans don't know that five women have entered a Formula One race, some on multiple occasions and to varying degrees of success. Most would be surprised to hear that these women raced alongside IndyCar great Mario Andretti or former Formula One Management and Administration president Bernie Ecclestone. But, I think all would agree these women blazed the trail for women in motorsport -- in Formula One and in other racing series. 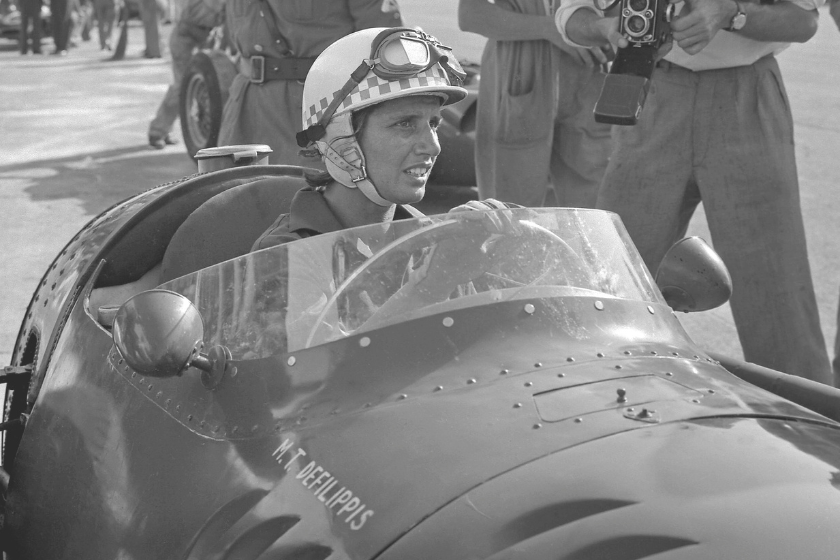 Most famously known as the first woman to race in Formula One, Maria Teresa de Filippis participated in five World Championship Grands Prix. She's remembered as a pioneer in the sport despite running a brief racing career and never scoring championship points.

Italian-born de Filippis began her racing career at the age of 22. She won her first race in a Fiat 500 on a drive between Salerno and Cava de' Tirreni. In 1958, de Filippis entered the Monaco Grand Prix in a Maserati 250F supplied by a privateer. Her time wasn't fast enough to qualify for the race, which included future world champions Jack Brabham and Graham Hill, but she did forge a friendship with Ecclestone, who also missed the top 16.

De Filippis qualified to race the 1958 Belgian Grand Prix, and although she was lapped twice, she finished the race -- the only time she would do so. Engine failures plagued her in the Portuguese Grand Prix and at her home Grand Prix in Monza. Notably, at the French Grand Prix in 1958, de Filippis claimed she was prevented from competing and said the race director told her, "the only helmet a woman should wear is the one at the hairdresser's."

De Filippis left the sport following a racing accident at the 1959 German Grand Prix which resulted in the death of Porsche team leader Jean Behra. It would be 15 years until another woman, Lella Lombardi, competed in a Formula One race. 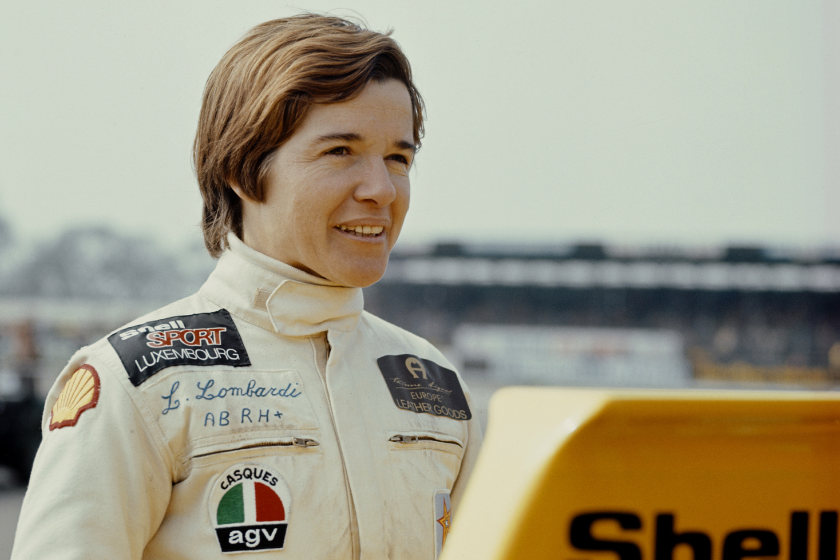 After driving the delivery van for her family's butcher shop and briefly racing karts, Lombardi saved her money to buy her first car, which she drove in Formula Monza in 1956. She won four of the 10 Formula 850 races, won the championship in 1971, and raced in Italian F3 for two years.

In 1975, Lombardi attempted to make her Grand Prix debut in a Brabham BT42 rented from Ecclestone but failed to qualify after a driveshaft failure. She was later invited to join the team at March and raced a full season, scoring her championship point in the Spanish Grand Prix (she was awarded a half point in the end because the race was stopped midway after a fatal accident) and finishing seventh at the German Grand Prix.

Lombardi went on to race four times at 24 Hours of Le Mans and once in NASCAR's Winston Cup Series. 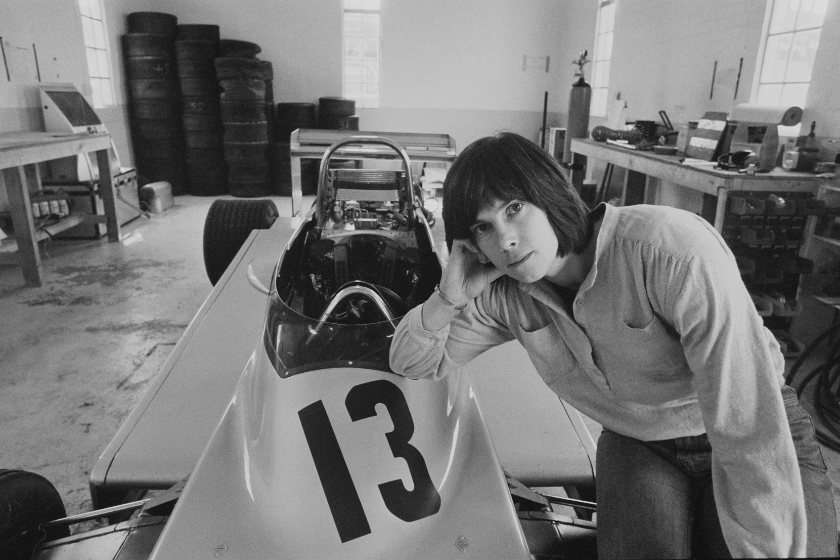 Galica famously requested unlucky No. 13 even though the number is never issued by organizers of motorsport events after Giulio Masetti died in 1926 in a Maserati carrying the number. Unfortunately, No. 13 was also unlucky for Galica as she failed to qualify for the race.

Though she failed to qualify in her other Formula One race attempts, Galica did go on to have success in other series, including truck racing and Thundersports S2000 sports car class, where she took several top-10 finishes. She also joins an elite group of seven Formula One drivers who have also competed in the Olympics.

Born in Brakpan, South Africa, Desiré Wilson entered one Formula One GP in 1980 in a non-works RAM Racing-prepared Williams F1 car but failed to qualify. Despite her failed attempt, Wilson saw many racing successes elsewhere and became the only woman to win a Formula One race of any kind when she won at Brands Hatch in the British Aurora F1 championship.

Wilson has been recognized as the most-accomplished female racing driver in the world. She's the only woman to have been licensed to drive in a CART IndyCar event and held an FIA Super License, which allowed her to race in an FIA Formula One World Championship. She's won the Monza 1000km and the Silverstone 6 Hours World Championship for Makes events, becoming the first female to have outright victories in any FIA World Championship race. Wilson also has a grandstand named after her at Brands Hatch to honor her victory there. 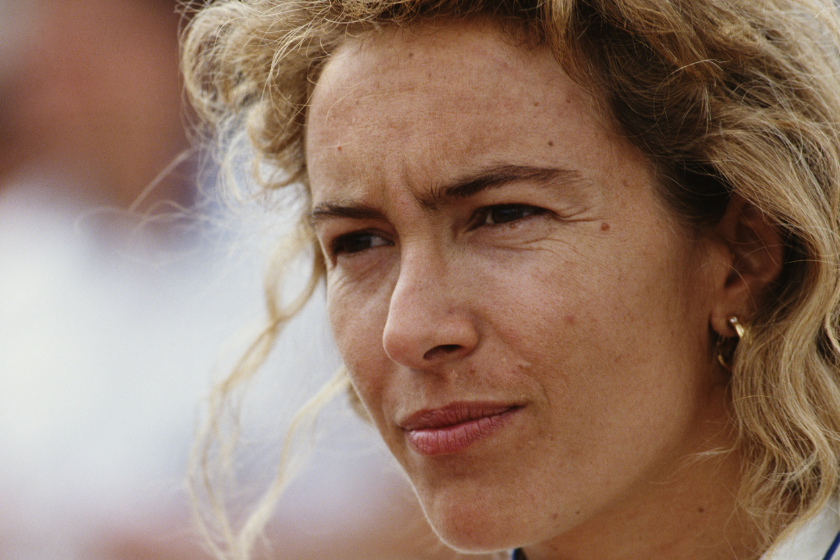 The third Italian in this list, Giovanna Amati is the most recent female driver to have entered the Formula One Championship. She started her racing career in Formula Abarth and then moved into Formula Three. After improved performances in the early '90s, Amati became the fifth woman F1 driver when she signed for Brabham.

While her racing career puts her on the map, Amati's kidnapping in 1978 made headlines in her early life. Born into a wealthy background, a then 19-year-old Amati was kidnapped for ransom by three gangsters. She was forcibly removed from a car she was sitting in near her parents' home and taken away in a van. She was kept in a wooden cage for 75 days and released on an 800 million-lira ransom after two months of captivity. The leader of her captors was arrested and sentenced to 18 years in prison. He escaped in 1989 and remained a fugitive until he was arrested again in 2010.

Despite these early trials, Amati went on to attend a motor racing school and won several times over four years after joining Formula Abarth. Despite her entry to Formula One, she never qualified quickly enough to race. She eventually moved to the Porsche SuperCup in 1993 and won the Women's European Championship.

Trailblazers for Now, but Who's Next? 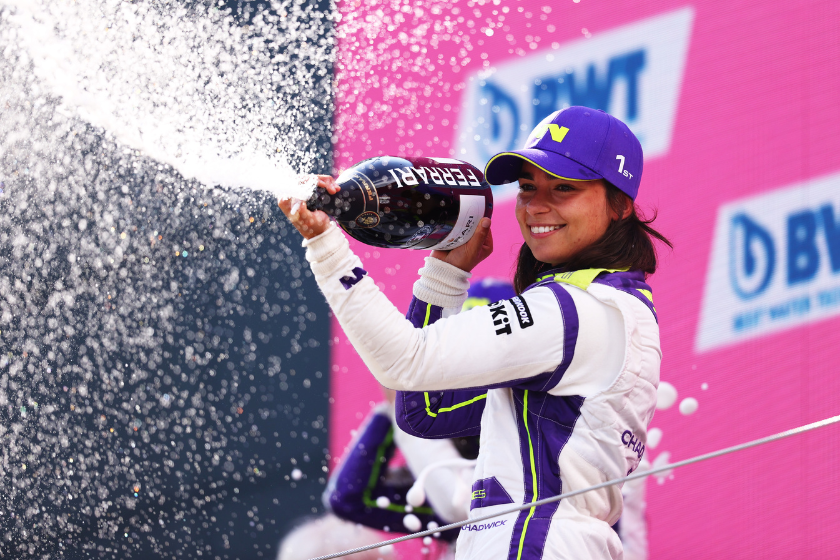 It's been 30 years since Amati entered Formula 1, and there haven't been other women in the sport since. The W Series appears to be an attempt at creating space for women to excel in motorsport, but it doesn't yet seem to be enough.

Until the day comes when another woman steps into an F1 race car on race weekend, these five women will remain the standard for success in the sport.