Because every day on the calendar needs at one random holiday associated with it, National High Five Day is celebrated on the third Thursday in April, which this year falls on April 21.

You know who loves both giving and receiving high fives? NASCAR drivers and NASCAR fans. They can't enough of it. Before, during, and after the race, it's high fives all around. Well, not so much during the race for drivers, but you get the point.

Here, we'll look at 10 times that NASCAR drivers showed their fans some appreciation with a solid high five. 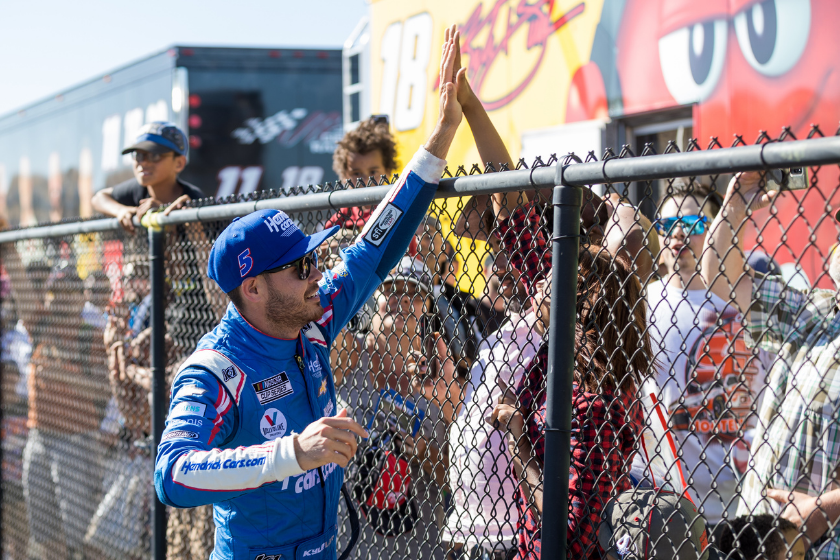 Coming off a suspension for the majority of the 2020 season, during which he was dismissed from Chip Ganassi Racing, Larson found redemption at Hendrick Motorsports to the tune of 10 wins and a NASCAR title.

Here, he's showing fans some love after the Cup race at Sonoma Raceway in June. A race that he won, by the way. 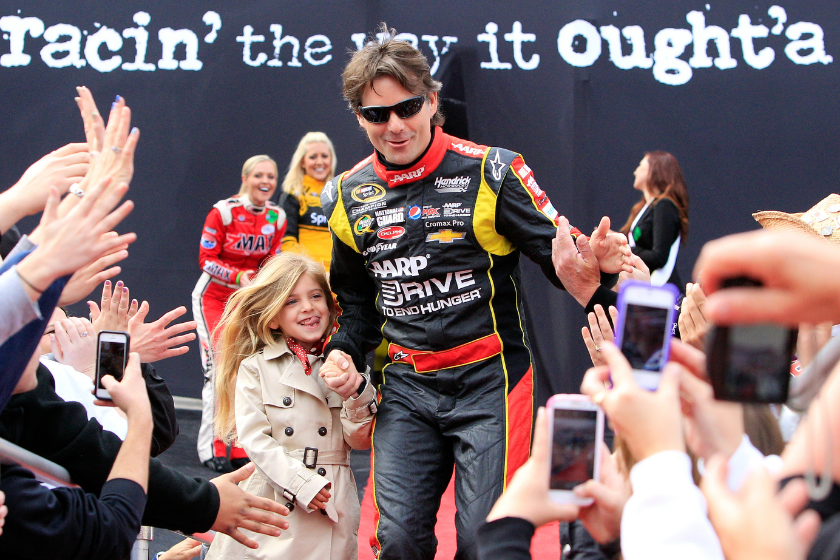 Here, Jeff Gordon high-fives fans during driver introductions prior to the Food City 500 at Bristol Motor Speedway in 2013 with his daughter Ella Sofia close by his side.

Gordon would end up placing 34th in the spring race, but at least he had fun beforehand. 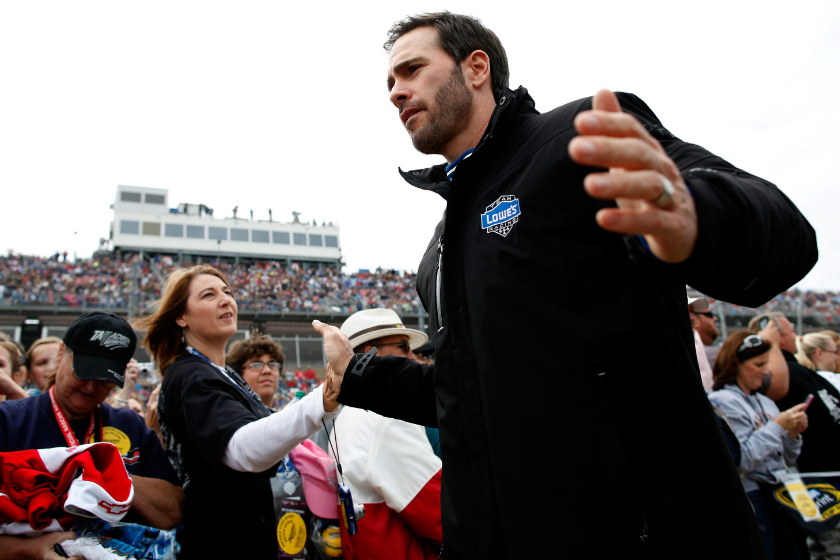 Before the Good Sam Roadside Assistance 500 at Talladega Superspeedway in 2012, Jimmie Johnson hit one fan with the no-look high five. He clearly looks in the zone heading into the Cup race, but still wanted to show some love to the folks who showed up.

Johnson came into the race sitting in second in points, but unfortunately his 17th-place finish that day didn't do him much favors. 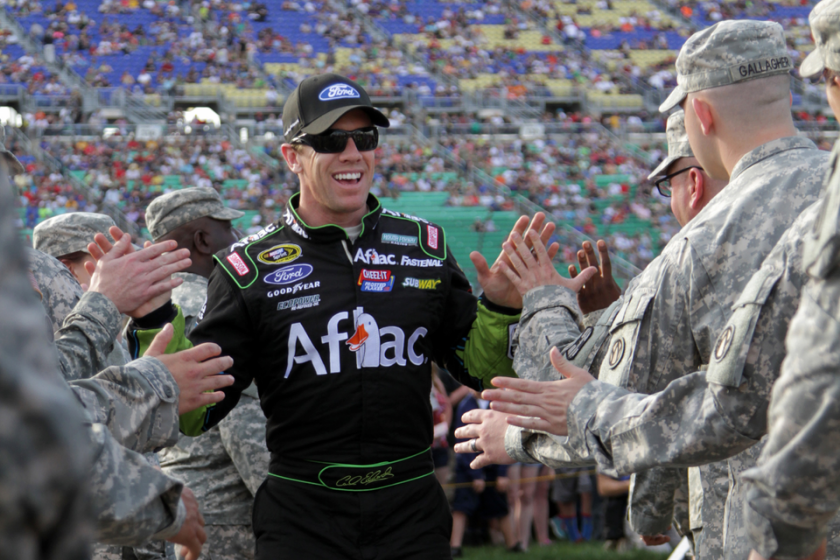 Carl Edwards is seen here warmly greeting members of the military during pre-race driver introductions before the 5-Hour Energy 400 at Kansas Speedway in 2014.

The race specially benefitted the Special Operations Warrior Foundation, which is nonprofit organization that provides college scholarships and educational counseling to the surviving children of Special Operations personnel that were killed in the line of duty. 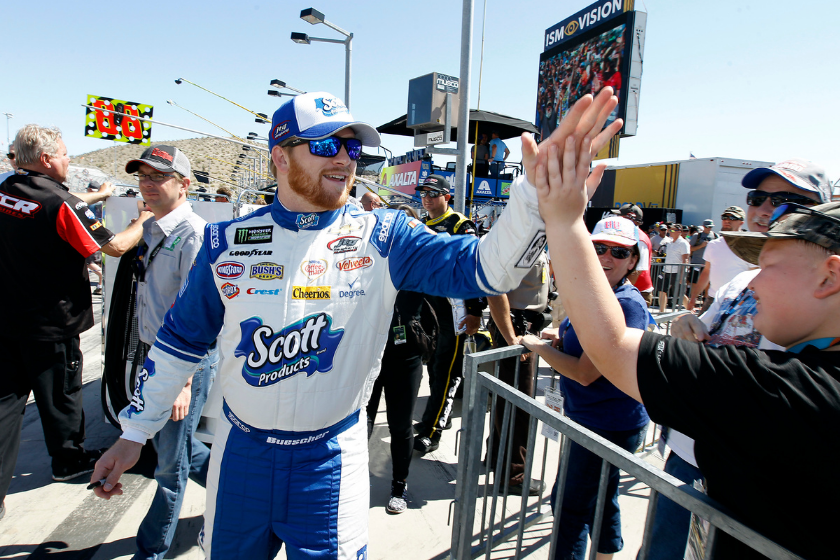 Before the start of the Cup race at Phoenix Raceway in 2017, Chris Buescher had an up-top connection with a young fan.

The 2015 Xfinity Series champion, Buescher has been competing full-time in the Cup Series in since 2016, with one win and 30 top-10 finishes to his name.

Clint Bowyer With the No-Looker at Phoenix 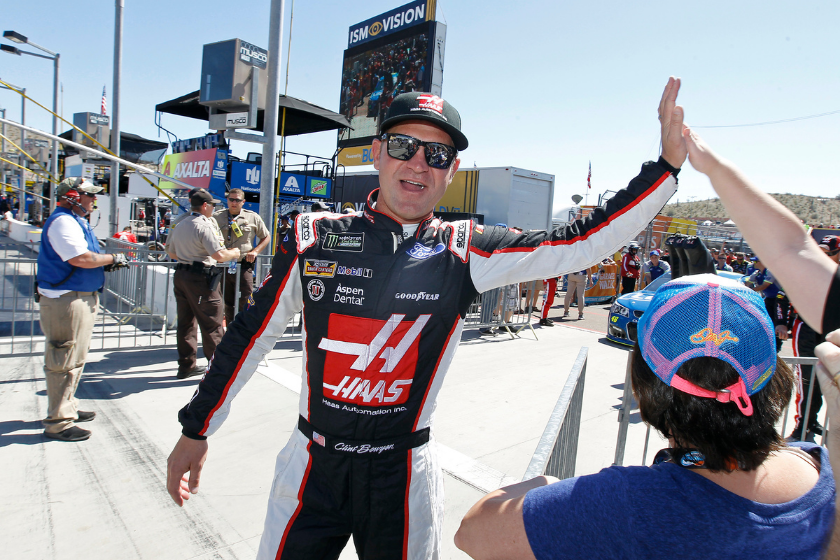 At the same 2017 Phoenix race, Clint Bowyer found some fans in the same area that Buescher did, only this time he pulled out the ol' no-look high five.

Even before his full-time broadcasting career, Clint always seemed to know where the camera was. 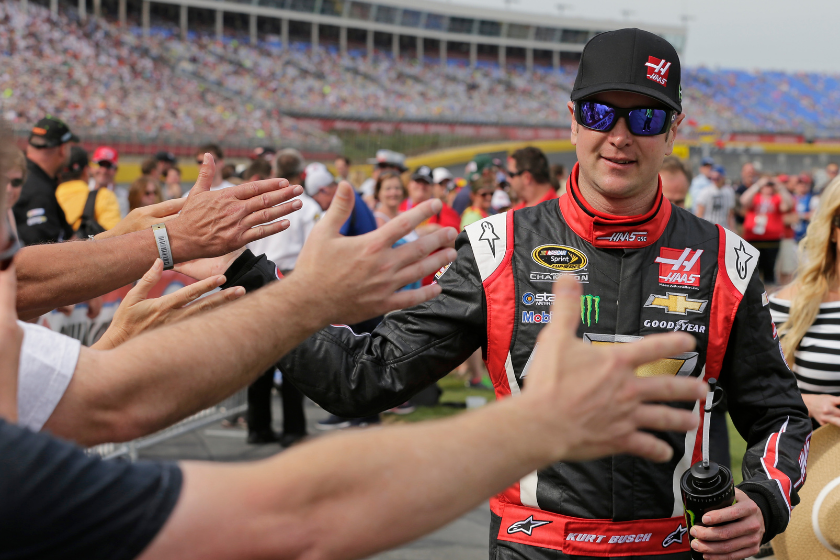 After arriving for the start of the 2014 Coca-Cola 600, Kurt Busch just had to show the fans a little bit of love.

Earlier that day, Busch placed sixth in the Indianapolis 500, marking the first time a driver attempted a Memorial Day weekend doubleheader since Robby Gordon in 2004.

He wouldn't do nearly as well in the Cup race, placing 40th, but his valiant attempt probably won him at least a few fans that day. 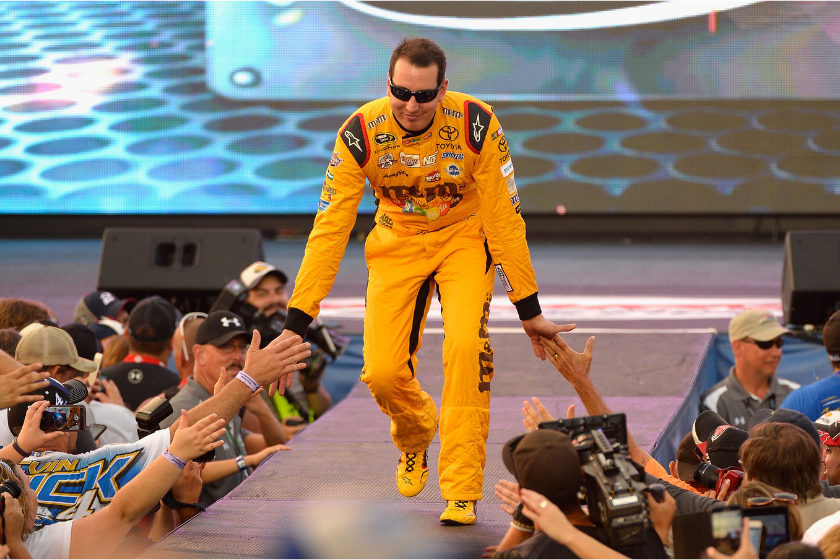 Coming off his championship year, Kyle Busch came into the 2016 season with something to prove. He was gunning for back-to-back title wins.

He would ultimately place third that year (he would get his second title in 2019), but during driver introductions ahead of the September race at Richmond Raceway (where he would end up finishing ninth), the driver for Joe Gibbs Racing came in with that classic Busch confidence.

Boris Said at Circuit of the Americas 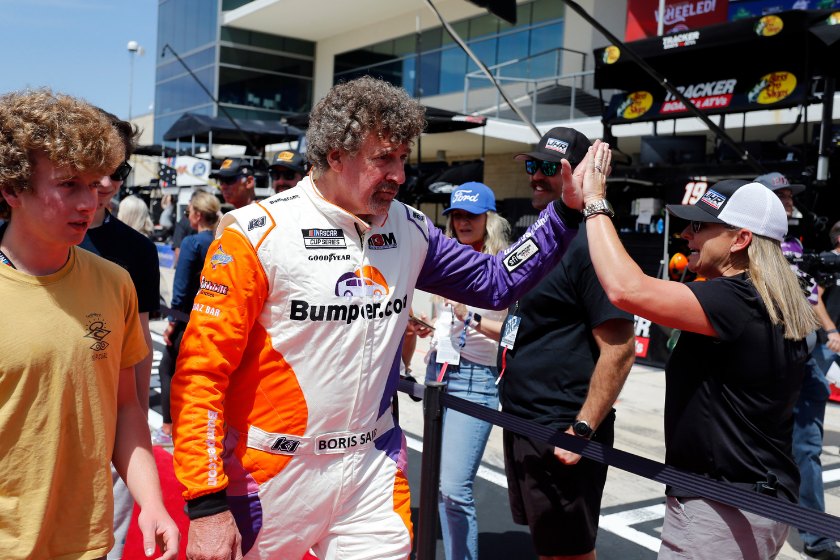 Boris Said isn't a name you hear much of these days, but ahead of the 2022 EchoPark Automotive Grand Prix at Circuit of the Americas, the 59-year-old part-timer showed his appreciation for the fans who showed up to the Austin, Texas race.

You'll notice that Boris' son is rocking the same iconic hairstyle as his pops. Talk about the spitting image! 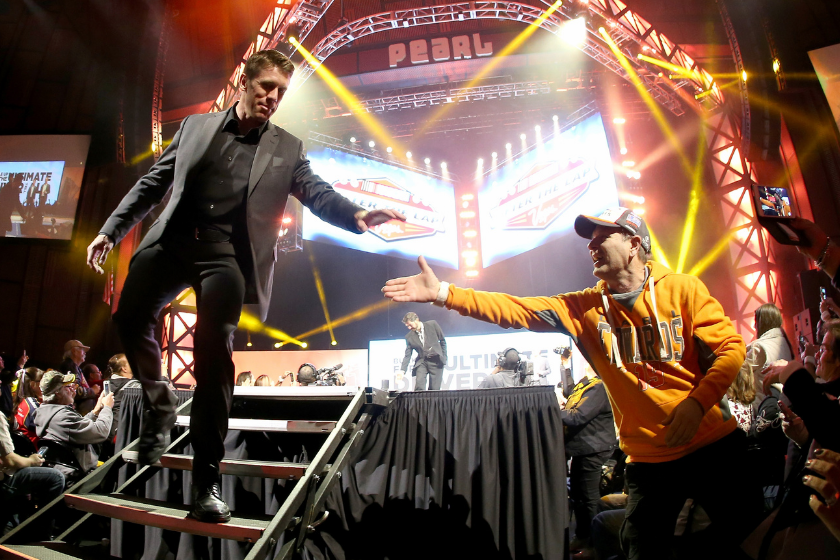 Ok, I know we already showed Carl Edwards, but the guy is just a solid high fiver.

Here, he high-fives a fan during the NASCAR After The Lap event at the Palms Casino Resort in Las Vegas back in 2015. Edwards was always super popular with the fans, so you know he had to be soaking in the love that night.