Danica Patrick may have always had high hopes for herself, but when she dropped out of high school in 1998 to pursue a full-time racing career, she probably never thought she'd go on to make tens of millions of dollars.

Obviously, Danica started making the big bucks once she broke into the big leagues of auto racing, as she went on to become the  most successful woman in the history of American open-wheel racing and later carved out a path as a NASCAR trailblazer. But, following her retirement from full-time racing after the 2018 Daytona 500, she continued to rake in major money in avenues outside of racing entirely and really flexed her muscles as an entrepreneur. Today, she has an estimated net worth of $80 million, and the road to get to that point definitely hasn't been easy.

A Career of Firsts 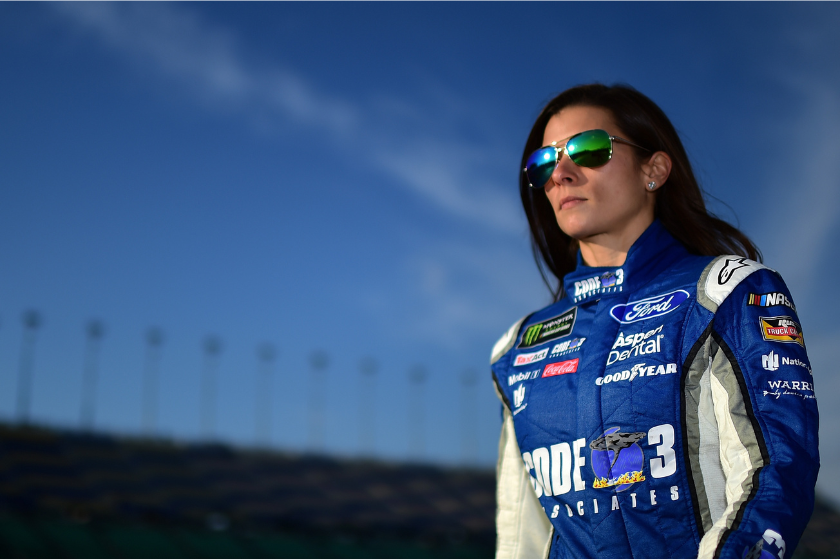 Like most race car drivers who make it big in NASCAR or IndyCar or even Formula One, Danica Sue Patrick was hooked on motorsports from an early age. Born in Beloit, Wisconsin, she started off in go-karting at 10 years old. She saw success early, winning her class in the World Karting Association Grand National Championship three times during the '90s. She was a cheerleader at Hononegah Community High School, but once she began to get some recognition as a racer, she convinced her parents to let her drop out of high school at the age of 16 to move to the United Kingdom. She spent three years in the U.K., competing in Formula Vauxhall and Formula Ford along the way, before struggling with funding and returning to the United States in 2001.

Danica's motivation to race at the highest level didn't stop when she returned to the U.S. In 2002, she started racing for Rahal Letterman Racing, and competed in both the Barber Dodge Pro Series and the Toyota Atlantic Series. She managed to make her way to third place in the championship ranks during the 2004 season, making her the first woman to win a pole position in the series.

Rahal Letterman Racing stuck by her side as she made her IndyCar Series debut in 2005. Her efforts that season led to Rookie of the Year honors in both the Indianapolis 500 and the IndyCar Series. She spent the next two years driving for RLR in the IndyCar Series before changing teams to Andretti Green Racing. She nabbed her first IndyCar win at the 2008 Indy Japan 300, becoming the first female driver to win an IndyCar Series race. That same year she worked her way up to a sixth-place position in the drivers' standings, improving to fifth the very next season. In 2009, she made history at the Indy 500 with her third-place finish that marked the best performance for a woman at the Greatest Spectacle in Racing. Patrick would also win her fifth and final Most Popular Driver award in the IndyCar Series in 2010 and ran her final full-time IndyCar season in 2011, capping off a career that included one win and seven podiums.

After her first (and only) full season in the NASCAR Nationwide Series in 2012 (now the Xfinity Series), during which she placed 10th in the standings and became the second female driver to break into pole position in the series, Danica ran her first full Sprint Cup Series season in 2013. By setting the fastest qualifying lap for the 2013 Daytona 500, Patrick became the first woman to win a Cup Series pole position. She ultimately finished eighth in the 2013 running of the Great American Race, which is the best performance by a woman in Daytona 500 history. Danica struggled to find her footing in NASCAR, and by the time she had called it quits in the sport in 2017 after five years with Stewart-Haas Racing, she only had seven top-10 finishes (though this beat Janet Guthrie's previous record for a female driver at five).

During her racing career, Danica made plenty of money from her salary as well as endorsements from the likes of Go Daddy, Coca-Cola, Chevrolet, and Nationwide Insurance. In 2017, she was the seventh richest NASCAR driver, racking up a total of $12.2 million. At her peak, Danica was winning Kids' Choice Awards (favorite Female Athlete in 2008, 2012, and 2013), appearing on Forbes lists, and gracing the covers of FHM, ESPN magazine, and Sports Illustrated. Bloomberg Businessweek even ranked her the 50th most powerful person in the world of sports in 2008. And, while Danica may not be as much of a household name as she was during her stint in motorsports, she's still found a way to make bank during her new chapter outside of the stock car. 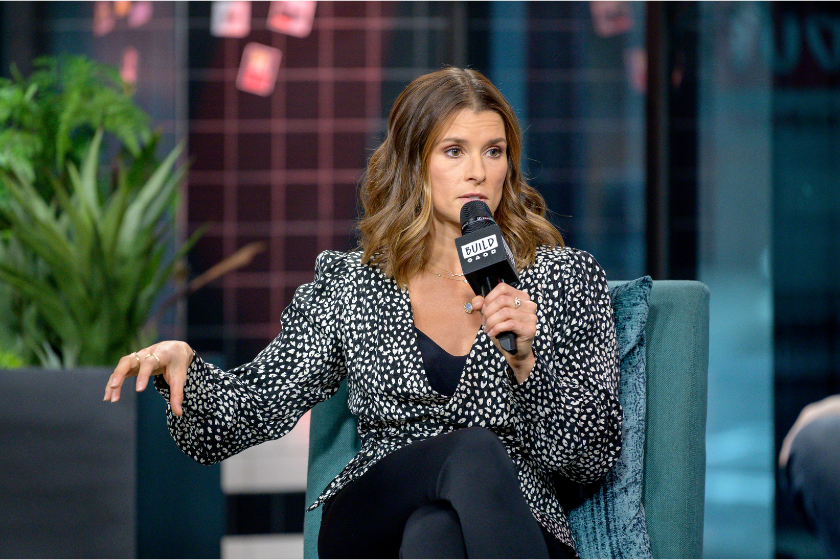 Upon retiring from racing, Danica Patrick had already immediately started the second chapter of her public life. The tabloids love reporting on her relationships, from fellow NASCAR driver Ricky Stenhouse Jr. to NFL star Aaron Rodgers to Freshly Inc. co-founder Carter Comstock, but Danica has a lot more going on than just her dating life.

For one, she's a twice-published author. Her 2006 book Danica: Crossing the Line focuses more on her personal life and the start of her racing career, while her 2017 book Pretty Intense is health and wellness-centered and was later spun into a successful weekly podcast of the same name.

As you can probably tell by her Instagram page, Danica likes to work hard and play hard. She has her own athleisure collection called "Warrior by Danica Patrick" and owns a vineyard called Somnium ("dream" in Latin), which she purchased in Napa Valley, California in 2009 and that led to her launching the Danica Rose? Wine label in France in 2021. Oh, and she also owns her own luxury candle collection.

Now, Danica may not compete behind the wheel anymore, but she hasn't given up the racing life entirely and has worked here and there as an analyst and broadcaster. In 2021, she joined the Sky Sports F1 broadcast team as a pundit for the 2021 United States Grand Prix, while also calling a couple of Superstar Racing Experience events on CBS. Earlier in 2022, she joined Mike Joy and Clint Bowyer in the NASCAR on Fox booth for a two-race stint, calling the races at Las Vegas Motor Speedway and Phoenix Raceway.

Danica Patrick may not be a big name in the IndyCar or NASCAR worlds these days, but she's still passionate about the sport of auto racing. A sport that got her to where she is today.