Emiliano Martínez has been around the block and back again. At 30-years-old, the Argentine has had a full on merry-go-round of a professional career. He's only recently found his footing - and is a key reason that the Argentina National Team and Lionel Messi are still competing for the FIFA World Cup in Qatar.

Everywhere and Nowhere All at Once 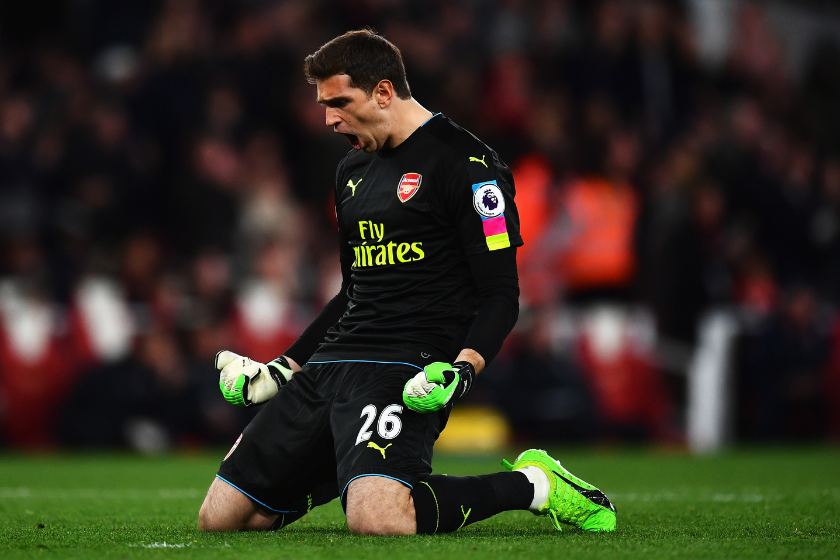 Emi Martínez started his youth career in Argentina with Independiente, a club in the greater Beunos Aires area. He transferred to Arsenal at a 18, but never really was able to find his way into the senior squad as a regular. Instead, he found himself getting sent out on six separate loan spells over an eight year span. And, in that time, he only managed 71 total appearances.

It's hard to know what Arsenal felt the goalkeeper lacked, but the Premier League outfit is likely to rue their mistake. Since moving to Aston Villa in 2020, Martinez has played in 89 matches, often times the reason the Villains are keeping themselves in matches. They may not play Champions League football in Europe, but for Martínez he has finally found a club at which he belongs.

Sport can be tough, particularly for a journeyman player. But lucky for him, goalkeepers tend to have a much longer shelf life than outfield players. So Emi should be just fine.

Who is Dibu Martínez?

While his name on paper is Damián Emiliano, those who follow Argentina football will lovingly know him as Dibu Martínez. Wait, Dibu? For some, myself included, this is a nickname not heard before. But for Argentines it's second nature.

Emi got the nickname Dibu, an abbreviation for the Spanish word dibujar, which means to draw. This was due to his teammates thinking he looked like the animated character Dibu from an Argentine telenovela Mi familia es un dibujo (My family is a drawing). After that, it stuck.

But being beloved wasn't enough to get time on the national team either. Dibu played a total of seven matches for the Argentina U17 and U20 squads from 2009-2011. However, due to his lack of club matches, he only managed two call-ups to the senior team. The first was for a match against Nigeria in 2011. Then it wouldn't happen again for him until he was an unused substitute against Germany and Ecuador during the October 2019 international break.

Finally, An Opportunity to Make His Nation Proud 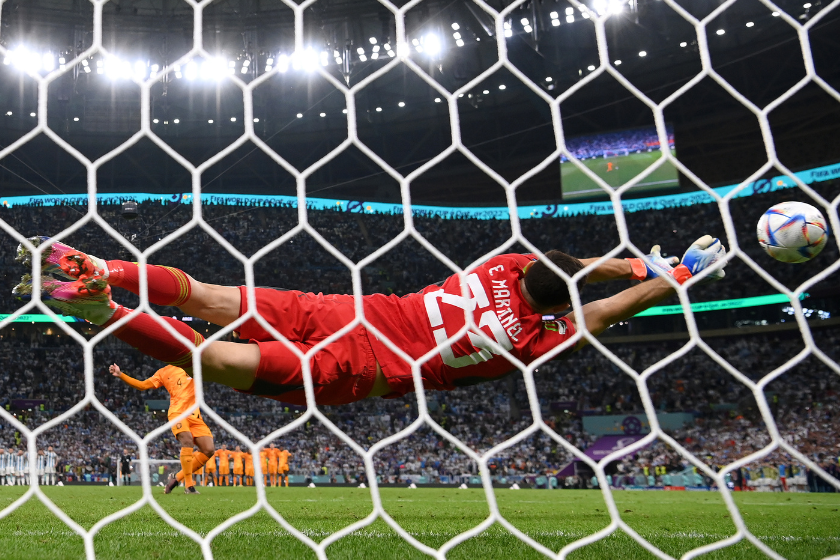 Finally, at the age of 28, Dibu Martínez made his international debut in FIFA World Cup qualifying. His regular time as Aston Villa's number one was finally paying off. Then came the 2021 Copa America. Stellar performances against Arutro Vidal's Chile, Colombia, and Neymar's Brazil led Argentina to win the tournament, and see Dibu get awarded the tournament's Golden Glove - given to the best keeper in the tournament.

Now, he's two wins away from doing something similar in Qatar 2022. While Leo Messi is usually the main focus, it was Dibu Martínez who stood on his head in a penalty shootout with a streaking Netherlands side. This is not just the Messi Argentina. Once one of the most feared football teams in the world, the Argentine side has really been fighting to put themselves back on the map. And Dibu gave them the chance to do so in the quarterfinals.

The Puma athlete will look to stand tall in net, preventing Croatia from making their second consecutive World Cup Final appearance. And he'll need some help. Aside from him, every win and loss has been on the back of Leo Messi. But it's going to take two more worldly performances from Dibu. And some help from the likes of Guido Rodríguez, Rodrigo De Paul, Cristian Romero, and Julián Álvarez. With Paulo Dybala battling thigh injuries, it's up to the others to go into battle with Messi.

And One Thing We Already Know? 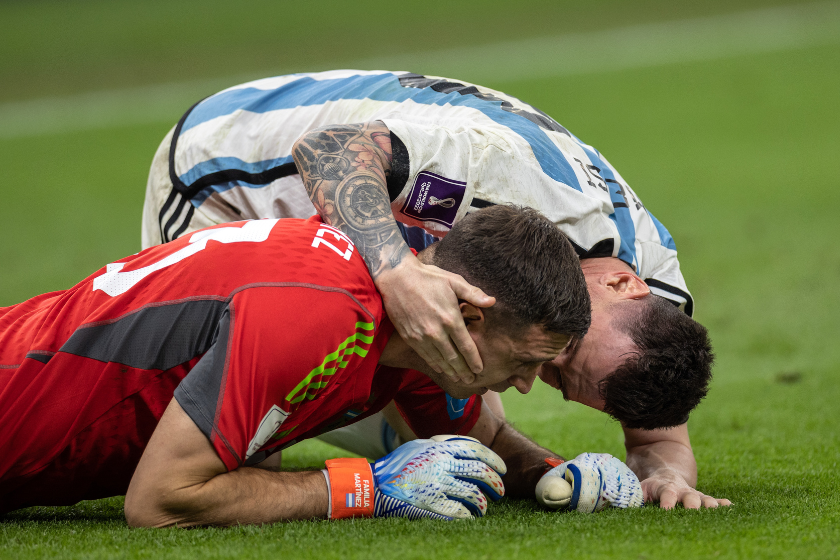 Dibu Martínez is up to the challenge. It said a lot that as penalties came to an end, and Argentina emerged victorious, Messi ran straight over to Martínez. Messi can see his greatness. Now it's time for him to live up to it in a tough match against Croatia. And hopefully beyond.