Sunday kicks off the 2022 Fifa World Cup in Qatar, and while the action hasn't started, the drama has.

Social Media has been all abuzz after videos on TikTok showed local fans donning matching England, Argentina and Brazil team gear. While that seems harmless enough, football fans weren't buying it and began accusing the World Cup fans of being paid to promote World Cup 2022. Is Qatar using fake fans to hype their World Cup? 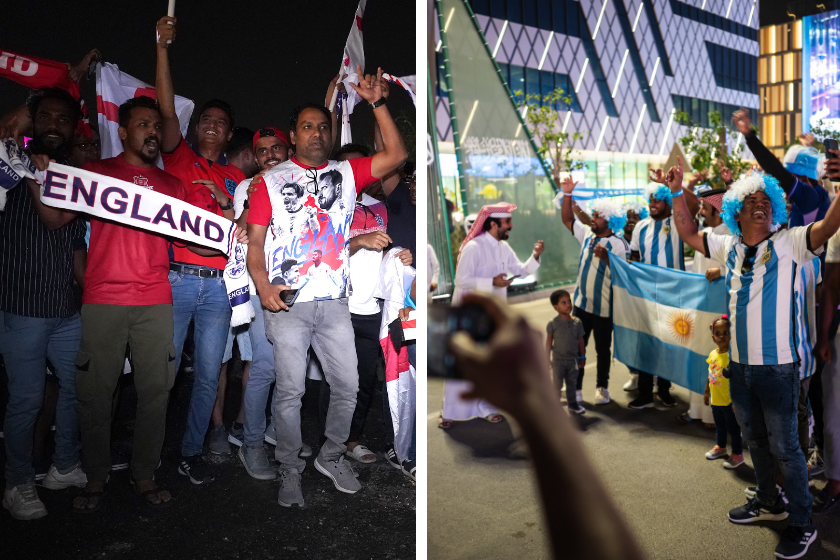 The social media football fans were quick to dismiss the accusations and proclaim their unwavering title as diehard England fans. The TikTok fans met the England team upon their arrival in Qatar telling the Times newspaper: "None of us are getting paid. We are diehard England fans. My favorite player was David Beckham, but now it is [Bukayo] Saka. If someone offered to pay us to support England we would turn them down. We are genuine supporters. Many of us grew up watching Beckham and Michael Owen. Our love is to this team."

Huge number of Indian ex-pats outside the England hotel, awaiting the team?s arrival in Qatar. Spoke to a few of them, and they insist they are not fake fans. Also have shown us murals of England players they have drawn back in Kerala pic.twitter.com/YlQQMOnPad

The football fans enthusiasm over England's arrival at the Qatar World Cup feels genuine. After all, soccer is the number one sport in the world, with over 3.5 billion fans worldwide. There are diehard England fans and football fans all over the world, especially in the 2022 World Cup host country.

Qatar is the smallest nation to host the cup, with a population close to the United States' Kansas and Mississippi. However, Qatar -- especially the capital, Doha -- is bustling with migrant workers and expats, building a wide football fan base. Indian fans from Kerala are amongst some of the most ardent fans, hailing from a passionate football stronghold in India and accounts for a large chunk of the Indian migrant community in Qatar.

Qatar has a total population of about 2.8 million, and a spiking population of the Qatari citizens hail from South Asia. The host nation proudly boasts this diverse population and has it to thank for its assorted worldly diehard football fans. Many World Cup fans have declared social media's fake fans allegations as straight-up fake news.

The Supreme Committee Takes a Stand 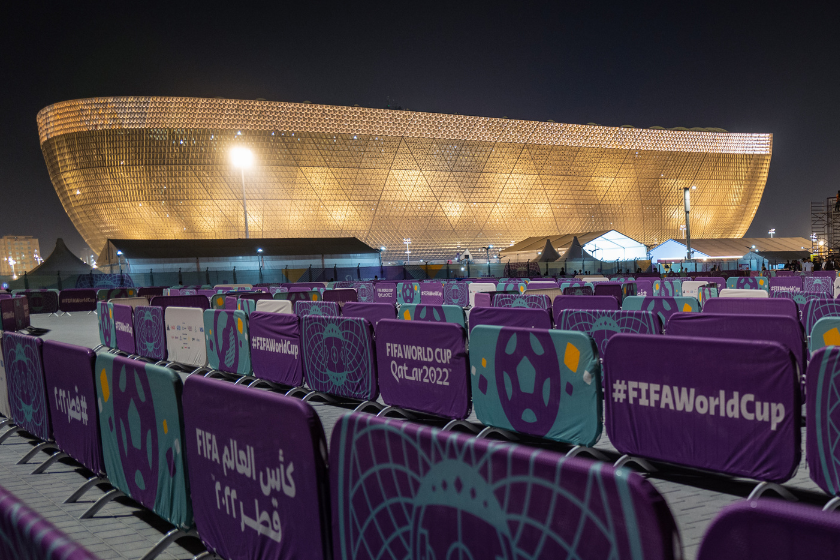 The wild accusations blossoming from social media have forced the Qatar 2022 Supreme Committee to bite back. A statement from the Supreme Committee read: "With four days to go until the FIFA World Cup Qatar 2022 kicks off, anticipation and excitement is building in Qatar as we prepare to welcome the world. Fans from all over the world -- many of whom have made Qatar their home -- have contributed to the local atmosphere recently, organizing fan walks and parades throughout the country, and welcoming the various national teams at their hotels. Numerous journalists and commentators on social media have questioned whether these are 'real' fans. We thoroughly reject these assertions, which are both disappointing and unsurprising."

The very idea of fake fans leading into the Qatar Fifa World Cup seems silly. Of course, there would be parades of fans dancing through the streets of Doha in anticipation of the Qatar World Cup. The first-time host nation is not only seeing an influx of visitors in preparation for the action, but they have the additional excitement of facing Ecuador as the kickoff World Cup match.

The World Cup is Meant to Bring the World Together 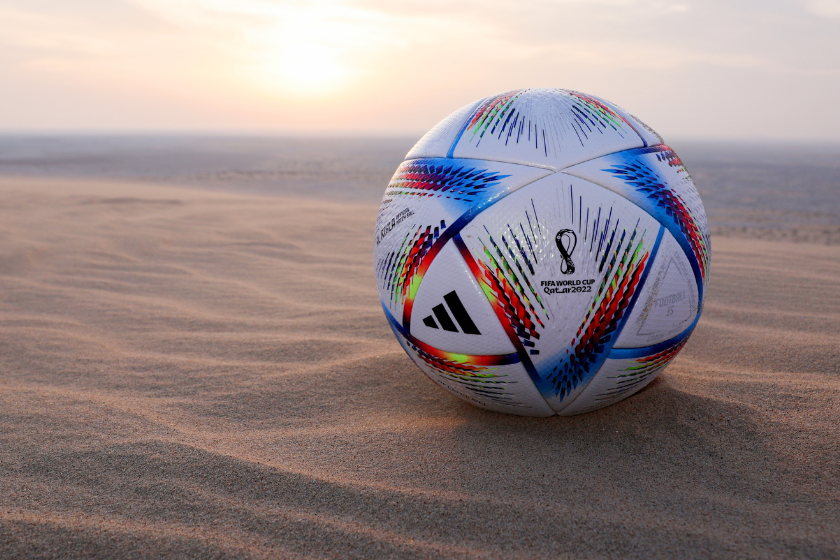 The World Cup has always been a celebration of the sport's worldwide fan base. From Wales to Portugal, to the United States to India, and Sicily to Saudi Arabia, there are David Beckham, Cristiano Ronaldo, Lionel Messi, premier league and diehard England fans (shoutout to Gareth Southgate) or supporters of Danish star Christian Eriksen. The Qatar Fifa World Cup Supreme Committee doesn't need to pay Qatari citizens to pretend to be football fans. Central Doha and Corniche Street will soon be bustling with fans from around the world partaking in all 2022 Fifa World Cup action organizers have been working tirelessly to prepare for.

The Supreme Committee put it best: "Qatar, and the rest of the world, is comprised of a diverse range of football fans, many of whom share emotional connections with multiple nations.

"In different places around the world, fans have different traditions, different ways to celebrate, and while that may contrast with what people are used to in Europe or South America, it doesn't mean the passion for football is any less authentic. Journalists on the ground who speak and meet these fans are realizing the reality.

"We look forward to the continuing build-up to the kick-off of the 2022 FIFA World Cup and it truly represents a moment that connects fans from all over the world, no matter how they choose to support their favorite teams."