The FIFA World Cup 2022 in Qatar has begun, which means the United States of America are finally playing soccer on the global stage after failing to qualify in 2018. The likes of Gio Reyna, Christian Pulisic, and company will be looking to follow in the footsteps of American attackers' past. It's every player's dream to have a goal like Landon Donovan's back in 2010, and this young group of forwards could provide that kind of excitement in Qatar. Giovanni Alejandro Reyna is US Soccer royalty. The son of all time great USMNT captain Claudio Reyna and former UNC standout Danielle Egan, who herself had 6 caps for the 1993 USWNT, Gio was seemingly born to play soccer. If Christian Pulisic is "Captain America" then Gio is "The American Dream," as nicknamed by his former Borussia Dortmund teammate Erling Haaland. Yes Gio, like Pulisic before him, was signed by the Bundesliga club at a very early age, and in 2020 became the youngest American to play in the Bundesliga, breaking the record set by Pulisic.

Since then, he has matched or eclipsed most of the age records set by his countryman during his time at Dortmund. Mainly playing as an attacking mid or winger up the right side, Gio's strengths are in his distribution from out wide just as much as his ability to create goals. It's worth noting that his skills are still very raw and unrefined, but that continues to improve by the match. Gio is to this World Cup cycle as Pulisic was to the last one. And while that may make it seem like Gio is one to watch out for in the future, he can still cause havoc for opposing teams in the present and help take pressure off the other big American threats. If Center Forward is one of the positions with the most questions heading into Qatar for Gregg Berhalter, Jesús Ferreira might be the answer. The 21-year-old striker has scored 7 goals in his 15 USMNT caps since breaking onto the national scene in 2020. That's a very impressive return rate. And that type of form was apparent this past MLS season at FC Dallas. Ferreira finished the season on 18 goals in 37 appearances across all competitions. That number was good enough to be tied for best amongst USMNT-eligible players and earned Jesús a spot amongst the MLS Best XI.

Ferreria actually joined the FC Dallas youth team while his father was still playing for the club, himself a one-time MLS MVP. At 5'9", Ferreira is not built like your standard center forward, but what he lacks in height he is currently making up for in form. The most important aspect of scoring goals is confidence, and Ferreira's is at an all time high. He has to think that every shot he takes is going to make it past the opposing keeper, and that's exactly the type of attitude a striker needs to have. Berhalter has rewarded that form and confidence with a spot in Qatar. Now Jesús Ferreira needs to reward everyone by making good and scoring goals. If there's anyone on this list the average reader is likely to know of, it's Christian Pulisic. "Captain America" has been the face of US Soccer since the retirements of Tim Howard, Landon Donavon, and Clint Dempsey, and maybe even longer than that. If there was a lone bright spot of the USMNT's failure of a qualifying campaign in 2017, it was the emergence of a then 19 year old Pulisic as The Next Great American Talent. Outside of DeAndre Yedlin, no one on this World Cup roster has more caps than Christian, and that's certainly not because of his age. Pulisic signed to Borussia Dortmund of Germany's Bundesliga at just 16. 4 years later he would complete a transfer to Chelsea FC of the Premier League and become the face of the American Soccer youth movement overseas and abroad.

His time in London hasn't been all sunshine and rainbows though as every time he seems to be on a roll playing high quality First Team football, setbacks with injuries or managerial changes require him to break his way back into a regular Starting XI. Still, there is no questioning he is the player opposing managers have to plan for, as his creativity and ball skills are truly elite. In 2018, he was the runner up for the inaugural Kopa Trophy, an award for the best player Under-21, and the person he finished behind was none other than Kylian Mbappe, fresh off his World Cup winning performance. If we are heading into a Golden Generation for US Soccer, Pulisic is the face of it for good reason. He's by far the top scorer on the roster, and is already tied for the 7th most USMNT goals all time. Our run in Qatar will go as far as Pulisic can take us, and if playing at his best, there's no telling how far that could be. Apart from his time at Stanford University and what ended up being only a month long loan to Swansea City A.F.C. due to injury, Jordan Morris has played his entire career in MLS for the Seattle Sounders. So far in 2022, Morris has made 9 appearances for the United States Men's National Team and has put the ball in the back of the net 2 times. Just because Morris has spent opted to majority of his club career in the States doesn't mean he lacks international experience.

There was the loan in January 2021 to Swansea that was cut short by an ACL injury. He also trained with Werder Berman upon leaving Stanford and was offered a contract by the German side, but opted to remain closer to home. On top of that, he was a big part of the Sounders winning the 2022 CONCACAF Champions League, becoming the first US team to do so. Jordan's biggest asset might just be his speed. If used correctly off the bench, Morris can present quite the headache for opposing defenders whose legs are starting to go. It is not a stretch to say Haji Wright's inclusion on the United States World Cup roster was the biggest surprise when the 26 man squad was revealed at Brooklyn Steel on November 9th. Many would have assumed Jordan Pefok or Ricardo Pepi would have been included in the slot the Wright has ended up filling. When asked about that very thing during the reveal event, Gregg Berhalter said "We were evaluating Haji versus Jordan Pefok, and that's what it came down to. And in this particular case, we felt like Haji is in great goalscoring form. They're both physical strikers. Jordan, maybe a little more so.

But Haji has pace. He's got the ability to go 1-v-1. He's got finishing with his head, both feet, and he's performing really well in the Turkish League. ... This is not an easy league to score goals in, and he's doing a good job." The Turkish League he's speaking of is Süper Lig and the club Haji plays for is Antalyaspor. Haji has made 12 starts for the club so far this season and has notched a staggering 9 goals, making good on Antalyaspor's decision to make his loan from last season permanent. Just like Jesus Ferreira, Wright's inclusion signals Berhalter electing to go with the hot hand, an oft-used strategy in many sports. 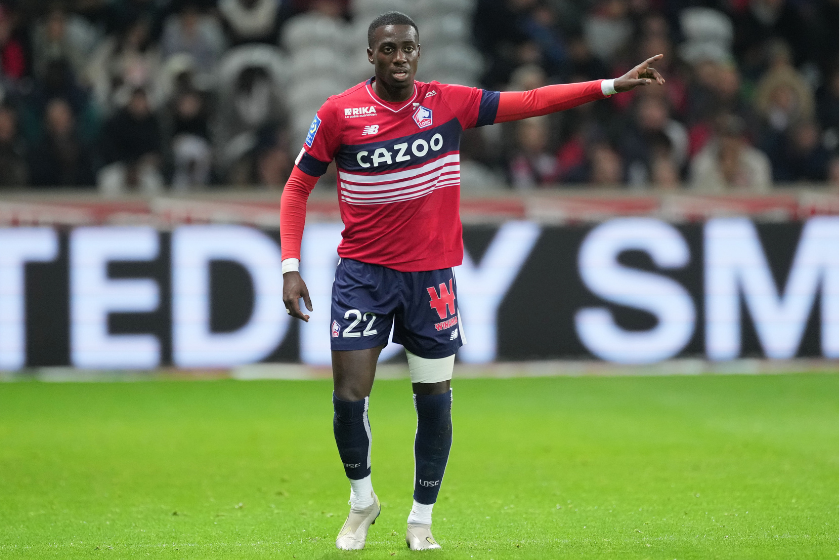 Timothy Weah is the son of George Weah: the 1995 FIFA World Player of the Year, 1995 Ballon d'Or winner, and current president of Liberia. George Weah's trophy cabinet is something to be reckoned with. But his son now has something his father never achieved: a trip to the World Cup. The younger Weah had eligibility to represent the United States, Liberia, France, and Jamaica but claimed it was never a doubt he would represent the country he was born in, despite France's best recruitment efforts.

At the age of 14, Weah moved overseas to start his club career by signing with Paris Saint-Germain's youth program. After singing to PSG's senior team, Weah did a short loan spell with Celtic before transferring to his current Ligue 1 club, Lille Olympique Sporting Club. The 22 year old winger has blistering speed and an absolute cannon of a shot. The USMNT keepers have called it the most difficult to stop amongst the squad, though you might not know it by Weah's humble demeanor. Tim can represent a nice change of pace attacking threat is a match calls for a less traditional striker, or can run opposing full backs ragged up and down the wings. His father is soccer royalty and will be watching as his son does the one thing missing from his illustrious career. What better motivation for a young man to impress? Norwich City is in a perpetual relegation/promotion battle in the English Football Association pyramid. Last season, Josh Sargent joined the then Premier League side from Werder Bremen in the Bundesliga to help Norwich fight to stay up. It took Sargent a little while to acclimate to playing in the Prem, but still managed to notch 4 goals in 29 appearances. This year, in the Championship, Sargent has already scored 9 goals in 19 appearances across all competitions. The increase in form has resulted in better opportunities with the Men's National Team.

As he struggled in his first season with Norwich, he fell out of the National Team picture. But with his recent string of good performances, as well as playing in a league with players from two of the US's Group B opponents in Wales and England, has led to Sargent's reemergence to the USMNT senior team. He has had plenty of success at the international level in the youth ranks too. When he was just 17, Sargent became the youngest player to score at the U20 FIFA World Cup. That same year, 2017, he also received his first senior USMNT cap, and became the only player to play for the US's U-17, U-20, and senior teams in the same year. He and Freddy Adu are the only two to play in the U-17 World Cup and U-20 World Cup in the same year. And now he's adding the full FIFA World Cup to his resume.

MORE: Group B World Cup 2022: England and the USMNT Headline a Tough Group B in Qatar