The Saddest Fans at the 2018 FIFA World Cup: Part Two 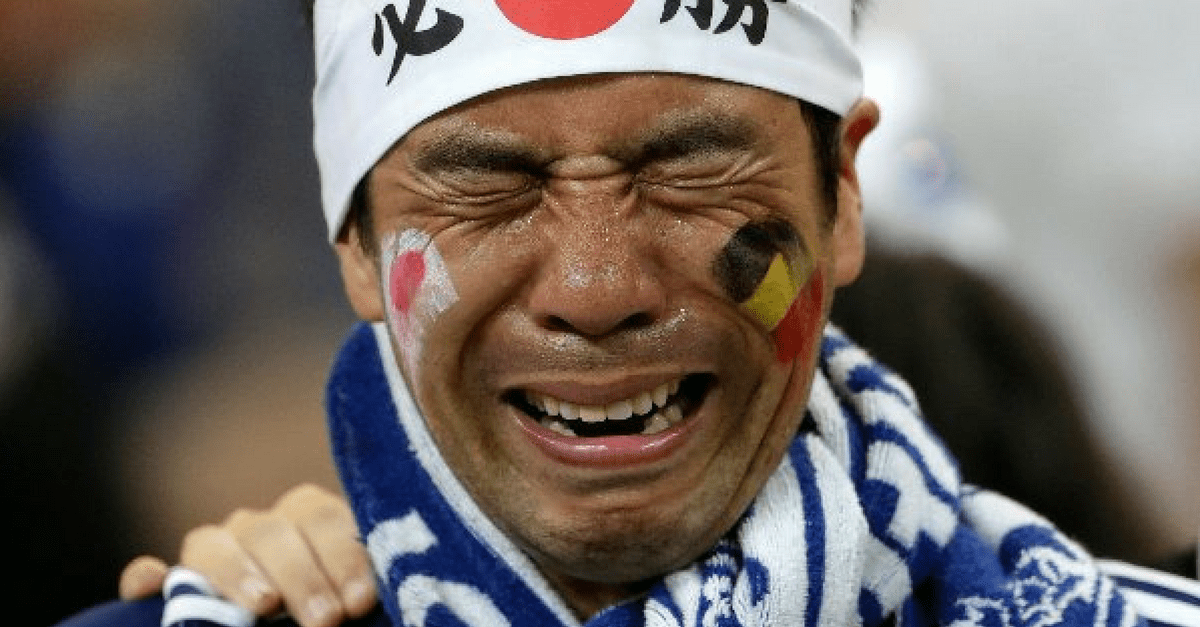 In part one, we dove into the Seven Saddest Fans at the World Cup as the tournament finished up the group stage. Sixteen teams entered the knockout round, and now we’re down to only two.

France, a FIFA World Cup tournament favorite from the start, is favorite across the board to knock off this tournament’s Cinderella story, Croatia. When the two countries meet on Sunday at 11:00 a.m. EST at Luzhniki Stadium in Moscow, the world will be watching, and fans will be on the edge of their seats.

You can guarantee that when that match ends, there will be some very, very sad fans. When the world is watching, the cameras hardly ever miss a crying face.

As we build up to the tournament final, and the third-place match between Belgium and England, it’s time once again to relish in the sad fans caught on camera.

Here’s part two of the Saddest Fans at the World Cup:

Japan kept the party clean, but couldn’t dry their tears.

Sweden made a run, but some women weren’t happy they lost.

"I'm so sorry that so many beautiful women are so sad right now."#worldcup #worldcup2018 #sweeng pic.twitter.com/6glzfLteKl

Lionel Messi and Argentina left fans with nothing but broken dreams.

Colombia is out, too. James Rodriguez reminded us of that.

Trippier with a bag of ice on his bollocks and tears in his eyes watching from the bench is the new Gazza crying into his shirt at Italia 90. #WorldCup #ENGCRO pic.twitter.com/m357Xb0gAj

On the news as I am sad for England losing to Croatia at Russia FIFA World Cup Semi – Final Match. pic.twitter.com/kTNlrMoLsM

Even the youngest Uruguay fans weren’t safe from emotion.

Jose Giménez and a small fan crying mid-game knowing Uruguay will be out of #WorldCup⁠ ⁠. Heart breaking for young kid to see his idolo crying and for his idol to not to fulfil his dreams. #URUFRA pic.twitter.com/mcCKppvNXT

It’s Putin’s show, but he wasn’t stoked about Russia getting bounced.

This one’s a classic from 2014, but it perfectly sums up what it means to be one of the Saddest Fans at the 2018 World Cup.