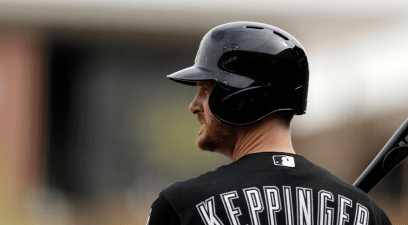 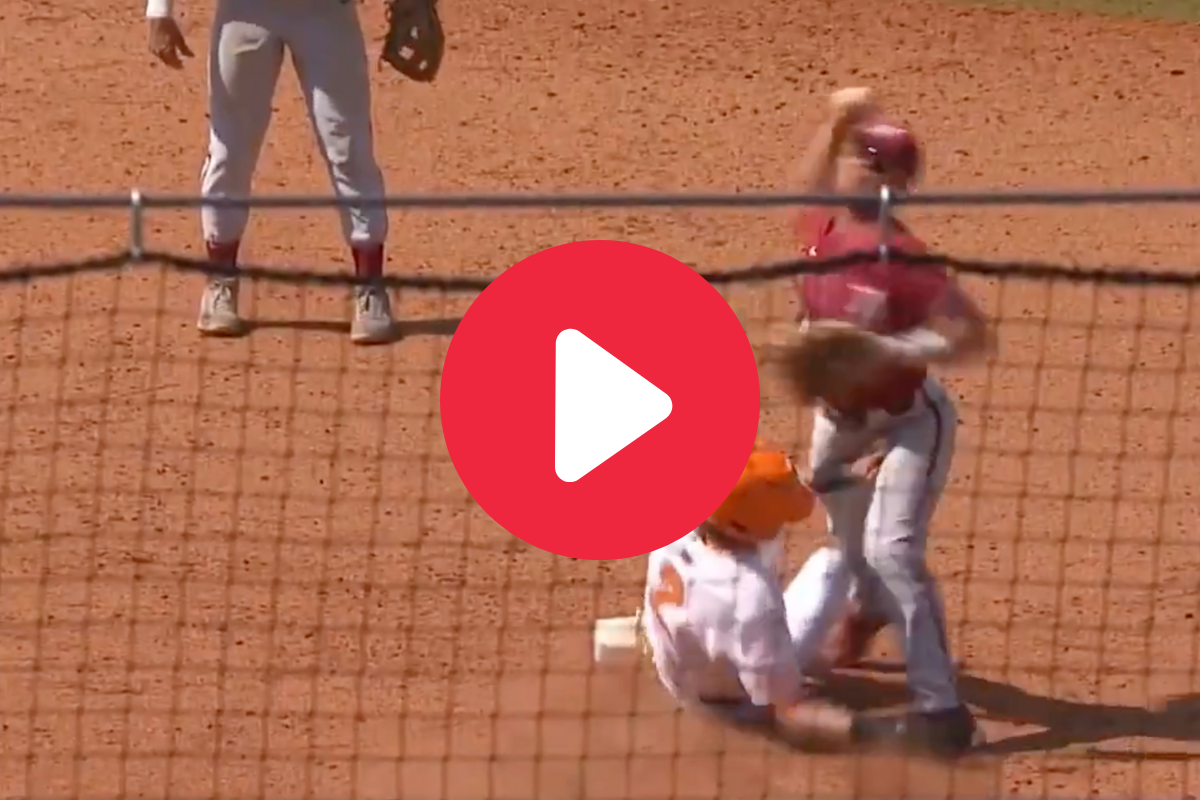 There’s a correct way to slide into a base, and it most certainly doesn’t involve slapping a player’s groin.

During Alabama‘s 3-2 upset win over the Tennessee Volunteers — who are ranked the No. 4 team in the country — in the second round of the SEC Tournament on Wednesday, a Tennessee player was called for interference while sliding into second base.

The controversial call essentially took away the win for the Vols and sent the game to extra innings, where the Crimson Tide prevailed sent their SEC rival to an elimination game in Hoover.

Fans in Knoxville, however, still aren’t happy about the call that went Alabama’s way.

The score was tied at 2-2 with one out in the bottom of the ninth inning. The bases were loaded.

Tennessee’ Jake Rucker chopped a ball that deflected off Alabama pitcher Chase Lee to shortstop Jim Jarvis, who quickly flipped the ball to second baseman Peyton Wilson for one out. As Wilson went to throw to first base for the double play, Tennessee’s Max Ferguson slid into the bag and was called for interference for what looked to be slapping Wilson’s groin.

Tennessee began celebrating what looked to be a walk-off fielder’s choice. The umpires had other plans, however, and called interference on the runner. The runner at first was ruled out. The double play ended the inning.

The question is was Ferguson intentionally putting his hand on Wilson? He may have just been putting his hand up to protect himself while Wilson was throwing. It might not even matter what his intent was, because it was called interference, either way.

Tennessee head coach Tony Vitello came out of the dugout to argue umpire Scott Cline’s call. He didn’t agree with it at all.

“I am not OK with it,” Vitello said of the ruling to KnoxNews.com. “I am not OK with losing, either. You either win or you learn. We talked about some things we can learn in the outfield. I didn’t need to explain it to them.”

The NCAA baseball rulebook says otherwise. According to the 130-page document, interference is defined as “an act that hinders or prevents a player from making a play.” While Ferguson did slide directly into second base, the rulebook states that interference should be called if “the runner illegally slides toward or contacts the fielder even if the fielder makes no attempt to throw to complete a play.”

“I really think they got all the calls right,” Bohannon said after the game. “I really do. I just think — I’m going to give the league a compliment. Adding video review has been amazing. It just takes all the emotion out of it. As a coach or as a player, all you can do is ask them to take a look. I thought they got all the calls right. I really do.”

The interference call wasn’t the only wild play in the inning.

The 9th inning was chaos for Tennessee today, who celebrated a win before ultimately losing to Alabama in extras pic.twitter.com/bQ2z1d2MeE

Alabama scored in the 11th after Sam Praytor’s double and Owen Diodati‘s RBI single. They hung on in the bottom half to win.

The win was a big one for Alabama, who’s still boosting its resume before the NCAA Tournament. The Alabama Crimson Tide plays Florida on Thursday in the Southeastern Conference Tournament while the Vols play Mississippi State in an elimination game.

Luckily, pissed off Tennessee fans can’t claim “SEC bias!” after the ruling, but there’s no doubt the play was a controversial one.