The No. 21 was special at Oklahoma State in the late 1980s. On the gridiron, running back Barry Sanders wore it on his way to winning the Heisman Trophy and cementing his place as one of the greatest college football players to ever do it.

On the baseball diamond, Robin Ventura wore it while knocking hits all over the ballpark. Ventura was a star third baseman in Stillwater from 1986 to '88 -- coincidentally the exact same time span Sanders was on campus. He was the focal point of the program's final years of a dominant decade. Just how good were the Cowboys in the '80s? OSU made the College World Series seven times, and Ventura was the main guy for their final two appearances in '86 and '87.

His bat is what helped make the Cowboys regulars in Omaha during his college career. Take a look at this: Over his three seasons, Ventura hit .428, recorded 329 hits and 300 runs (ranking first in both in school history) while registering 71 doubles, 68 home runs, 608 total bases, 302 RBIs and a .792 slugging percentage (all ranking second in school history). Absurd stats by themselves, but what makes his batting average even more incredible is that he hit .469 (!) as a freshman. Getting a hit nearly half the time you step up to the plate should be illegal.

However, one record stands above the rest: his 58-game hitting streak in 1987 -- college baseball's most unreachable feat.

How Robin Ventura Hit Safely 58 Games in a Row

Ventura's approach to hitting was all about giving his team the best chance to win. He did just that in '87. The Cowboys' record during his hitting streak? 48-10.

The streak started on March 18 against Missouri Southern and ended on June 4th in the College World Series against Stanford. Let's check in with our stats and info department to calculate the numbers: The streak lasted 78 days, which is longer than Kim Kardashian's marriage to Kris Humphries. OSU played 72 total games that season, meaning Ventura recorded a hit in 81 percent of their games. And, he recorded a hit in every single Big 8 contest the Cowboys played. I can't help but gas him up. All I'm going to say is yeah, OK.

Overall, Oklahoma State went 59-13 and breezed through the Big 8 with a 15-6 record en route to a conference title. Like Ventura's hitting streak though, the team's downfall came against the Stanford Cardinal. Oklahoma State was playing Stanford in the third-round of the College World Series and Ventura was hitless through four at-bats. In his fifth, the left-handed hitter smacked a hard grounder to second baseman Frank Casey, who ended up making a wild throw to first base. Ventura reached, but the play was ruled an error.

OSU ended up winning the game 6-2 and secured a spot in the national championship game, but Stanford battled their way back from the loser's bracket and beat the Cowboys 9-5 to win it all. So, Ventura's hitting streak and national title hopes ended in a matter of days. However, he only cared about the latter.

If there's any example on how to handle individual success, look no further than Robin Ventura. The guy is the king of downplay. Back in 2020, Ventura talked about the streak at length to NCAA.com. In fact, throughout most of it, he had no idea he was making history.

The third-baseman didn't catch wind of his streak until his last at-bat near the end of the regular season in a game against Kansas. Ventura faced a 3-2 count when his teammate in the on-deck circle, fully aware of the streak, encouraged him to swing.

"We were winning by a lot at Kansas and I was still in the game, and [during] my last at-bat, I remember having a 3-2 count and everybody is telling me to swing at it," Ventura said. "I didn't understand it and I ended up getting a hit, but I didn't go out of the zone or anything to get a hit. I couldn't figure it out. Finally, when I was back in the dugout, guys were like, 'That's a 30-something-game hitting streak.' And I was like 'Oh, all right. Cool.' From that point forward, it became harder because it's in your mind: I have a hitting streak going."

He ended up extending the streak, but when he knew, it added an extra mental hurdle every time he stepped in the batter's box. Regardless, he kept it going for 26 more games. 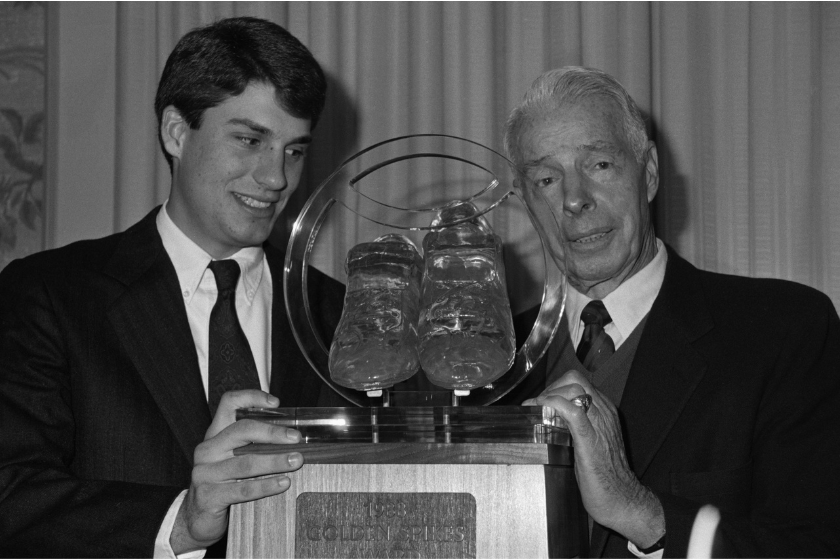 Living up to his king of downplay name, Ventura jokingly put the praise aside.

"Yeah, not quite as high pressure," said Ventura with a laugh when comparing the streaks in 2016.

Ventura Returned to Oklahoma State as a Student Assistant Coach

After his illustrious college career, the Santa, Maria, California, native was the 10th overall pick by the Chicago White Sox in the 1988 MLB Draft. Ironically, the pitcher who ended his hitting streak, Jack McDowell, was the White Sox's first-round pick in 1987. Even though McDowell had the ammo against his new major league teammate, he never once brought up ending the streak according to Ventura.

"I obviously didn't want to talk about it," Ventura joked, per NCAA.com. "Everybody thought we would sit around and talk about it. Other people would bring it up, but we never talked about it. It was over and we were on to doing whatever we needed to do with the White Sox."

Ventura enjoyed a 16-year pro career with the White Sox, New York Mets, New York Yankees and Los Angeles Dodgers. He made two All-Star teams, hit .267 and got in a notorious scuffle with Nolan Ryan. He moved to the dugout following his playing career and spent five years as the White Sox manager from 2012 to 2016, posting a 375-435 record.

In 2020, Ventura returned to Stillwater to finish his degree. Naturally, he wanted to help out with the baseball team, too. However, the only position open was a student assistant role, which Ventura gladly accepted.

"The people are special," Ventura said. "The people you play with are special. There was a start of a legacy before I got here. You want to be a part of it.

"I know I wouldn't have done this anywhere else," he continued.

Robin Ventura is on Oklahoma State's coaching staff to this day. You wouldn't know the student assistant is one of the greatest college baseball players of all time. He certainly wouldn't tell you, but the NCAA record books would.