Florida’s Undefeated, Off to the Best Start in Program History 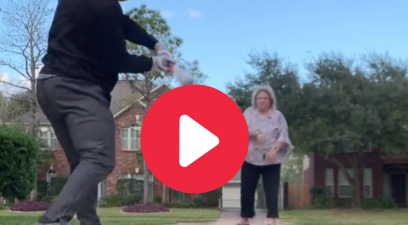 The Florida Gators had never begun a season 12-0. Not when they had Golden Spike Award winner Mike Zunino behind the plate. Not when they boasted a pitching rotation of MLB top picks in Logan Shore, A.J. Puk and Alex Faedo. Not even when they won the College World Series in 2017.

In head coach Kevin O’Sullivan’s tenure at the University of Florida — a reign that began in 2008 — never before has his team accomplished what the 2020 Florida baseball team has done so far.

It’s safe to say this season could be a special one.

And an 11th consecutive win to open the season. Here's how we got it done today 📹⬇️ pic.twitter.com/3zLzI6BbQ2

Only two other teams in the Southeastern Conference are undefeated: Alabama and Tennessee.

The Gators are getting it done thanks to some early breakout candidates.

Staff ace Tommy Mace is a perfect 2-0 with a 2.25 ERA in 20 innings thus far. Jud Fabian, the sophomore outfielder who disappointed last year, is hitting .321 and already has an SEC-best five home runs in 12 games.

Freshman starting pitcher Hunter Barco, who entered the season as college baseball’s most-hyped freshman, has lived up to expectations. The left-hander has struck out 19 and surrendered just two runs in 13.1 innings.

Still, O’Sullivan has not seemed satisfied with his team’s play.

“We’re really not in baseball shape yet,” he said in a release after Sunday’s 7-1 win against Troy. “We reached for a lot of balls this weekend. We lost our legs. We hit a lot of weak groundballs. We’ve got a long way to go.”

Hey, @OConnellCTR, can you bring @judfabe his souvenir ball back?

Florida’s path to its unblemished record hasn’t been an easy one.

Against Troy at McKethan Stadium, the Gators struggled in the first two games of the series. UF was down 7-4 in one game and needed a six-run seventh inning to pull ahead. After Florida barely squeaked out a 3-2 win over the Trojans in game No. 1, O’Sullivan ripped his team for sloppy play.

UF’s shining series, however, was the Miami one.

Florida headed to Coral Gables to take on the Hurricanes for what felt like playoff baseball in February. The result: a clean sweep of the then-No.1 ‘Canes. Florida needed extra innings in the first two games to put away Miami before finishing them off in the third game and announcing to the NCAA baseball world: Florida means business.

Florida added wins against Marshall and Jacksonville. Another win over the FAU Owls push them to 12-0, a record no team in UF history had reached since the baseball program was founded in 1912.

The Gators are going to lose at some point. They’ve got heavyweight bouts with Florida State as well as midweek matchups with Stetson, FAU, Florida A&M and Bethune Cookman coming up. SEC play begins with the Georgia Bulldogs in mid-March and continues with some tough, gritty teams like Texas A&M, Kentucky, Arkansas, Missouri, Tennessee, Ole Miss, Auburn, Vanderbilt and South Carolina.

There’s no doubt that Gators baseball fans should be excited for what is shaping up to be a magical season in Gainesville. Next stop: the NCAA Tournament.