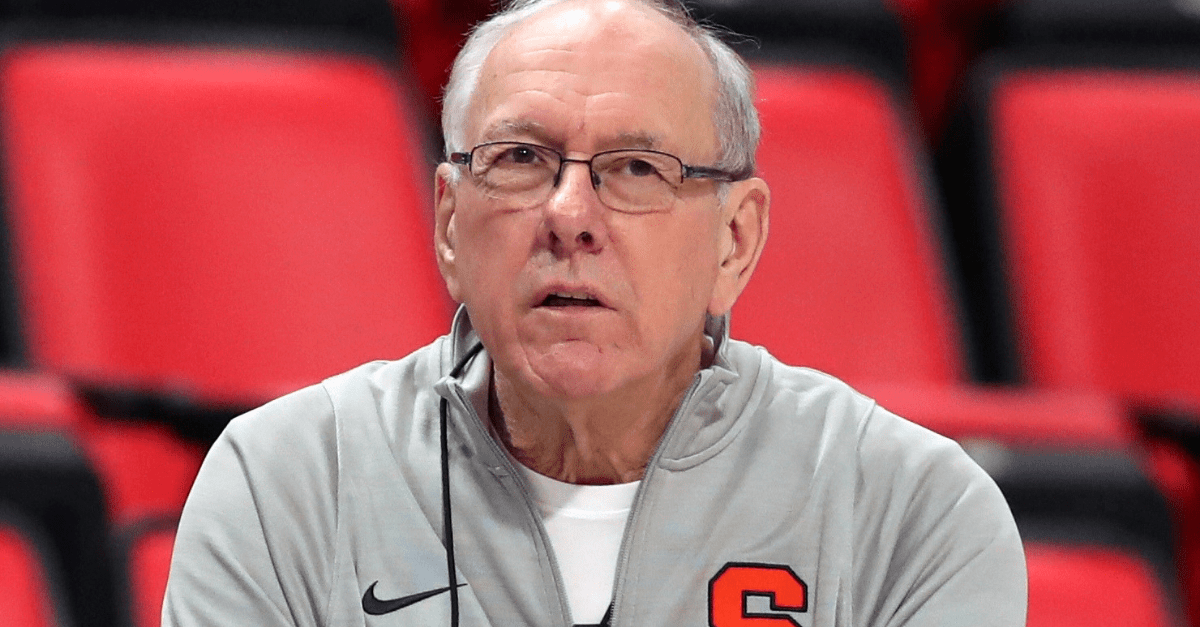 Syracuse basketball coach Jim Boeheim and his team had just beaten the No. 18 Louisville Cardinals, 69-49, inside the Carrier Dome. The Hall of Famer who has coached more than 1,400 games downplayed the importance of just one win, but beating a ranked team at home is massive for the Orange’s NCAA Tournament resume, especially when playing in the ACC. Things were going great in upstate New York until Boeheim made his drive home on Interstate 690.

According to Onondaga County District Attorney Bill Fitzpatrick, Boeheim attempted to avoid a vehicle that was stopped on I-690 eastbound when he struck 51-year-old Jorge Jimenez with his car. After being transported to Upstate University Hospital, Jimenez was pronounced dead later that night.

Fitzpatrick told WSYR News in Syracuse that Jimenez crashed his car into a guardrail as a result of bad weather late Wednesday night. His vehicle, which had three other passengers inside, had rolled to a stop in the middle of the highway when Boeheim hit and killed him.

The 74-year-old basketball coach is fully cooperating with the investigation and went straight to the police station after the car accident. Fitzpatrick also said that Boeheim was driving the speed limit and no drugs or alcohol were in his system at the time.

Since taking over the Syracuse Orange basketball team in 1976,  Boeheim has won hundreds of games, captured the 2003 National Championship with freshman-phenom Carmelo Anthony, has reached the Final Four of the NCAA Tournament five times, and won three Olympic gold medals with USA Basketball.

It’s hard to understate how massive of a figure Boeheim is to the college basketball community. It’s such a tragedy for a highway crash like this to happen, especially for Jorge Jimenez’s family. Our thoughts are with everyone involved during this time.

This story will be updated as new details become available.