Women's basketball is poised for a massive breakout on the national stage. And it's not just because the games are very good, but also because they are producing individual star athletes almost as good as the men's teams as well as a great overall teams. ESPN and its family of networks will carry more than 300 NCAA women's basketball games during their season. And few schools in the NCAA are doing this as well as the Stanford Cardinal.

Head coach Tara VanDerveer has been a longtime staple in the women's basketball scene and will be remembered as one of the greatest basketball coaches in NCAA history when her time to retire comes around. Stanford boasts such standout alum as Candice Wiggins, Jennifer Azzi, Kate Starbird, as well as Chiney and Nneka Ogwumike, to name a few. Cameron Brink is only a junior, but it's safe to say you will soon be able to add her name to that illustrious list of women's basketball players to play for Stanford's historic program.

The recent Cardinal teams have had dynamic young players who have helped cement their legacies alongside other elite programs such as UConn, South Carolina and Tennessee. Along with her senior teammate Haley Jones, Cameron Brink is one of the other few veterans on an otherwise young Stanford women's team looking to make another run for the national championship after winning it all in 2021.

On the Brink of Greatness 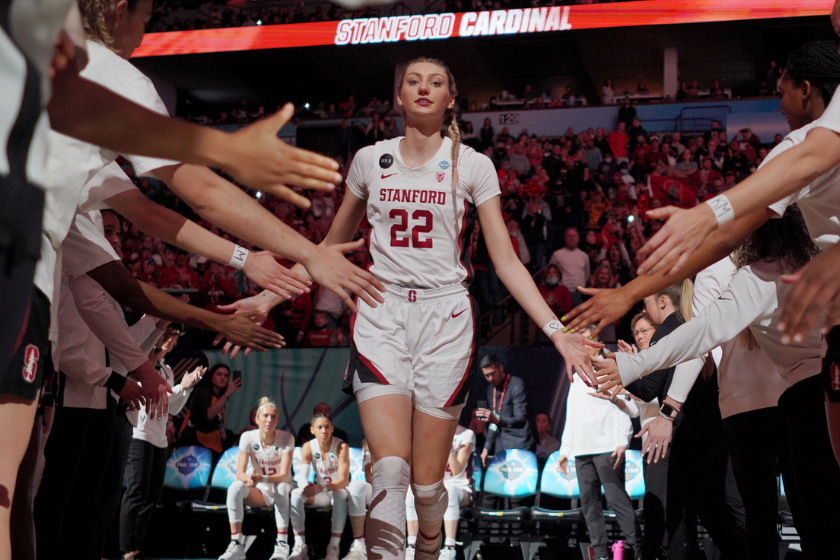 The Cardinal have only finished lower than the Sweet 16 once since 2003-04; they have appeared in the Elite Eight five times and the Final Four six times, were runners-up twice and won it all in 2021. It was this championship that likely led Brink to stay for her junior year at Stanford instead of declaring for the WNBA Draft and league, which has become decisively more competitive over the past few years. She wants that second national championship title before moving on to the next phase of what will likely be a great professional career in the WNBA.

As a high school star for both Southridge and Mountainside high schools in Beaverton, Oregon, Brink was a McDonald's All-American and the ESPN No. 3 overall recruit in her class. Despite offers from PAC-12 rival and home-state school Oregon, as well as the UConn Huskies, she chose to go to Stanford based on its coaching staff as well as strong academic programs, which she felt would serve her later in life after her basketball career ends.

So far in her two-year career at Stanford, the junior forward has already racked up an awards list almost as long as her famous blonde braids. In 2022, she was named PAC-12 co-player of the year as well as PAC-12 defensive player of the year. She was also named to the PAC-12 All Defensive Team and the All-PAC-12 Team, and was named a third-team All-American and a WBCA Coaches All-American. As a freshman, she was named to the All-Pac12 freshman team and a national champion.

Now, I might just be speculating here, but there could have been one other famous factor that aided in Cameron's decision to attend Stanford.... 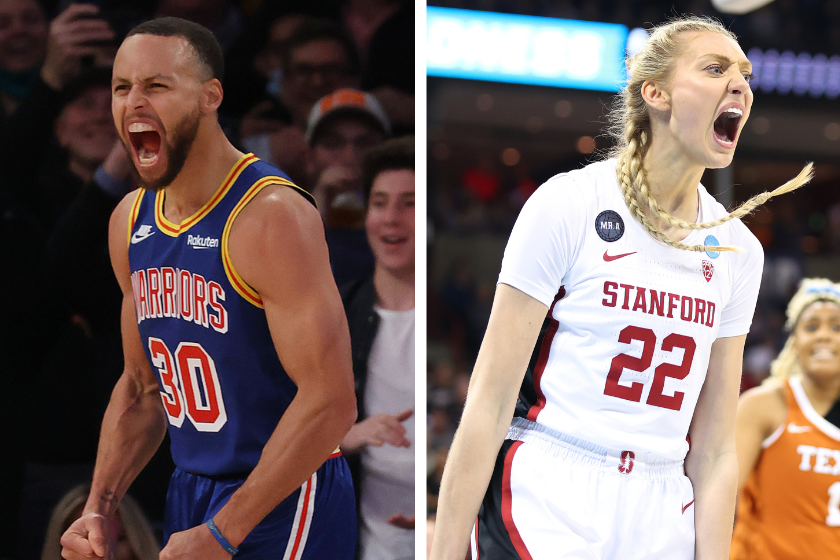 Nestled between Silicon Valley and the Bay Area, Stanford University is just a mere 28 miles from San Francisco, where a slightly popular and successful basketball team now plays -- the Golden State Warriors. Speaking of a team that is loaded with breakout stars, she just happens to be particularly close to their biggest star of all.

That's right: Steph Curry. Yeah, "that" Stephen Curry, who just so happens to be Brink's god-brother and possibly the greatest shooter of all time. So you could say that the game of basketball is in her blood.

It's a history that goes all the way back to their parents' college basketball days. At Virginia Tech, their parents become lifelong friends when her mom, Shelly Bain-Brink, played basketball and was roommates with Sonya Curry, who was a volleyball player. Her dad, Greg, and Dell Curry played basketball together and lived on the men's side of their mothers' dormitory. The four of them forged a lifelong bond that lasts until this day, and Cameron is frequent guest at Steph and Ayesha's dinner table. And when Cameron's parents drive down from Portland for Stanford home games, there's always a guest room waiting for them in the Curry household. 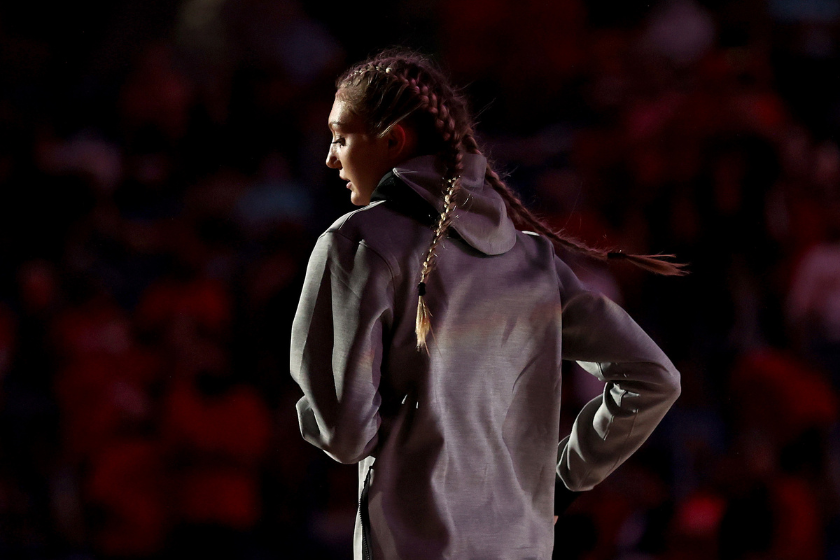 Sure, Cameron Brink is an elite shooter and rebounder, but it's not just all about basketball for her. With name-image-likeness compensation becoming a major part of college athletics as a whole, some key sports stars are using their voices to speak not just about commercial deals but also for larger causes. Brinks is a leading voice in All Vote No Play, which encourages young student athletes to recognize the importance of voting and civic duty. In fact, the NCAA declared in 2020 that there would be no practices or athletic activities on Election Day so student-athletes can go out and vote without fear of missing any required activities.

The PAC-12 is still anyone's game with a tough Arizona team and an Oregon team that, even without injured star Sedona Price, will not be easy to beat. But with a 5-0 start to their season, VanDerveer at the helm and Haley Jones at Brink's side, the Cardinal should be able to make yet another deep run in the NCAA tournament in quest of that second national championship. And It's clear to anyone who watches her that Brink is a star both on and off the women's basketball court and has a bright future ahead of her in everything that does.

MORE: The 11 Most Dominant Programs In Women's College Sports History