Anthony Edwards Says Goodbye to Georgia: “I Hope I’ve Made You All Proud” 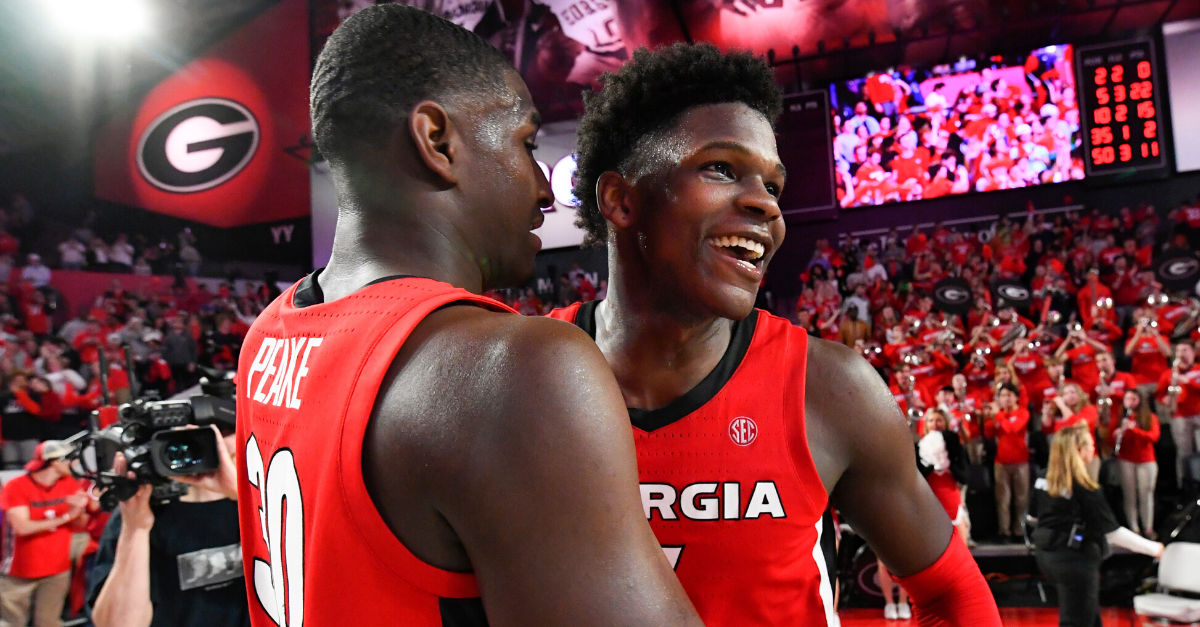 From the very moment he committed, everyone knew Anthony Edwards wasn?t going to be in Athens for long. NBA scouts have drooled over him for years, and one season in college was all fans were going to get. The 6-foot-5 shooting guard didn?t disappoint, but it?s officially the end.

After lighting up the SEC as a freshman for the Georgia Bulldogs, constantly showing off his elite athleticism and scoring prowess, Edwards officially declared for the 2020 NBA Draft on March 20. Although it was expected, a heartfelt goodbye was absolutely in order.

The dunks. The smooth jumper. The upset wins. It was a fun ride under head coach Tom Crean, and it won?t ever be forgotten.

The coronavirus pandemic (COVID-19) might have cut Edwards? lone NCAA season short at the SEC Tournament, but his highlight reel is something special. The 18-year-old kid nicknamed ?Ant-Man? dazzled all year long and helped the Bulldogs win 16 games.

Edwards, an Atlanta native, averaged 19.1 points, 5.2 rebounds and 2.8 assists. The Georgia freshman dropped over 30 points against Michigan State, Florida, and South Carolina, further proving he is a top prospect in the upcoming draft and potentially the No. 1 overall pick.

?As I reflect on my college basketball career, both on and off the court, I realize how blessed I am to have an extended family in my basketball community. To my coaches, trainers, and the UGA staff, I?m thankful for all you have done for me. To my teammates, thank you for showing me that I?ll have brothers in you for life. To the fans, who showed up and brought the energy to Stegeman Coliseum every single night, just know ? we couldn?t have done it without you.

?Georgia will always be my home but I am ready to take my game to the next level and have decided to declare for the 2020 NBA Draft. I hope I?ve made you all proud but the work is far from finished.

?Family, friends, teammates, coaches, fans and Georgia, this one?s for you. I?m excited for what the future holds and I hope you?ll follow along.

?The next chapter starts now? Let?s get it.?

What a ride it was, too.

Since high school, Edwards has been looked at as a premier scorer and playmaker and has the physical tools, including a long wingspan, to be the top pick. He still needs to improve as a ball-handler, but the combo guard is electric. His highlights are definitely proof.

Edwards has been compared to NBA guards like Dwyane Wade and Donovan Mitchell, according to NBADraft.net, and has been linked to the No. 1 pick alongside other players like Memphis center James Wiseman, North Carolina point guard Cole Anthony and point guard LaMelo Ball in NBA Mock Drafts.

There?s no doubt Edwards is set to have a great professional career, and fans should always remember his days at Georgia.

MORE: Kenny Rogers Faked Michael Jordan Out of His Shoes in 1988 Charity Game