Tucked away in Storrs, Connecticut is a university that has had a lot of basketball success. Their women's program has dominated for decades. They currently own the longest winning streak of any Division 1 program, whether it be women's or men's.

Of course, I'm talking about the UConn Huskies. 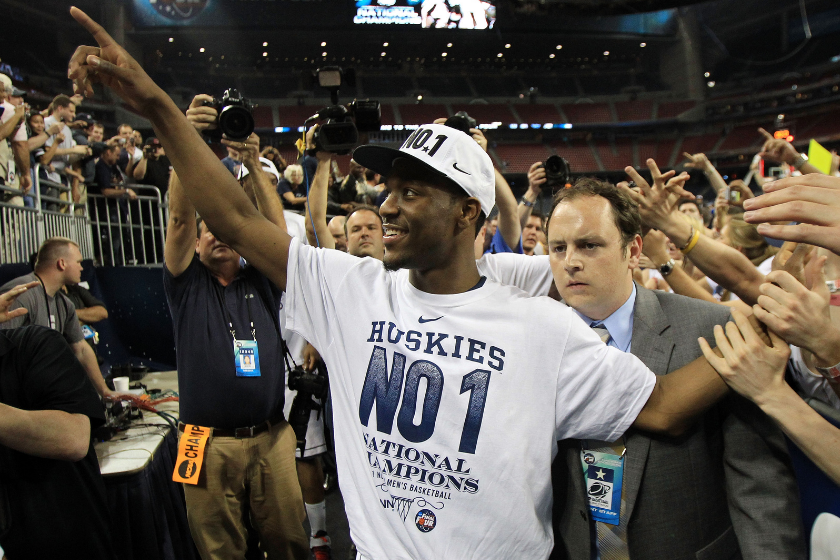 "Cardiac Kemba," as many have called this Manhattan native, has broken many opposing college fans' hearts. Walker jumped right into playing point guard as a freshman. He was named to the Big East All-Rookie team and helped his team reach the Final Four in 2009 before getting knocked out by Michigan State.

He became a household name in his junior year. Walker was second in the nation in scoring. His nickname came about in that year's Big East Tournament. He led UConn to become the first school to win five games in five days, scoring 130 points over that period, a record in any conference tournament. Against the Pittsburgh Panthers, Walker nailed a buzzer-beater and the replay still haunts the Steel City to this day. The Huskies would go on to secure a March Madness bid and win the 2011 NCAA Championship, while Walker was named the Most Outstanding Player of the tournament. 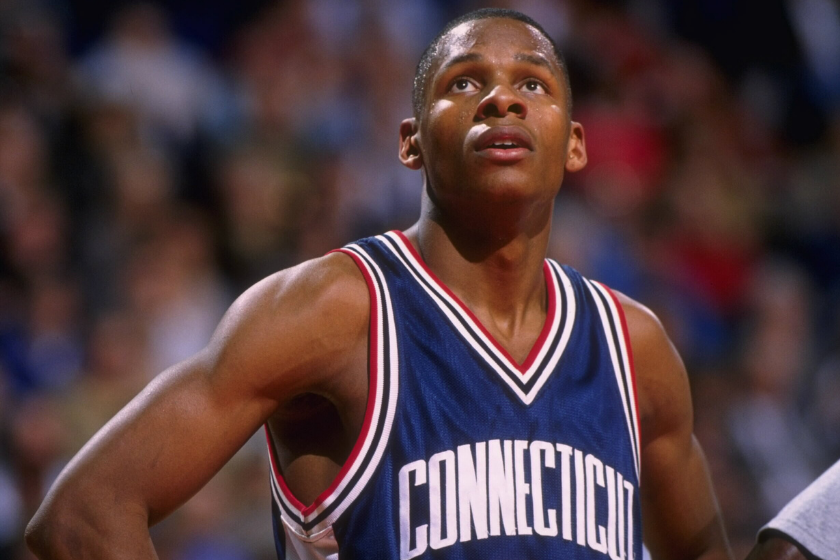 Before hitting what could arguably be the biggest shot in NBA history, this "He Got Game" star from Merced, California donned the Husky jersey. It's at UConn he established himself as a long-range shooter.

Known for his quick release, Allen made it rain over Big East opponents. He set a single-season school record for three-pointers with 115 during the 1995-1996 season and finished third on the all-time UConn scoring list. While playing for the Huskies, Allen was named USA Basketball's Male Athlete of the Year.  In 2001, he was named honorary captain of the 25-member UConn All-Century Basketball Team. He is the only Husky to have his number permanently retired by the school. 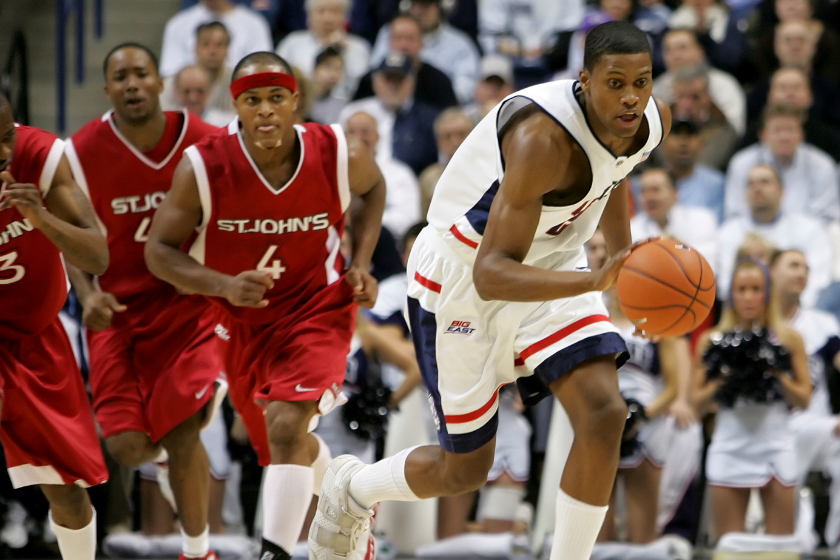 Despite only playing two years in college, Rudy Gay made a huge impact on the Huskies. As a freshman, he averaged 11.8 points and 5.4 rebounds per game. He was a unanimous Big East All-Rookie Team selection while also sharing the Big East Conference Rookie of the Year award with Georgetown's Jeff Green. The Sporting News named him the National Freshman of the Year.

His sophomore year was significantly better, averaging 15.2 points per game and 6.4 rebounds per game. He was nominated for the Naismith College Player of the Year Award alongside JJ Redick, Adam Morrison and Allan Ray. He was a First-team All-Big East selection and a Consensus second-team All-American.

Gay is one of 13 players to be inducted into the "Huskies of Honor." 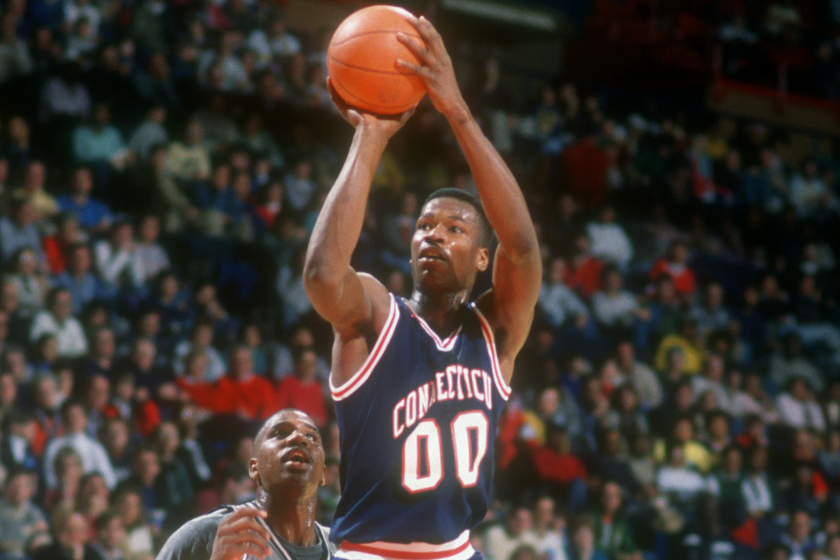 Before he was a contestant on "Survivor" or spreading "basketball diplomacy" in North Korea, this 6'10" Buffalo native, played in the Hugh S. Greer Field House.

After a somewhat dismal freshman year of only averaging 5 points per game, Robinson became a centerpiece for Jim Calhoun. In fact, it was Calhoun that turned his career around by saying to him after his freshman year, "You have two choices: I can kick you [off the team] if you keep doing what you do, or I'm going to watch you play a lot of years in the NBA."

Calhoun credits Robinson as the first great player for his program. Robinson helped lead the Huskies to a 1988 National Invitational Tournament Championship and was named to the all-tournament team. After his time with UConn ended, he was named to UConn's All-Century men's basketball team. He is also a member of the "Huskies of Honor." 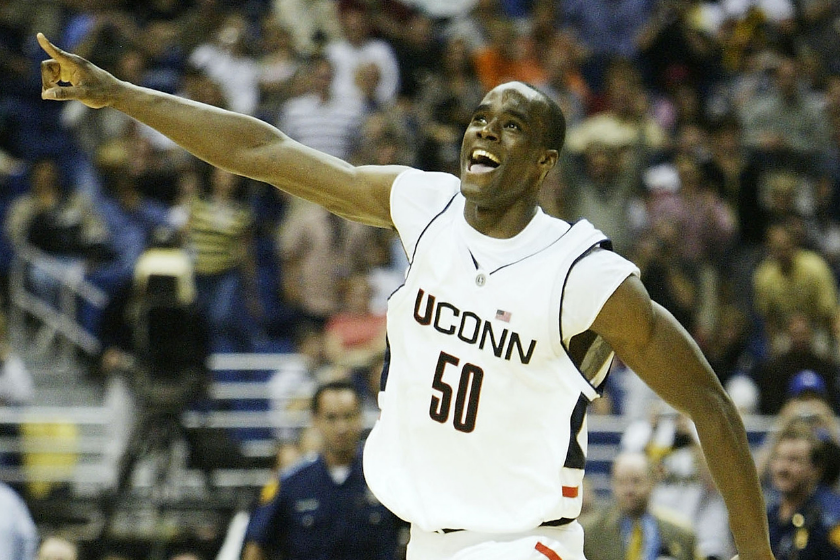 You could easily argue that this Houston native is the face of the Huskies. It's hard not to immediately think of Okafor when you think of UConn men's basketball.

He was an absolute menace of the defensive side of the game. His shot-blocking skills made it extremely difficult for opponents to drive to the basket. He also was successful on the offensive side. During the 2003-2004 season, Okafor averaged a double-double with 17.6 points per game and 11.5 rebounds. He won the Big East Player of the Year award that year and led UConn to the Final Four, defeating Duke in the semifinals, thanks to some clutch late-game free throws from Okafor.

Against Georgia Tech, Okafor scored 24 points and grabbed 15 rebounds as the Huskies brought home their second national title. He was named the NCAA's Most Outstanding Player of the tournament. He also led the Big East in blocks that year and was named National Defensive Player of the Year. He graduated as the school's all-time leader in blocks.

Like the other players in this lineup, he is part of the "Huskies of Honor."

It's easy to see why the UConn men's basketball team has had a lot of success in the last two decades, especially in the NCAA Tournament. Their all-time lineup has some serious college basketball players in it. I didn't even get to mention Rick Hamilton. And I think they would hold their own against other school's All-Time lineups, especially with Kemba Walker clutch genes and Okafor's defensive prowess. You also can't forget that Jim Calhoun would be leading this team as head coach.

MORE: The Villanova Wildcats' All-Time Starting 5 is as Gritty as it Gets