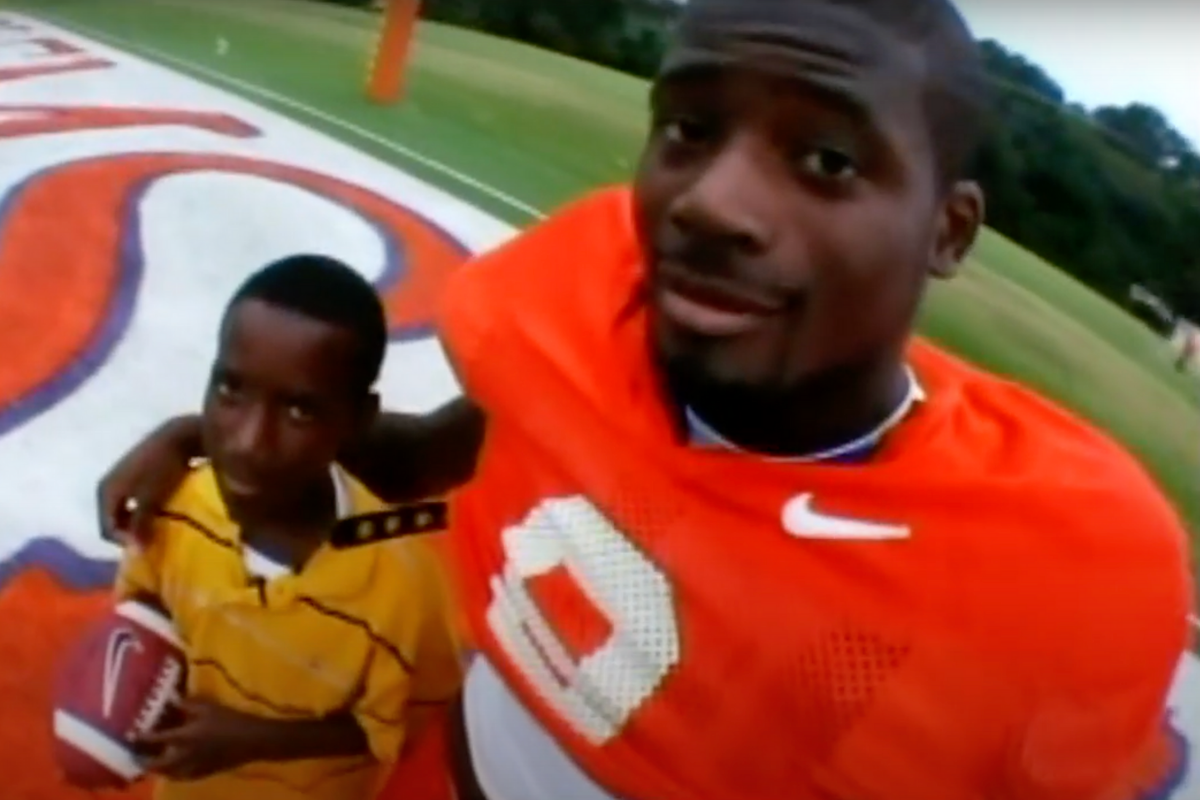 Former Clemson Tigers football player Ray Ray McElrathbey rose to national stardom during his college football playing days, becoming one of the most recognized and celebrated athletes in the nation.

A member of the Tigers’ football team from 2005-06, McElrathbey only made a handful of tackles across his career. However, it wasn’t his play on the field that made him so popular with the public.

Instead, it was McElrathbey’s story that won over the hearts of fans, coaches and even the NCAA itself.

When McElrathbey attended Clemson in 2006 after his redshirt freshman season, he brought his younger brother with him to visit the campus. His 11-year-old brother Fahmarr ended up staying with McElrathbey for upwards of a month, as Ray Ray felt it was important to keep Fahmarr away from a less than desirable home life.

McElrathbey’s mother had just returned to Atlanta from Las Vegas, but was battling drug addiction. The Clemson football player didn’t want Fahmarr to be around that type of environment.

Clemson University sought and surprisingly received a waiver from the NCAA which enabled Fahmarr to be transported to and from school by wives of Clemson coaches and administrators, while also establishing a trust fund to offer aid to Fahmarr.

McElrathbey earned several awards for his actions, was featured on the Oprah Winfrey Show, and was even named Person of the Week by ABC.

Additionally, the heartwarming true story gained national attention, and is set to hit the big screens in 2020 after being picked up by Disney and turned into a Hollywood sports movie.

The Disney movie, titled Safety, is directed by Reginald Hudlin and produced by Mark Ciardi, who vouch the flick will not be a typical sports movie, such as classics like Any Given Sunday or Friday Night Lights.

The film is set to be released Friday, December 11 and will be viewable to subscribers of Disney+, with actor Jay Reeves playing the role of McElrathbey.

Fans who were in attendance for Clemson’s game against Charlotte in 2019 will have a chance to feature in the film, as part of the movie was filmed during halftime of the game last year.

McElrathbey redshirted his freshman season at Clemson in 2005, but was a key special teams player in 2006 for Tommy Bowden’s squad. He also featured briefly as a running back and wide receiver, training under then Clemson WRs coach Dabo Swinney.

He graduated from Clemson in 2008 before transferring to Howard University in Washington, D.C., to further his education.

McElrathbey currently lives in Atlanta and has a family of his own, but splits his time between Los Angeles, South Carolina and Atlanta.