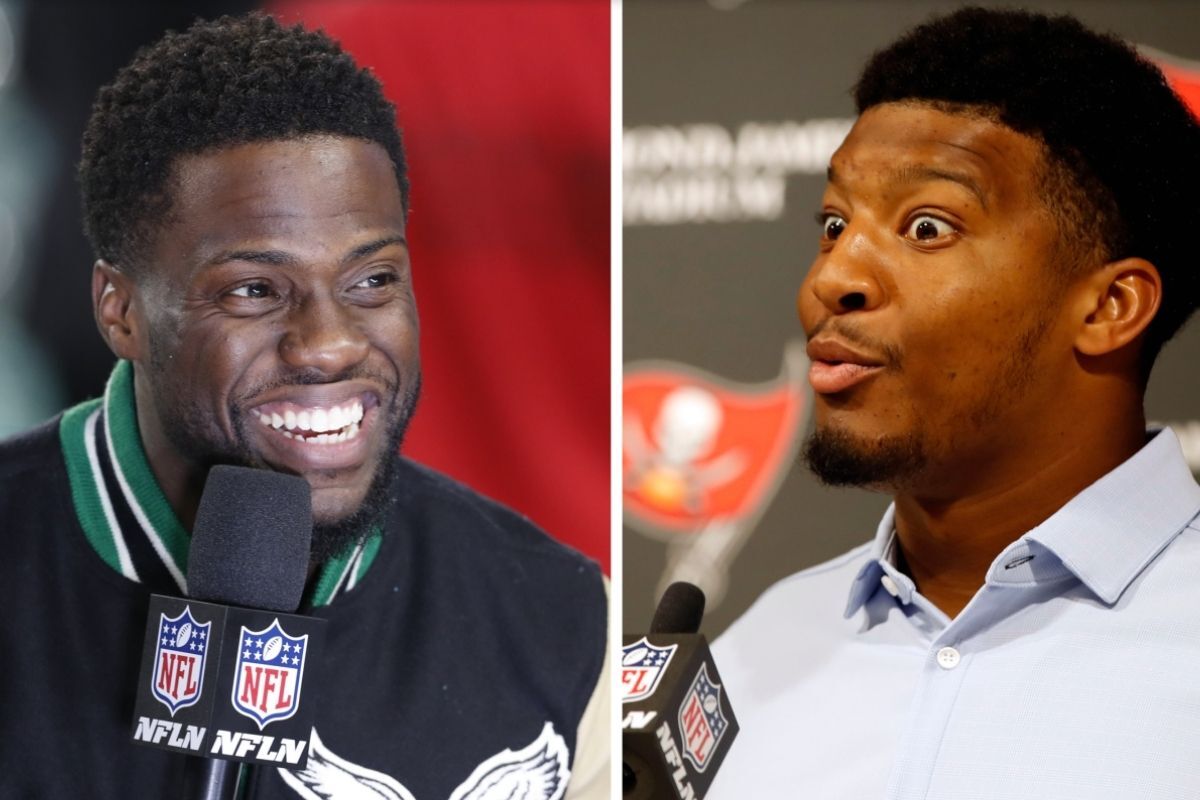 Jameis Winston is the king of clowning around. Everyone remembers the infamous crab leg thievery incident that landed him in hot water. The former Florida State Seminoles quarterback once stood on a table and yelled some very stupid NSFW things before going on to “eat dubs” in the NFL for the Tampa Bay Buccaneers and New Orleans Saints.

Kevin Hart is the king of comedy. He’s world-famous for his hilarious stand-up. He’s starred in movies alongside The Rock, Jack Black and Will Ferrell. Hart one-time wore stilts to nail a Shaquille O’Neal impression. He’s roasted everyone from Floyd Mayweather to Conan O’Brien.

Back in 2014, Hart made his way to Florida State University and guess who he roasted first?

Kevin Hart was in Tallahassee for a show and stopped by to see the FSU football team. Of course, he couldn’t resist taking some shots at the team’s star quarterback and 2013 Heisman Trophy winner.

The exchange starts out with Winston picking up the tiny comedian upon seeing him walk up. Then the jokes start flying.

“Ya’ll might be in the top-10 most unattractive football teams I’ve ever seen,” Hart says.

Hart then points to Jameis and offers some words of wisdom.

“You need to stop doing dumb s—,” Hart says. “I started to bring a bunch of crab legs to see if you were gonna take them.”

Hart had the whole team cracking up, and Winston looked a bit uncomfortable he was called out for the crab leg incident. That’s what comedians like Kevin Hart do. He pushes the boundaries and people love him for it.

According to Sporting News, FSU wide receiver Kermit Whitfield originally posted the video before deleting it. TMZ and other social media users were able to save it and allow it to live on forever. For that, I thank them.

MORE: Jameis Winston Had To Be Dragged Away From UF-FSU?s Bench-Clearing Brawl