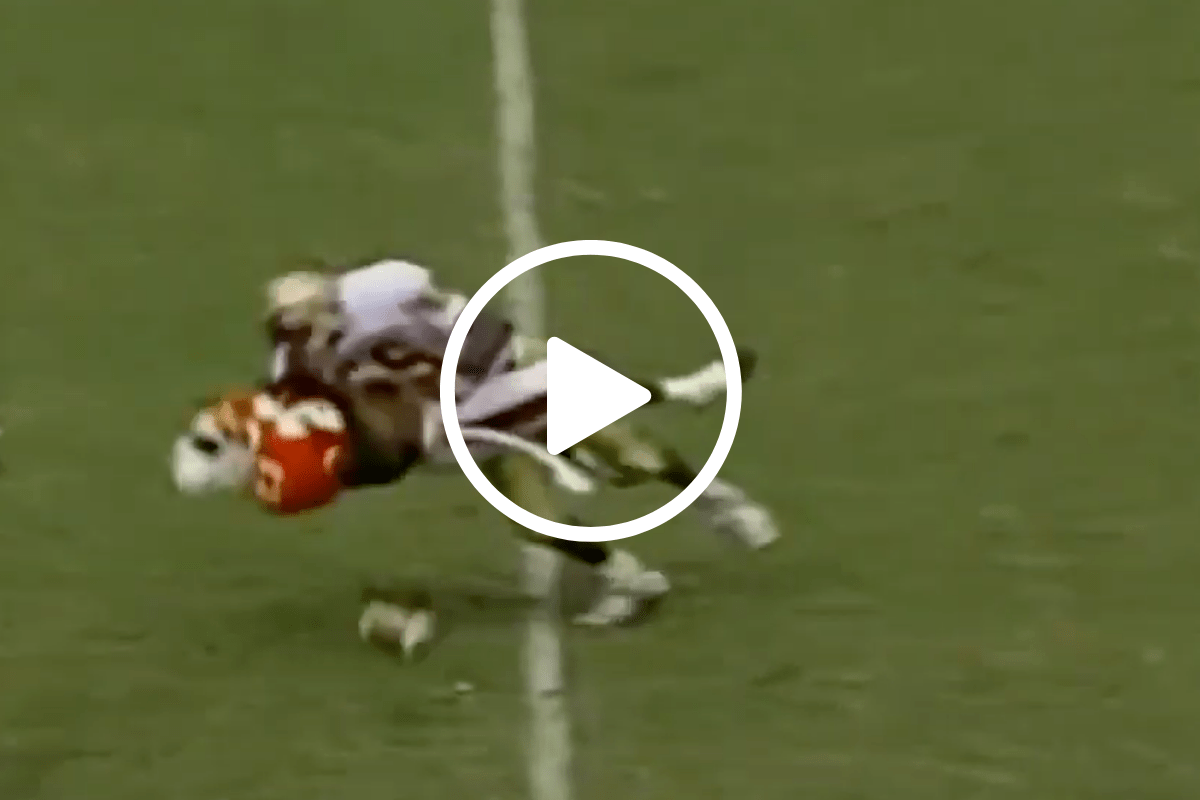 Former Florida State Seminoles linebacker Marvin Jones was a force to be reckoned with.

He anchored the defense and patiently waited to fill the gap and deliver the boom. He loved putting his skill set into action against none other than the Miami Hurricanes.

The heated in-state rivalry made the adrenaline pump a little stronger. It brought an entirely new energy, and it had national championship implications.

In the 1992 game, all the above was true, and Jones made every wide receiver’s worst nightmare come to life.

The Hurricanes and ‘Noles entered the game as the No. 2 and No. 3 college football teams in the country, respectively. The U was the defending national champion and was in the midst of a 58-game home winning streak at the Orange Bowl.

Marvin Jones paid respect to his initials by taking that personally.

Miami quarterback and eventual Heisman Trophy winner Gino Torretta dropped back to pass. Running back Larry Jones slipped out of the backfield just past the line of scrimmage. Torretta dumped it off.

They don’t normally feel earthquakes in Florida, but Marvin Jones caused a small one with his monster hit.

Larry Jones, who had the ball for a split second, lost it immediately. If he would’ve held onto it, I think he belongs in the best pass catcher of all time conversation. Instead, he laid there with his body and spirit in shambles.

Marvin Jones bounced up triumphantly. This field is only big enough for one Jones, he thought.

?Well, basically, it was already hot outside, so I was already [mad,]? Marvin Jones told The Orlando Sentinel of the hit. ?But you know what, I always prided myself on reading the offenses and reacting to the ball. When I played, there is no such thing as an ordinary tackle. Every time I tackle, I want it to be the perfect tackle. It didn?t matter, that?s just how I played the game. Don?t put me out there if you don?t want me going 1000 miles an hour. That?s how I played the game.”

FSU fans would like to forget the rest of the game. It turned into Wide Right II and ended in a 19-16 Miami victory.

We’ll turn the rest of this into a Marvin Jones appreciation post.

Jones obviously played the part of a linebacker. More importantly, he looked it. The huge facemask, the visor, No. 55 and the neck pad. The neck pad is the true sign of a linebacker from the ’90s. Wearing it was a clear marker to the offense that this was the toughest guy on the field.

His skill was honored off the field by being named a consensus All-American, winning the Butkus and Lombardi awards and cementing his place in Tallahassee as a member of the FSU Hall of Fame.

Did I mention his nickname Shade Tree? All-timer.

An opposing offensive coordinator against FSU shrunk his playbook to save lives.