The 1989 World Series Earthquake Shook More Than The Ground 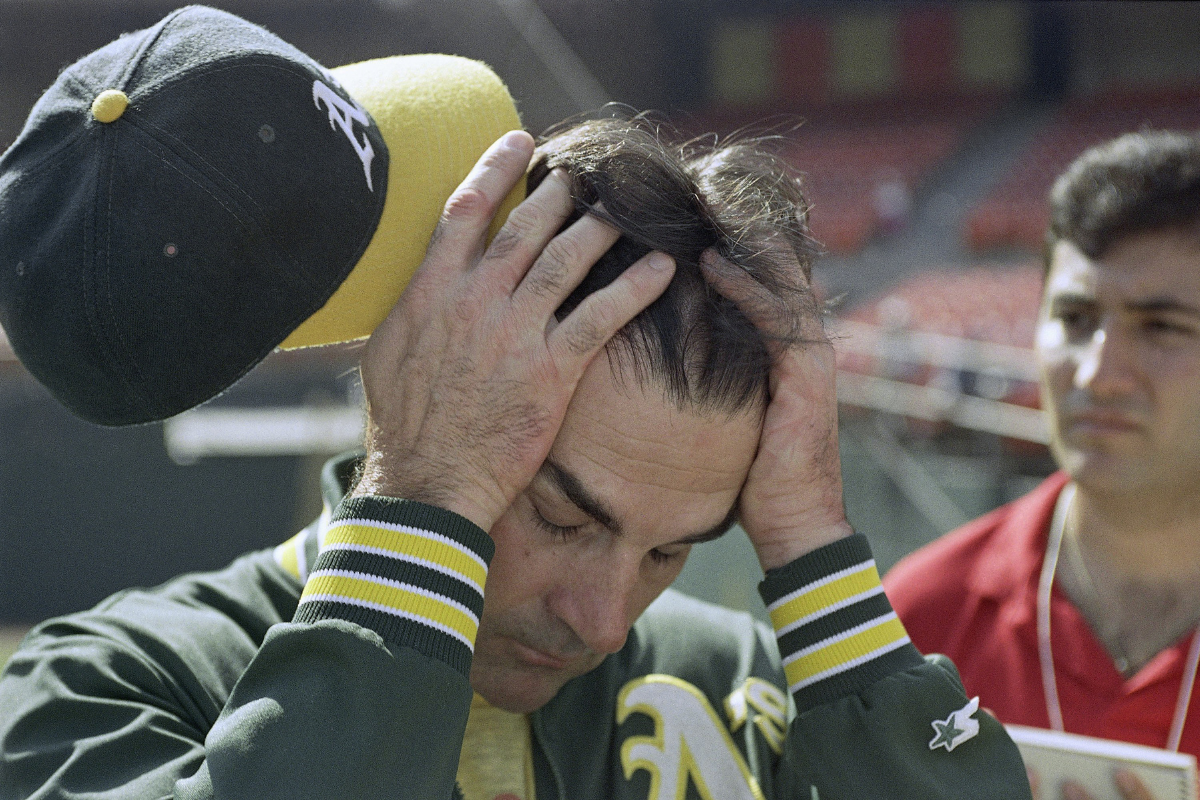 The 1989 World Series was bound to be a memorable one for the Bay Area.

However, one of the most infamous moments in baseball occurred just as Game 3 was about to begin at Candlestick Park in San Francisco.

The Loma Prieta Earthquake altered the landscape of the series, and the entire San Francisco Bay Area.

The two Northern California teams were loaded with talent. The first two contests in the 1989 World Series had already taken place at the Coliseum in Oakland.

With the Giants hoping to secure their first win, the series moved to San Francisco’s Candlestick Park. The first pitch was scheduled for 5:35 p.m. local time, but then something happened that would change everything.

At 5:04 p.m., the Loma Prieta Earthquake began. Originating from The Forest of Nisene Marks State Park in Santa Cruz County, the quake registered a whopping 6.9 on the Richter scale. Some people were already in the ballpark, and television coverage leading up to the game had begun.

Giants first baseman Will Clark felt it as he was returning from warmups.

Al Michaels called the action for ABC. The legendary broadcaster could tell what was happening and exclaimed to the audience at home, “I’ll tell you what! We’re having an earthquake!” ?? but the feed cut out while he was talking. When the feed returned, he quipped that it was “the greatest open in the history of television.”

ESPN, who was not under the ABC umbrella at the time, was able to keep their coverage going because they had a generator. The Goodyear Blimp was in the air, providing a look at the aftermath of a World Series earthquake instead of a World Series game.

A quake hadn’t hit the Bay Area with such destruction since the Great San Francisco Earthquake of 1906. The Marina District caught on fire. The upper deck of the Bay Bridge collapsed and fell onto the lower deck. The Cypress Street Viaduct in Oakland collapsed as well, killing dozens.

Meanwhile, a ballpark full of players and some fans were trying to keep each other safe.

Players piled out of the clubhouse and onto the field in case anything inside Candlestick Park collapsed as well. The earthquake lasted 17 seconds, but left damage that would take days to be sorted through.

MLB Commissioner Fay Vincent was new to the job ?? former commissioner Bart Giamatti had recently died of a heart attack. Vincent decided to postpone the game for the time being. The stadium had lost power, and there was concern about potential structural damage to the ballpark as well. Players were sent home.

Oakland A’s players had additional time added to their transit due to the damage generated by the earthquake. Jose Canseco was famously seen in his full uniform at a gas station.

Initially, Vincent postponed the game for five days and then added five more days to that postponement. San Francisco’s mayor Art Agnos was hoping to wait a month, but Giamatti was unwilling to wait that long.

The ballparks of the Chicago Cubs, New York Yankees and Seattle Mariners were considered as possible options. However, with only minimal damage done to Candlestick in the earthquake, Game 3 was played in San Francisco as planned.

Due to the 10-day delay, Dave Stewart was able to start again for the Athletics. Police officers and firefighters who had served as first responders during the earthquake were on hand to throw out the first pitch.

It was a high-scoring affair, the Athletics beat the Giants, 13-7, though four of those San Francisco runs came in the ninth innings.

Game 4 took place on October 28, the latest a World Series had ever gone into the year. Rickey Henderson opened the game with a home run, and the A’s took an 8-0 lead. Home runs from Kevin Mitchell and Greg Litton got the Giants within two runs, but in the end, Oakland won the night and took home the World Series in four games.

Yes, the 1989 World Series ended in a sweep for the Athletics. That fact is easy to forget amid all the chaos. Stewart was named the World Series MVP, winning two games in a four-game series like Old Hoss Radbourne.

This Oakland squad is one of only four teams to never trail in a World Series, along with the 1963 Los Angeles Dodgers, the 1966 Baltimore Ravens, and the 2004 Boston Red Sox.

Of course, this World Series will never be remembered for baseball. It will always be the year that an earthquake shook the Bay Area and postponed the World Series for 10 days.

Al Michaels‘ mix of gallows humor and genuine fear is the defining aspect of the 1989 World Series. Even Jose Canseco at a gas station can’t overshadow that.