Peter Warrick Dominated at Florida State, But Where is He Now? 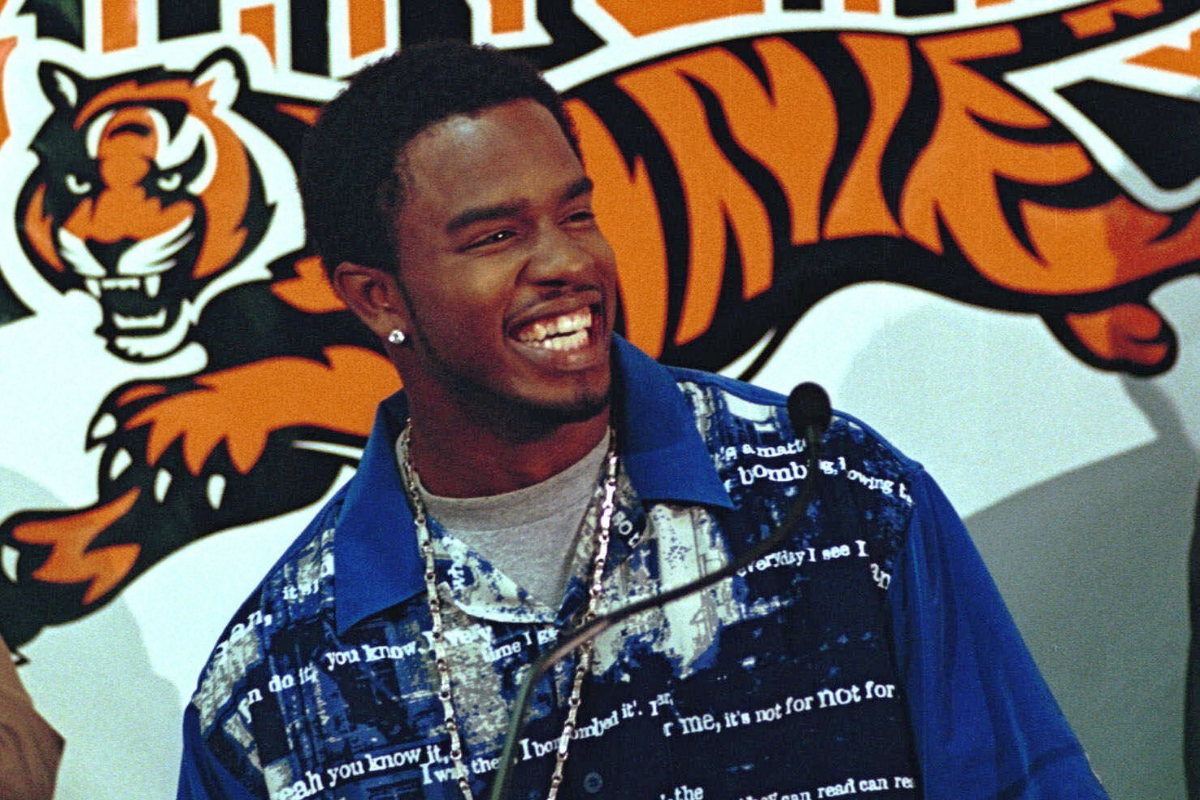 The game plan was simple: Don’t let No. 9 touch the football.

At least, that’s what opposing coaches hoped would happen. Instead, week after week, former Florida State Seminoles wide receiver Peter Warrick flummoxed defenses and gave everyone headaches during his time in college football.

The two-time Consensus All-American and three-time First-Team All-ACC selection from Bradenton, Fla., made opponents pay at receiver, catching 207 passes for 3,517 yards and 32 touchdowns in four years. As a punt returner, he fielded 72 punts for 937 yards (13.0 average) and scored twice.

Had a shoplifting arrest at a department store not warranted a two-game suspension his senior year, Warrick, who was the frontrunner at the time, likely would have won the 1999 Heisman Trophy. He finished sixth in the voting.

Warrick’s career touchdown catches in Tallahassee rank first in Florida State University history, but his 32nd stands out most.

Warrick’s acrobatic third touchdown of the 2000 Sugar Bowl ? two receiving and one punt return ? sealed the NCAA national championship game as Florida State and Bobby Bowden went wire-to-wire as the undisputed No. 1 team in college football.

Professional football wasn’t as kind to the Sugar Bowl MVP. The fourth-overall pick of the 2000 NFL Draft began his career with an incompetent Cincinnati Bengals franchise that won 12 games in three years before Marvin Lewis took over for the 2003 season.

In his first four years, Warrick was pretty productive ? 466 targets, 253 catches, 2,684 yards and 18 receiving touchdowns (plus two more rushing) is nothing to scoff at.

However, a knee injury early in his fifth season changed everything, and Warrick’s explosiveness was never the same. After the Bengals released Warrick in 2005, he played in 13 games with the Seattle Seahawks as the team’s punt return specialist. He fielded four kicks in Super Bowl XL, but he was out of the NFL after six years.

Turns out, Warrick’s mission after football was much greater than scoring touchdowns.

Where Is Peter Warrick Now?

RELATED: What If FSU?s Charlie Ward Picked the NFL Over NBA?

In 2013, Warrick took his wealth of knowledge back to high school football, becoming wide receivers coach of the Creekside Seminoles in Fairburn, Georgia, just outside Atlanta. More than a decade removed from his own days as a Seminole, Warrick’s players had no clue who their new coach actually was.

“When I came out [the head coach] was like, ‘This is Peter Warrick. If you don’t know who Peter Warrick is, Google him,'” Warrick told 11Alive in 2014.

Needless to say, his players bought in immediately after seeing his highlights.

Payton was born with Bilateral Hearing Loss, which required a $100,000 set of cochlear implants, as well as needing multiple surgeries and speech therapy in the hopes of correcting his hearing.

Then, on January 30, 2017, Payton was diagnosed with mild cerebral palsy.

The family was devastated, but leaned on their faith and the generosity of others to help get Payton the care he needed. Through a GoFundMe fundraiser, $19,465 were raised to help cover costs of a unique therapy.

“We rarely talk to people about what we go through or Payton’s story, but we truly Thank you if you decide to give and greatly, greatly appreciate it! We know that God makes no mistakes and we continue to speak healing over his body and great change in his motor skills that he begins to crawl, walk, run and hears perfectly and speaks with great articulation.”

That on-going fight led Tabitha and Peter to launch The Payton Warrick Foundation in January 2020, which provides programs and services such as therapy, education and transportation services for children growing up with Special Needs.

The foundation’s tagline “Giving Every Little Warrior a Fighting Chance” echoes the journey this family continues to overcome. The foundation hosts events like celebrity bowling and kickball tournaments around the Atlanta area, among many other charitable endeavors planned for the future.

In response the coronavirus pandemic and spread of COVID-19, the foundation shifted its focus to collecting and donating masks, gloves, hand sanitizer, diapers and baby wipes for at-risk children, families and health clinics affected by the outbreak.

Yes, Peter Warrick the football player was dominant on the field. But Peter Warrick the man is showing today that excellence doesn’t require a Seminole war chant and football in your hands to make an incredible impact on people who need it most.