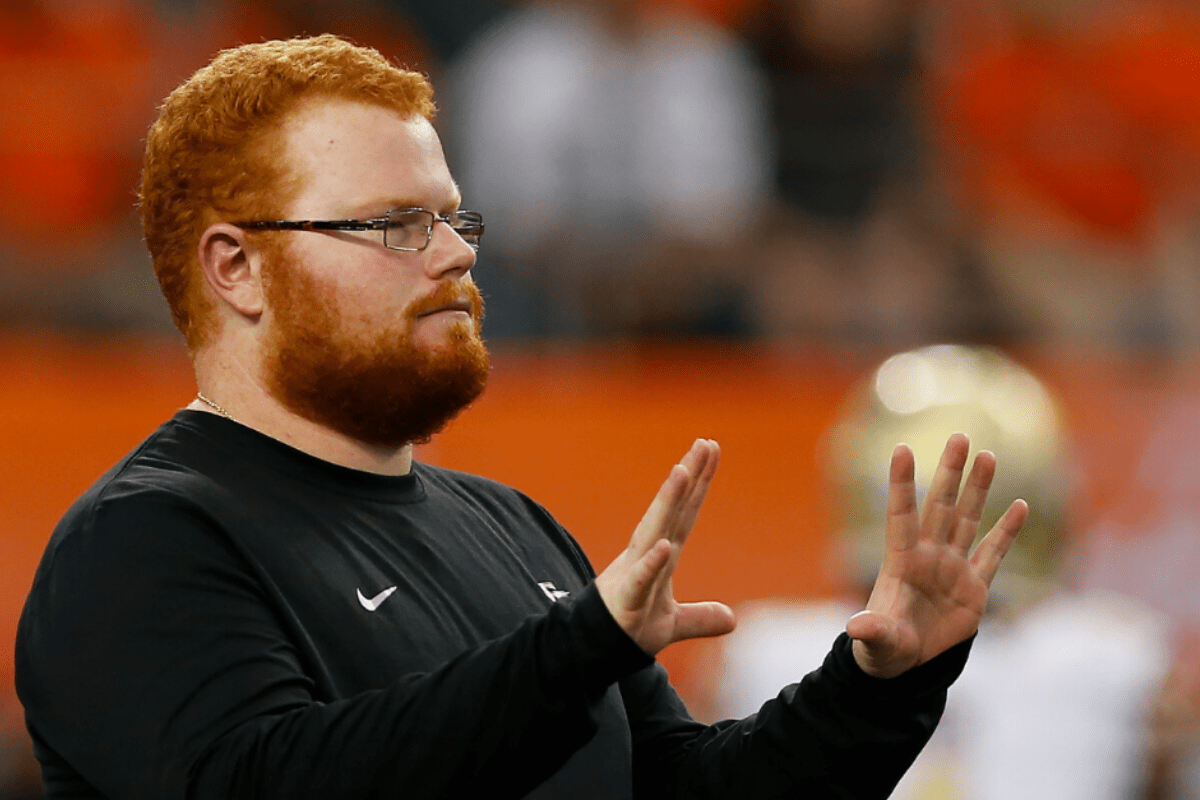 NFL teams and players stay hydrated thanks to well-paid waterboys. Sideline reporters risk it all to get closer to action and give injury updates while the game plays on. Coaches planning their next move completely lose focus and get ran over by referees without seeing it coming.

Being on the sidelines of sporting events usually puts you in position to be second-fiddle to the action. But when it came to Florida State University legend Red Lightning, being college football’s most famous ball boy brought him fame from all over the country.

His name is Frankie Grizzle-Malgrat. Back when Jimbo Fisher patrolled the sidelines in Tallahassee, the Florida State Seminoles were on top of the college football world, having won the 2013 BCS National Championship with Heisman Trophy winner Jameis Winston at quarterback.

But with every offensive possession that the ‘Noles needed a football, there was “Red Lightning.”

Grizzle-Malgrat’s prowess for getting fresh pigskins to the officials isn’t what made him famous, though. On numerous occasions, as an FSU football player was hit out of bounds by an opponent, the 5-foot-7 ball boy was first on the scene to help him up. He even shoved opposing players out of the way to protect his Seminole brothers.

“I’ve always had my friends back and my teammates back,” Grizzle-Malgrat told USA Today Sports back in 2014 ? The interview came after a Florida Gators player hit FSU running back DeVonta Freeman out of bounds. “They’re my team and you’re not gonna mess with them. He hit our running back and he was out of bounds, so I gave him a shove and was like, ‘That’s not cool, you don’t do that.'”

Often, you’d see Red Lightning streaking down the sidelines as a Florida State player rumbled for a long touchdown. Other times, Red Lightning was in the middle of sideline scrums, like this one between Jameis Winston and basically the entire Oklahoma State Cowboys football team.

Grizzle-Malgrat started as a student equipment manager with FSU football in 2013. For two seasons, he patrolled the sidelines at Doak Campbell Stadium and received national recognition, which made him one of the most popular people ? college athlete or not ? on the entire campus.

“I take a lot of pictures with a lot of girls, let’s put it that way,” Red Lightning once said.

What Happened to Red Lightning?

During the 2015 offseason, it was announced that Grizzle-Malgrat would be taking his talents to the National Football League and joining the Atlanta Falcons. He spent one season in the NFL before returning to the city that made him famous.

According to Grizzle-Malgrat’s LinkedIn profile, he spent time as an assistant baseball coach at Lincoln High School in Tallahassee. (As the story goes, Grizzle-Malgrat jokingly gave himself the “Red Lightning” nickname after hitting a triple during his own high school baseball days. The name, obviously, stuck.)

Where is Red Lightning Today?

The Saint Leo University alumni has been part of ACC Championship squads and three different national championship programs. But those game days as the FSU ball boy are where his legend began, and that’s something no one wearing garnet and gold will ever forget.

Another red-headed ball boy was even spotted on FSU’s sidelines last season, bringing back memories of the one, and only, Red Lightning.

This article was originally published March 3, 2020.