Being a waterboy in the NFL doesn't exactly sound glamorous. Of course, there are perks: You get to travel with an NFL franchise and keep professional athletes hydrated, all while soaking in an NFL game from the sidelines. But on the other hand, keeping an entire NFL team full of liquids seems like a daunting and tedious task.

Waterboys have existed in athletics at least as far back as 1869. When New Jersey played Rutgers that year in one of the earliest American football games, there was evidence that a waterboy helped aid a Rutgers player. Even a United States president--Herbert Hoover--once served as a waterboy. In fact, he was the first of these hydration experts in Stanford University history. The most famous of all time is without a doubt Adam Sandler's character, Bobby Boucher, from "The Waterboy."

Before getting into how much the average waterboy in the NFL makes, we first have to consider a few things about a very, very rich league. For starters, the total value of all the National Football League franchises combined is almost $100 billion, according to Forbes. That means teams can afford to pay some absurdly high salaries to professional football players, coaches and everyone else you see on the sidelines.

With an estimated value north of $5 billion, the Dallas Cowboys are the most valuable football team and franchise in all of professional sports, even when baseball players in the MLB are receiving $300-million contracts left and right. That's why NFL players like Ezekiel Elliott earn $90-million contract extensions and owners like Jerry Jones own a yacht larger than a football fields.

It should be no surprise then that even the most unheralded NFL jobs still net a pretty hefty paycheck.

What Do NFL Waterboys Do? 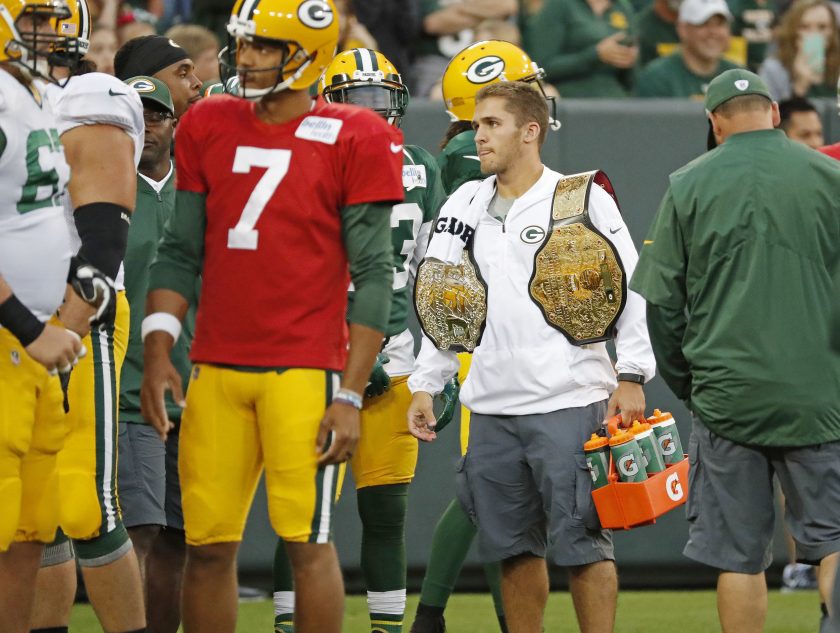 The job description is pretty straightforward. Waterboys make sure players are hydrated. They provide towels and anything else players and coaches may need all while trying not to get in the way of the action. Some even get game-used free gear like jersey and jockstraps. Oh boy! The job title, as it may imply, is not limited to men.

There isn't much info on the web about any behind-the-scenes work a waterboy in the NFL or NBA does, but it looks like most of them have at least a high school degree. Experience working with a college football team team would likely help your case as well.

How Much Do NFL Waterboys Make? 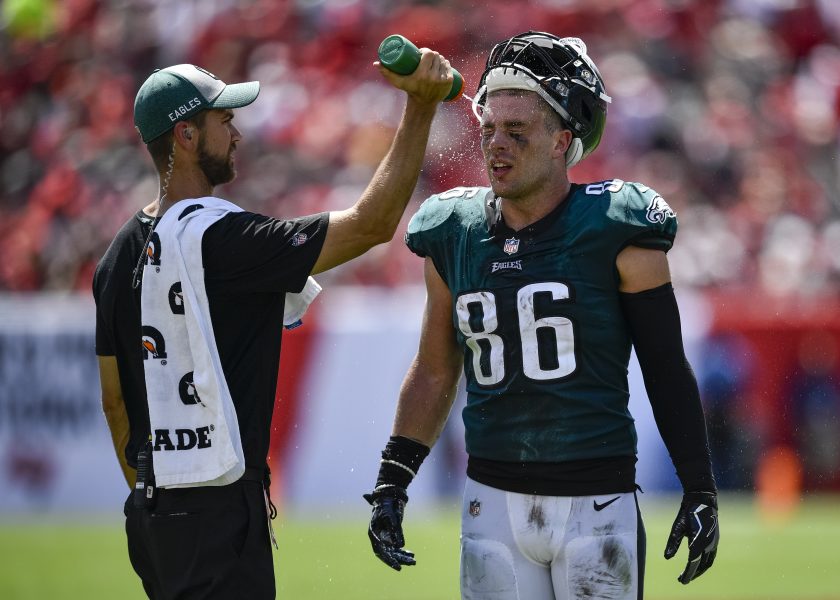 You might want to sit down before reading this: the average salary of an NFL waterboy is a whopping $53,000 a year, according to Stack.com. Some are unpaid or work as stipend interns, per reference.com, but the full-time water and towel boys are considered part of the training staff.

Career Explorer Guide estimates that only those with five or more years of experience earn up to $53,000.

Still, that is lot of money considering the job doesn't look so tough. In fact, the $53,000 estimated annual salary is comparable to that of firefighters, graphic designers and legal assistants, according to U.S. Department of Labor occupational employment statistics. It ain't a million dollars but that's darn good money for the job.

If you need more evidence that NFL waterboys make way more than minimum wage, just ask former NFL receiver Chad Ochocinco. He told one San Francisco 49er football fan the same amount in 2019, which begged the obvious question: Where does one sign up to be a waterboy in the NFL?

How to Apply to Become an NFL Waterboy 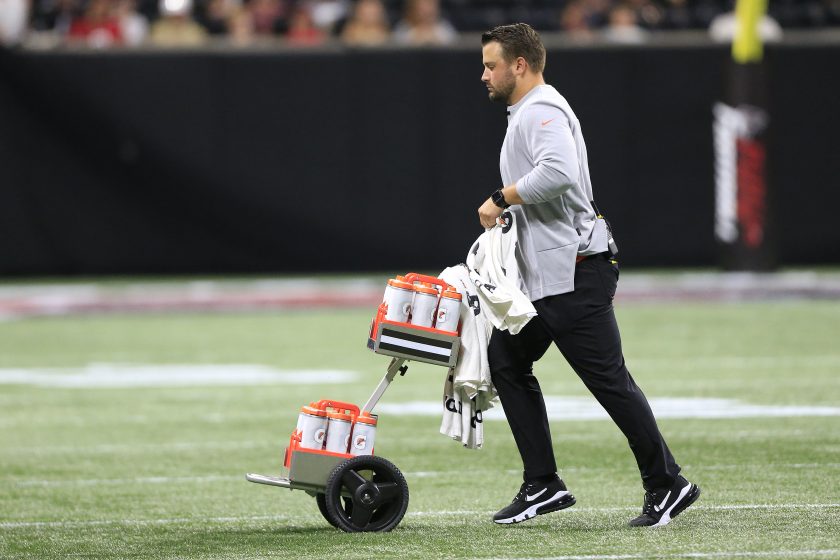 You probably need some high school and college athletic experience in the field to become an NFL waterboy. I mean, there's a possibility you could be working a Super Bowl. This is the big leagues. It also wouldn't help to know someone (maybe a family member?) that works for a sports team who can put in a good word for you.

To nab one of these seemingly awesome waterboy jobs, navigate to the NFL's website and check their job postings. You can do that here or by going to NFL.com and scrolling to the bottom of the page and clicking the highlighted link called "General Media & Info" and then selecting "Careers." Whether or not the position will be an internship or an entry-level position probably depends on the team. If you have a professional resume (and cover letter) for this sort of job, then most certainly upload that.

If you're like me and thinking of quitting your full-time job to be a professional hydrator, don't fret if you can't find any jobs in the NFL. NBA waterboys make good money and, well, maybe you can reach out to MLB teams, because baseball players are making more money than anyone. Stay away from tennis ball boy gigs, though. That looks hard.

I'd say an NFL waterboy looks like one of the easiest jobs in football, but there's likely much more to the gig. Some teams sound more glorious than others (no offense, New York Jets). Forget throwing touchdowns as the quarterback, booming kicks as the kicker or punter or sweating your butt off as a NFL mascot, waterboy is all the rage these days.

This article was originally published December 13, 2019.