Aside From Being Hurricanes, Tate Martell and Ray Lewis Have Something Else in Common 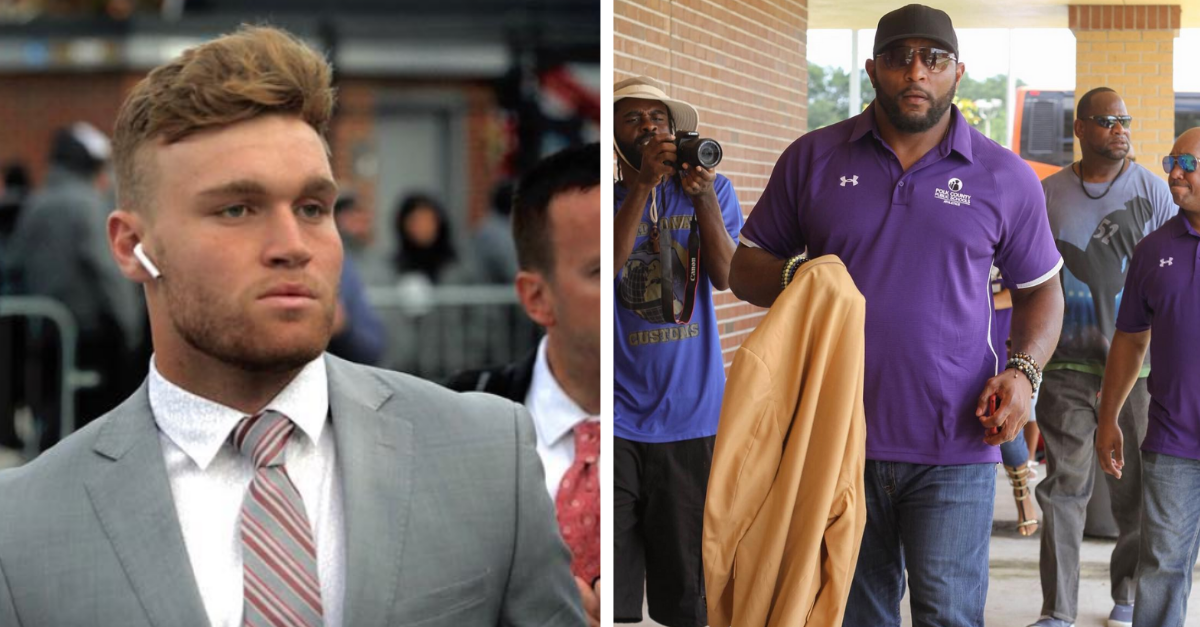 After a disappointing 2018 season, the Miami Hurricanes at least have one bright spot to look forward to in the future: quarterback Tate Martell.

Head coach Manny Diaz pulled a 180-degree turn after accepting the Temple head coaching job and was tasked with addressing many of UM?s problems, one of which was its signal caller. Miami?s passing offense ranked 112th last year behind the arms of N?Kosi Perry and Malik Rosier.

The quarterbacking was so bad that the Hurricanes leading receiver, Jeff Thomas, planned on transferring to Illinois before opting to head back to Coral Gables.

Enter Martell. The former four-star recruit out of Bishop Gorman (NV) High School announced on Tuesday he was transferring from Ohio State and heading to The U.

Not only does Martell have a pair of former high school teammates at Miami in Brevin Jordan and Bubba Bolden, he also has something in common with ‘Canes legend Ray Lewis.

Both Tate Martell and Ray Lewis have bought fake Twitter followers to look popular and gain traction on social media.

What do new Miami QB Tate Martell and Miami alum Ray Lewis have in common?

Both bought a ton of fake Twitter followers to look popular, per @nytimes: https://t.co/Do63E0aFpv

Yes, you read that right. The New York Times ran a story last January titled, ?The Follower Factory.? It lists both Lewis and Martell as athletes who have paid the company Devumi for such services. Lewis?s assistant denied doing so, but their email was listed on an order for 250,000 followers.

It?s unclear how many followers Martell bought, but something seems off when a back-up quarterback has 142,000 followers. That?s almost as much as Jalen Hurts and Jake Fromm and way more than Dwayne Haskins? 98,000 Twitter followers.

At 187,000, he also has more Instagram followers and averages more likes than Miami Dolphins starting quarterback Ryan Tannehill. Mhm, sure.

Personally, I don?t think there?s anything wrong with buying followers in an age where social media influencers can essentially get paid for having a large following. But be ready to be called out and embarrassed for it if you do.

And who knows, maybe Martell will win a national championship with Miami and gain them all legitimately. Only time will tell.