The birth of conference realignment was the death of annual rivalry games. It's been over a decade, but it's never too late to remember those we've lost:

Now most of these rivalries have been renewed in one way or another, but Oklahoma vs. Oklahoma State, AKA Bedlam, is taking its final gasps of breath.

Only Three More Years of Bedlam 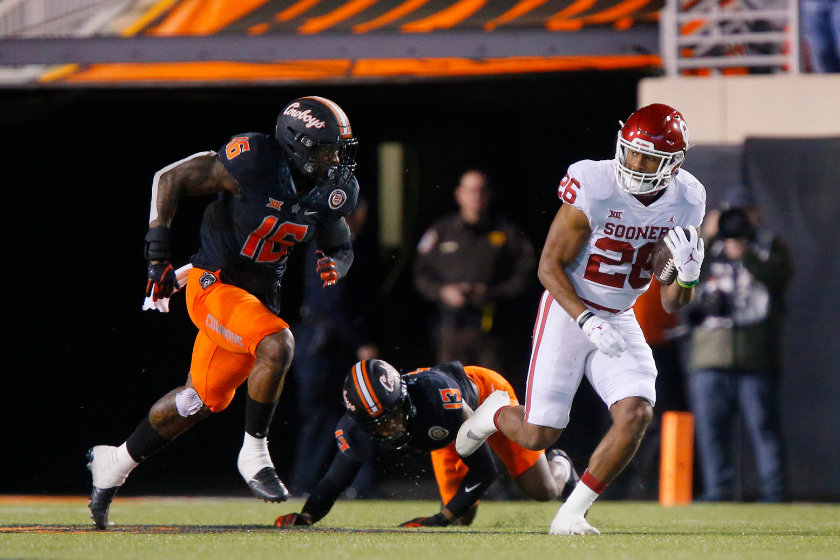 RELATED: Big Brother vs. Little Brother: Who Owns Who in These 5 Lopsided College Football Rivalries?

According to Brett McMurphy of Action Network, the Bedlam Series between Oklahoma and Oklahoma State will end when the Sooners join the SEC in 2025. The news is devastating for everyone who enjoys shootouts in late November under the blackest skies in college football.

I like to refer to one of my favorite "Moneyball" quotes when talking about realignment: "Adapt or die."

Traditions still play a huge part in college football, but programs are willing to set histories aside to keep up. So, when Oklahoma had an opportunity to join the SEC, who separated itself as the conference to be in along with the Big Ten, they jumped on it. We've seen this story before, but for programs only 85 miles apart, this one stings.

The Sooners and Cowboys have played every fall over the last 112 years, making it the second-longest uninterrupted rivalry in major college football behind Wisconsin and Minnesota's 115-straight meetings. When the two meet for the final time in 2024, Bedlam will be put to a halt for the foreseeable future because both schools have a majority of their non-conference opponents already scheduled.

"It (playing Oklahoma) presents logistical issues under our current (scheduling) structure," Oklahoma State AD Chad Weiberg said, per McMurhpy. "We don't have any openings to play them. We're full. Unless there are significant undertakings to make the game happen, it can't happen."

As of the publishing of this article, Oklahoma enters the matchup as 7.5-point favorites, per Vegas Insider. The Sooners nor Cowboys have had the season they expected. Oklahoma sits at 5-5 and needs this win to secure a bowl bid.  Oklahoma State is 7-3, but they've been on the receiving end of bad losses to Kansas State and Kansas recently. Regardless, it should be a fun one in Norman.

It's no secret the final three matchups will be extra heated. Oklahoma State head coach Mike Gundy hasn't been shy about sharing his feelings over Oklahoma and Texas leaving the Big 12. Additionally, their departure leaves OSU as one of the few highly competitive programs in no man's land financially. But, with the recent announcement of the expanded 12-team College Football Playoff, the Cowboys have a better shot at competing for national championships. And with the Big Ten and SEC inevitably expanding in the future, it wouldn't be a surprise if they caught an invite sooner than later.

Hopefully it comes from the SEC.