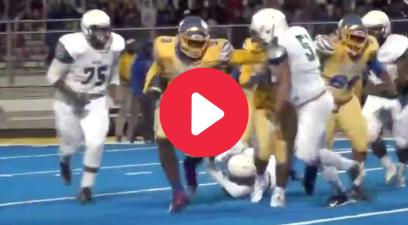 Meet the 285-Pound QB Taking the Internet By Storm 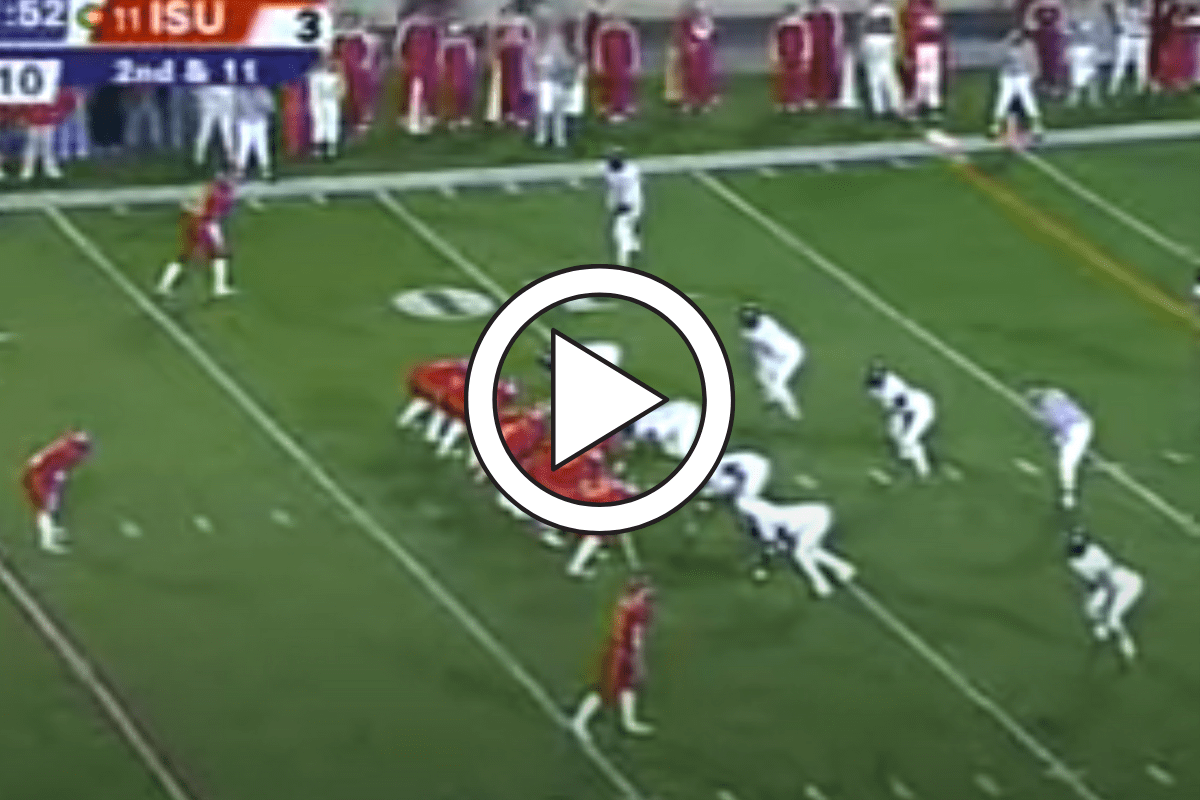 During his career with the Iowa State Cyclones, Seneca Wallace tortured defenses with his arm as well as his legs, but no play is proof of that more than “The Run.”

In recent years, the dual-threat quarterback has become even more popular than eyelash eyebrows. Long before the current craze, though, Wallace torched the Texas Tech Red Raiders for the most insane run from a quarterback in NCAA college football history.

Seneca Wallace began his college football career at Sacramento City College, which was close to his home in Rancho Cordova, California. After his sophomore year, he transferred to Iowa State University to finish his college career.

As a junior in 2001, Wallace was the starting quarterback for the ‘Clones football team and threw for 2,044 yards, 11 touchdowns and nine interceptions while rushing for 475 yards and seven scores.

The following year, Wallace became a football player everyone would remember. Though his season stats weren’t amazing, one play at Jack Trice Stadium was all anyone needed to see.

October 13, 2002: Come for “The Run” by Seneca Wallace (@wallace_seneca), stay for savage block by RB Michael Wagner near the end.

Early in the second half with the football game tied 3-3, the Cyclones had the ball at the 12-yard line on the left hash, threatening to score against the Red Raiders. After being pushed deep into the backfield all the way to the 32 yard line, Wallace tip-toed up the sideline before cutting back inside just before the line of scrimmage.

After crossing the field along the 10 yard line, Wallace received help with a comeback block from running back Michael Wagner to allow for Wallace to walk into the end zone for the 12-yard touchdown after running 140 yards.

That would be the highlight of his career in college and the NFL, but it is one that will live forever because it is really just unbelievable. The only way I can imagine a play like this happening again is if it were at a lower level like high school, because quarterbacks aren’t usually this mobile and elusive, with a few exceptions. But so many things had to happen for this play to not only happen, but work out.

It is actually too bad Wallace didn’t have a better regular season because this would have made the perfect Heisman Trophy moment. Iowa State football did have a difficult schedule though, facing seven teams that were ranked in the top-20, including Oklahoma and Florida State who were each inside the top three.

Wallace finished the 2002 season with 3,245 passing yards and 15 touchdowns, but he threw 18 interceptions.He also ran for 437 yards and eight touchdowns.

An interesting fact about the game this happened in was who he faced off with at quarterback. At the time, current Arizona Cardinals head coach Kliff Kingsbury was playing for Texas Tech and finished with 272 passing yards in that game. Wes Welker was also on that team, hauling in nine catches for 84 yards.

After a solid two years in Ames, Wallace was selected in the fourth round of the 2003 NFL Draft by the Seattle Seahawks. He played in the NFL until 2013 with stops with the Cleveland Browns, New Orleans Saints, San Francisco 49ers and Green Bay Packers.

Wallace appeared on ESPN’s “College Gameday” during Week Three for the 2019 matchup between Iowa State and the Iowa Hawkeyes. Of course, The Run was brought up for the Cyclone faithful to remember.

This article was originally published September 23, 2019.