TCU quarterback Max Duggan wass not your normal Heisman Trophy contender, as the heart of the Horned Frogs offense steps into the spotlight. In fact, he wasn't even supposed to be a starting quarterback entering this season. How many Heisman winners can say that?

What Duggan has done at Texas Christian University has been remarkable. After dropping a heartbreaker to Kansas State in the Big 12 Championship Game, the Cinderella signal-caller brought the TCU Horned Frogs to the College Football Playoff for the first time, facing off against Michigan on New Year's Eve. Because of that, it's no surprise Duggan's name has become household among college football fans, and not for his NFL Draft prospects. His journey to this point is every bit inspirational as it is unlikely.

From heart surgery to playing through a broken foot to losing the starting job in Fort Worth, Max Duggan has beat the odds and turned the Horned Frogs into one of the sport's best stories, all the while becoming America's favorite Heisman finalist in the process.

While he didn't take home the coveted college football award over USC's Caleb Williams, Ohio State's C.J. Stroud and Georgia's Stetson Bennett, some could argue that the star of the athletic TCU star has already won more than any trophy could give him: a new lease on life. 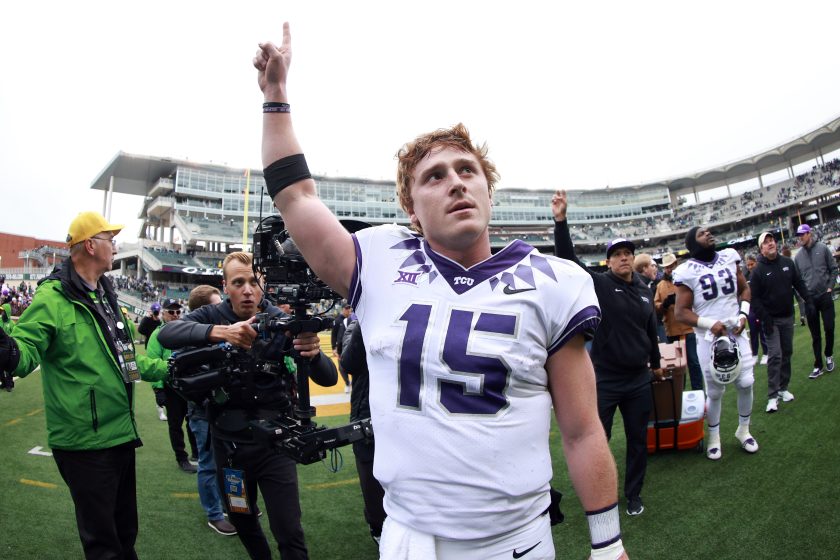 A four-star high school recruit from Council Bluffs, Iowa, Duggan started as TCU's quarterback as a true freshman in 2019. TCU finished that season 5-7 under head coach Gary Patterson, but the foundation for years to come was merely being laid.

Then came the 2020 season. Given the coronavirus pandemic changed protocols, Duggan was required to get a health screening prior to the season in August 2020. That included an EKG, which records a heart's electric signals. Doctors found that Duggan had Wolff-Parkinson-White syndrome, a condition that causes the heart to beat abnormally fast for periods of times. It's potentially life-threatening, as 24-year-old pro surfer Kalani David died from a seizure caused by the condition in September.

Duggan needed surgery. He needed another surgery after a blood clot formed, too.

"It put catheters through my neck and groin," Duggan told Texas Monthly. "I had a nine-hour procedure. And then two days later, I had a blood clot from the surgery, so I had to go into emergency surgery right after that. It kind of just puts a stop in your life."

Two months later, TCU QB Max Duggan came off the bench to throw three touchdowns in his team's season-opening loss to Iowa State. A week later, he marched into Austin and took down the ninth-ranked Texas Longhorns.

An Unlikely Rise to Stardom 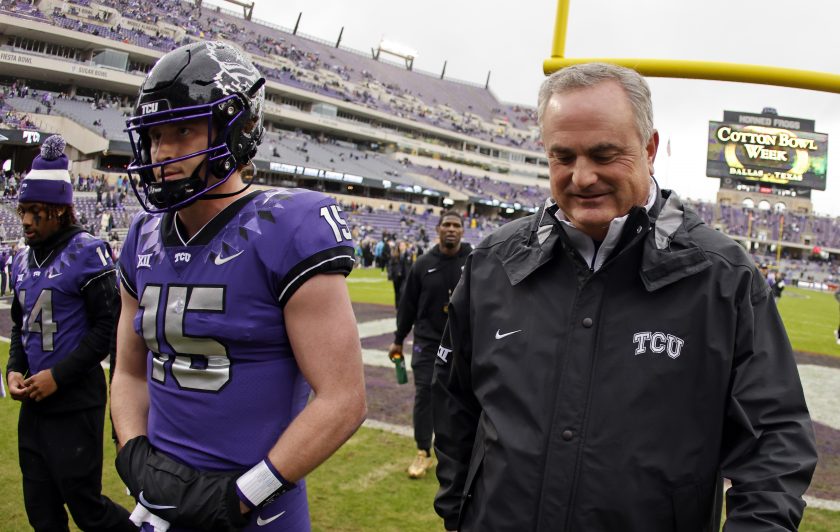 RELATED: The 10 Worst Heisman Trophy Winners of All Time, Ranked

His 2021 campaign wasn't great, but it was marred by injuries. He broke a bone and tore a tendon in one of his feet. However, he refused to wear a boot because he didn't want those around campus to know he was hurt. He couldn't practice because the pain was so bad.

"I don't think a lot of people know I didn't practice at all," he told the Associated Press. "So I literally would get shot up [with painkillers] and hopefully try to gut it out. So it was, it was pretty difficult."

Playing through that pain earned the respect of TCU head coach Gary Patterson. But when Patterson was fired and new head coach Sonny Dykes named Chandler Morris his starter in the spring, Duggan was crushed. He had battled and fought through so much only to lose his role as the leader of the TCU football program in the preseason. Still, he never thought about entering the transfer portal and decided he'd play the role of experienced backup while insistent on graduating from TCU. 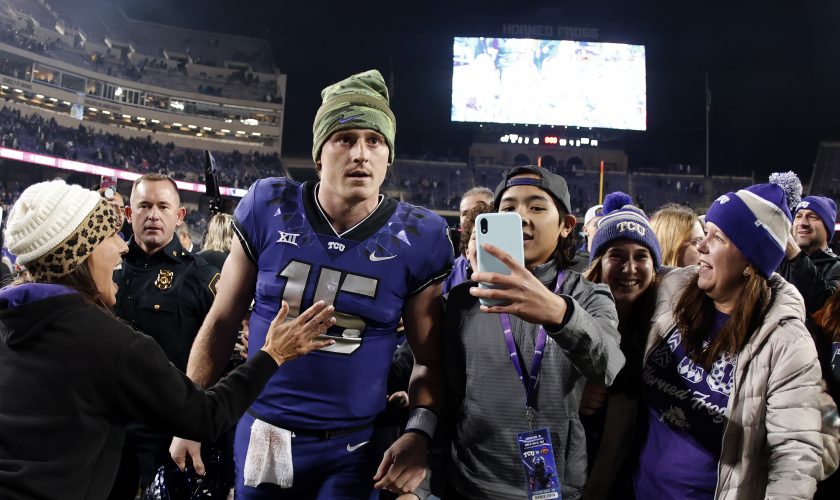 When Morris went down to injury in TCU's season opener against Colorado in 2022, it was Duggan's turn to shine. The Horned Frogs haven't lost a game this season, a perfect 12-0 as they enter championship weekend. Duggan has thrown 29 touchdowns to just three interceptions. He's rushed for another five. He beat Texas on the road. Oklahoma was no match at home.

For the senior quarterback and son of Jim Duggan, this season is more than just a spectacular Fiesta Bowl run. It's a story about never letting anything stop you from achieving your goals, as corny as it may sound. No matter how or when it ends, it's been one heck of a ride. Max Duggan began the season on the sidelines. To finish it off, he's brought TCU to the CFP and one game away from the NCAA national championship game.

It was never a heart issue, because Max Duggan has plenty of heart.

This article was originally published on December 3, 2022, and has been updated since.