"Heisman moments" are the gatekeeper for college football's most coveted individual award. Contenders are required to have a season-defining play or performance before they can even be considered. Think Auburn's Cam Newton running all over LSU, Louisville's Lamar Jackson making Florida State's defense look like a JV team, Texas A&M's Johnny Manziel taking down Alabama on the road and LSU's Joe Burrow heaving a bomb to Justin Jefferson in the 2019 SEC Championship Game.

Go down the list of every Heisman Trophy winner -- from Notre Dame's Paul Hornung to Syracuse's Ernie Davis to Ohio State's Eddie George to Wisconsin's Ron Dayne to Baylor's Robert Griffin III to Oregon's Marcus Mariota -- and you'll find the one moment that secured it for him.

But Heisman moments aren't restricted to those who won the award. There are several college football players who had their own Heisman moments and didn't take the trophy home. Some might say those players had more Heisman moments, and a better overall season, than actual winners.

While voters didn't agree, I'm here to recognize the best players who should be members of college football's most exclusive fraternity. 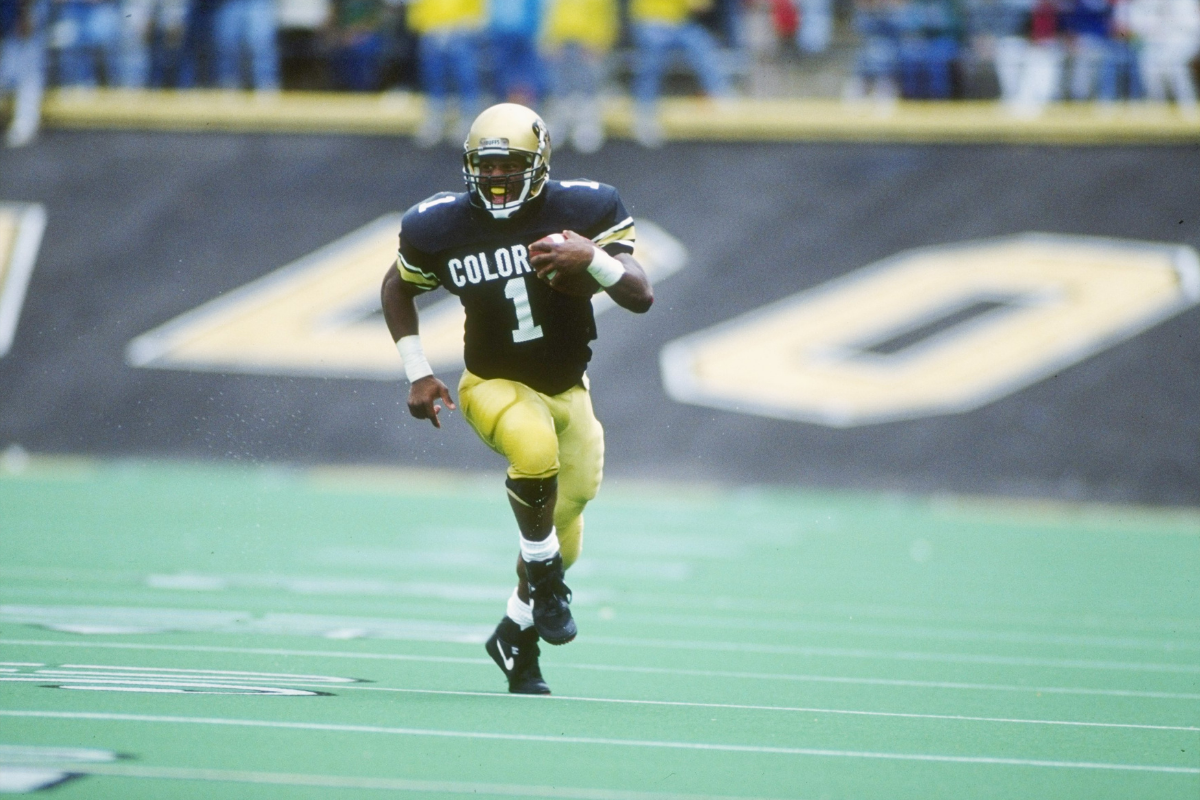 Ty Detmer and BYU essentially invented the air-raid offense long before it was popularized, which is probably a big reason why he's a Heisman winner. The BYU signal caller still won the award even though he threw nine picks in the final two games of the regular season.

Meanwhile, Colorado running back Eric Bieniemy tore it up for 1,628 yards and 17 touchdowns on the ground. Bieniemy was the most electrifying player on a national championship team. Usually, that's a shoe-in for winning, but he finished third in Heisman voting behind Detmer and Notre Dame wide receiver Raghib Ismail. 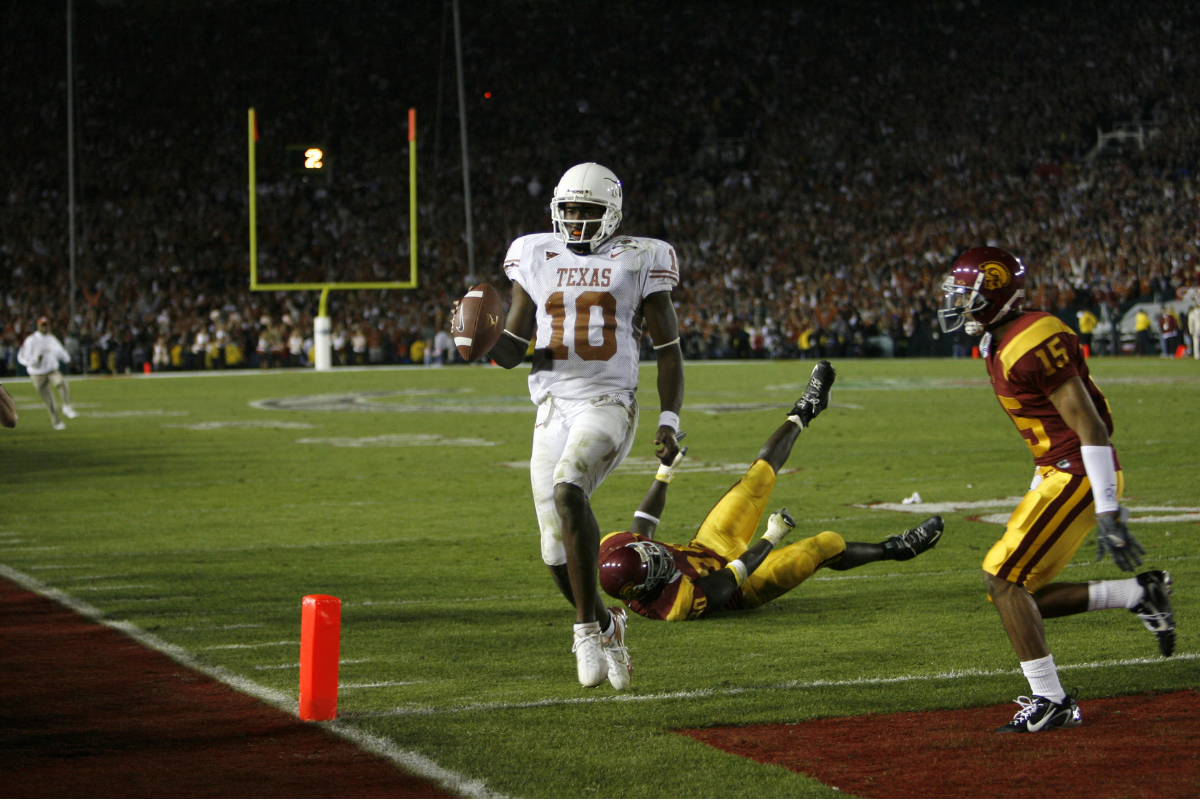 Hindsight is always 20-20, right? When Reggie Bush was announced as the 2005 Heisman Trophy winner no one batted an eye. Then, Vince Young put on a performance for the ages that lifted his Texas Longhorns over Bush's USC Trojans in the national championship.

To add insult to injury, Bush tried a boneheaded lateral early in the second quarter which caused USC head coach Pete Carroll to bench his star back in his team's make-or-break moment. 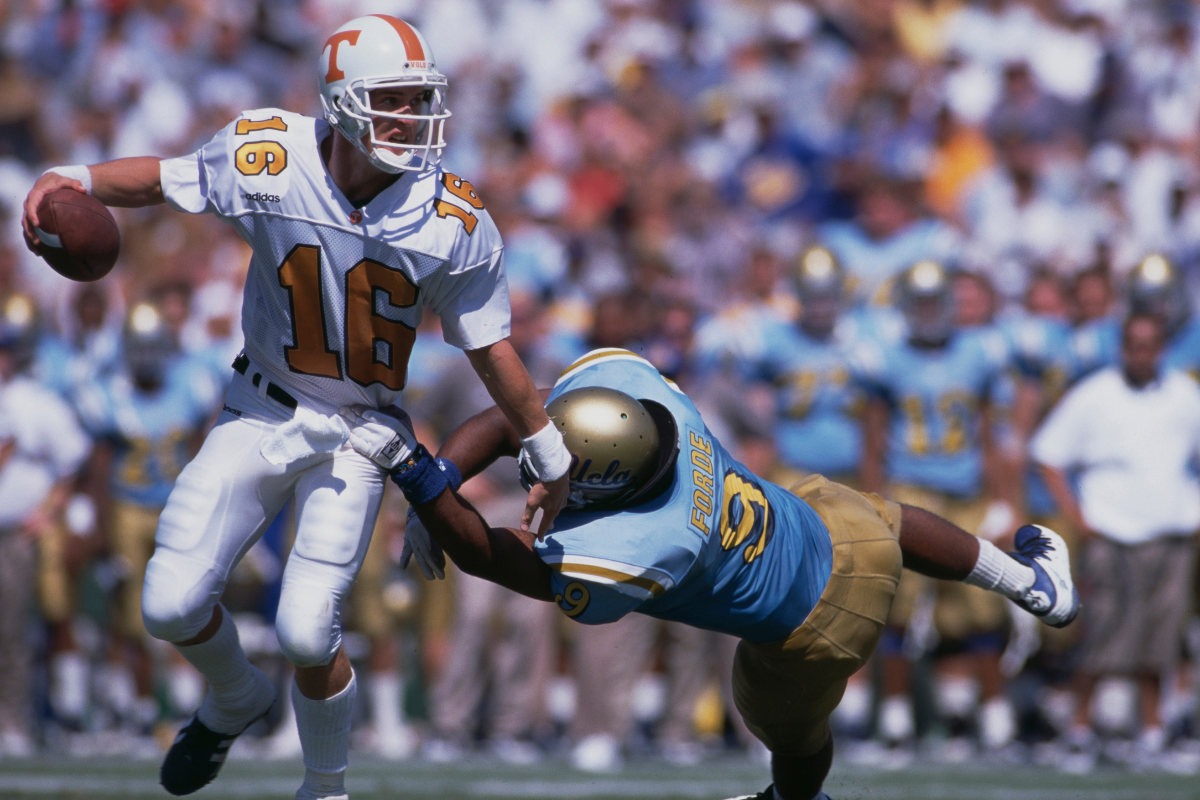 One of the few things missing from Peyton Manning's Hall of Fame career is a Heisman Trophy. Manning had a spectacular season in 1997, accumulating 3,819 passing yards and 36 touchdowns while leading the Tennessee Volunteers to an 11-2 record.

Maybe the novelty of giving the Heisman to a defensive player for the first time (and only time) in history swayed some voters. This isn't taking anything away from Michgian Wolverines cornerback Charles Woodson, who was great on both sides of the ball. Manning was simply awesome and probably would've walked away with it any other year. 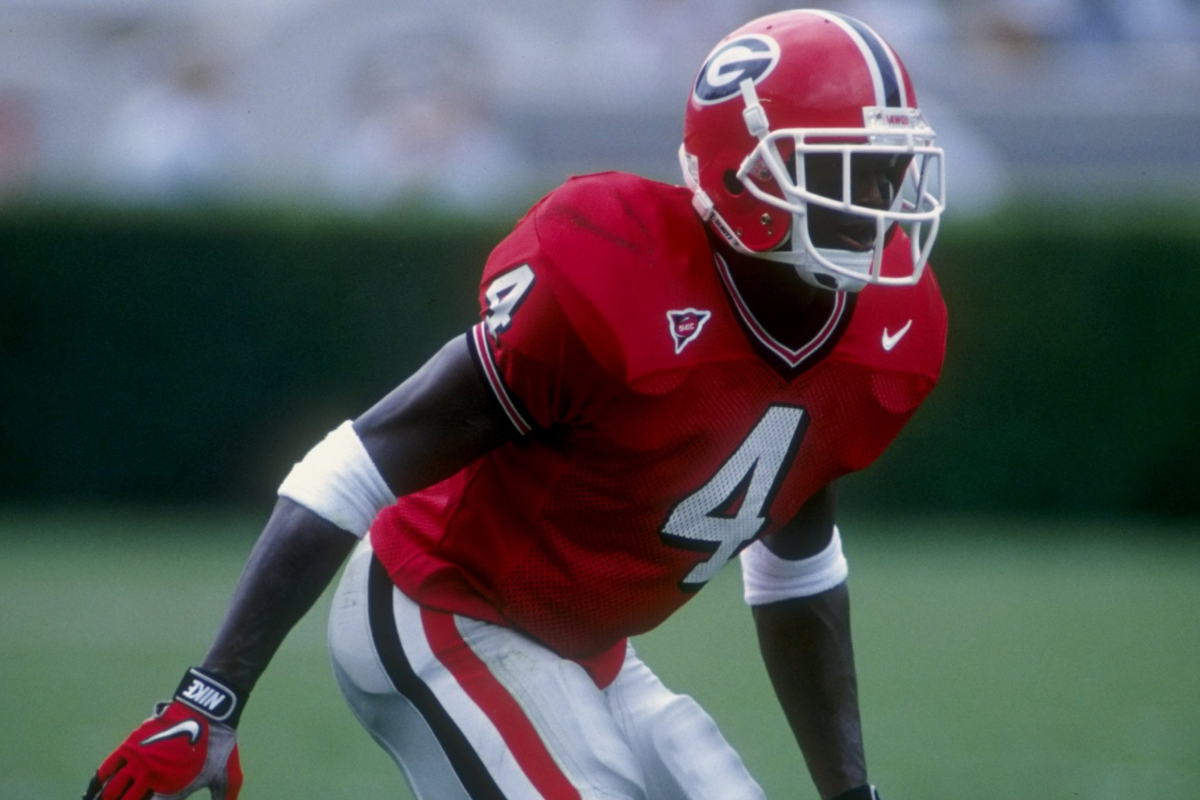 The chances of another defensive player winning the Heisman the year after Woodson took it home in 1997 were slim to none.

In addition to recording three interceptions, Bailey caught 47 passes for 744 yards and five touchdowns. He also had 16 rushes for 84 yards and averaged 21.8 yards per kickoff return. His unbelievable season was only good for a seventh-place finish in Heisman voting, however.

Simply put, Bailey could do it all. The timing, and Ricky Williams' unreal season, is what prevented him from winning. 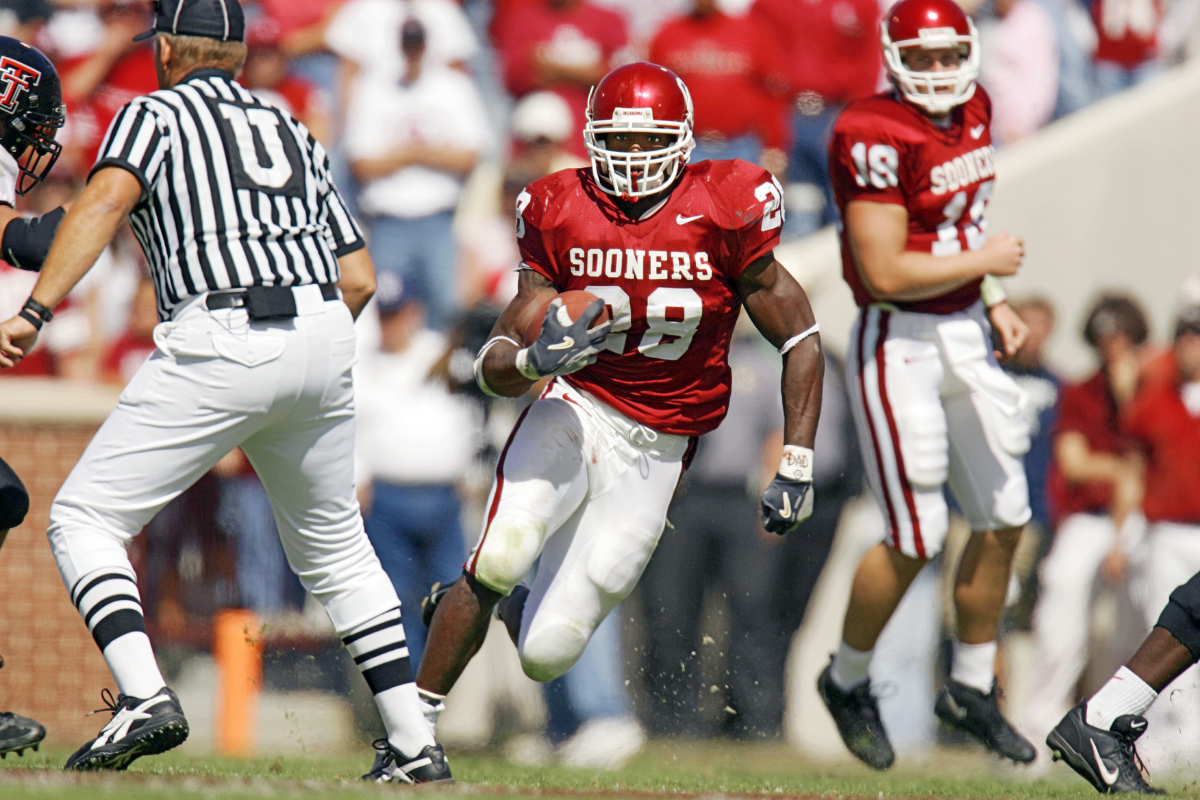 Oklahoma running back Adrian Peterson did what freshman shouldn't have been able to do in 2004. He ran for 1,925 yards and 15 touchdowns on a Sooners team that went all the way to the national championship. For reference, the next two running backs to win the award after 2004 -- Reggie Bush and Mark Ingram -- didn't even eclipse 1,800 rushing yards.

Sure, USC QB Matt Leinart was deserving, but Peterson was a stud. And when voters have a hard time choosing, they tend to go with the quarterback. 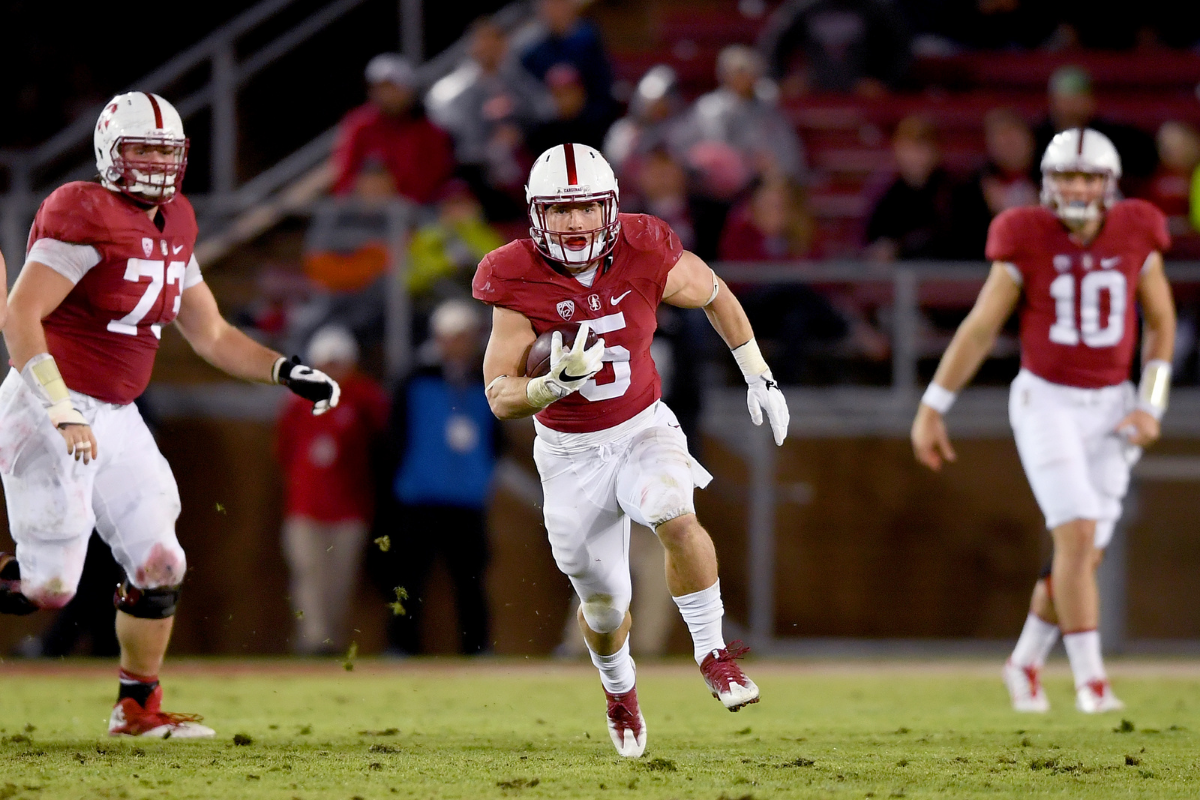 There's no denying Derrick Henry was unbelievable in 2015, but Stanford running back Christian McCaffrey could do things on the football field that had to be seen to be believed.

McCaffrey accumulated 3,864 all-purpose yards while handling backfield duties along with kick and punt returns. The yardage broke the NCAA single-season all-purpose yards record previously held by a dude who goes by Barry Sanders.

Call it east coast bias, call it seeing Alabama on TV all the time and never seeing Stanford. In my opinion, someone as unstoppable as McCaffrey should've won. 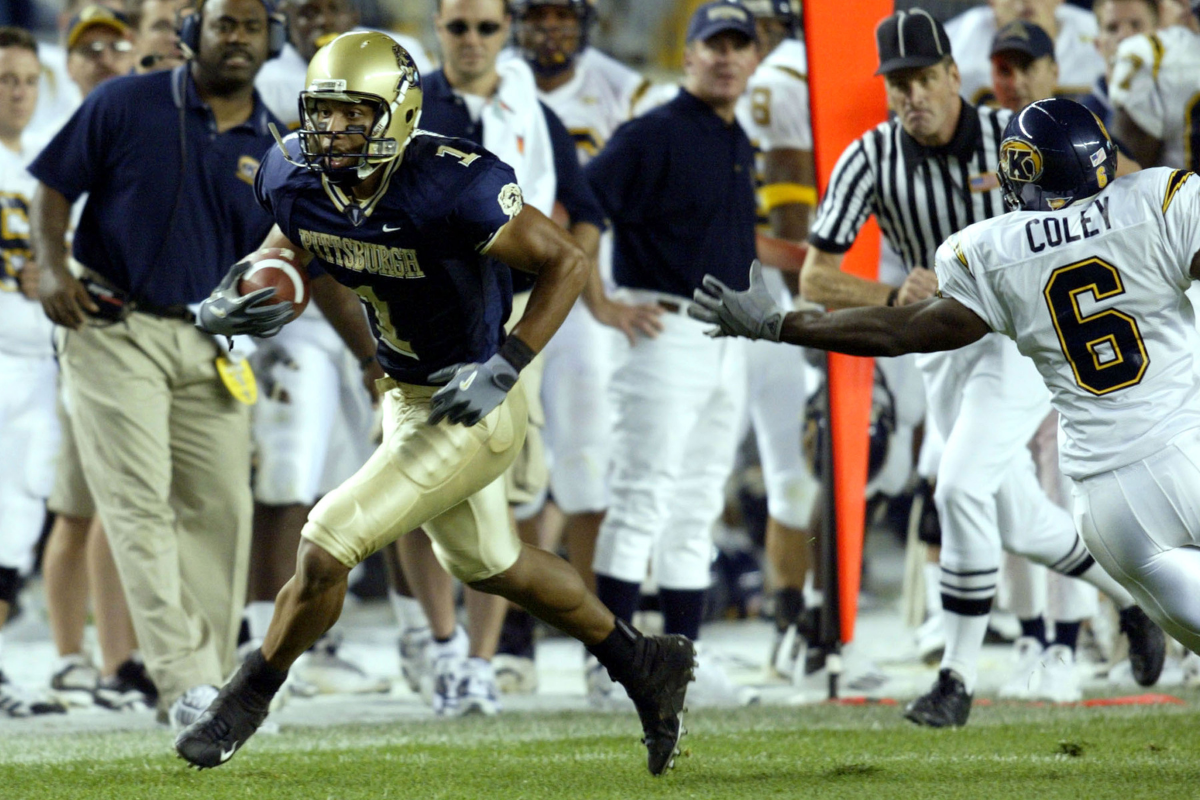 I have nothing against the best players on the best teams winning the Heisman. It's how most MVP awards work. That being said, I'm a big fan of players maximizing their situation.

Pittsburgh wide receiver Larry Fitzgerald over-maximized his in 2003. Firtzgerald was the only offensive threat Pitt opponents had to worry about, yet he caught 92 passes for 1,672 yards and 22 touchdowns.

The Panthers wideout was that much better than everyone on the field, but again, he was only a sophomore and the idea of giving the Heisman to an underclassman on an average team was blasphemy. 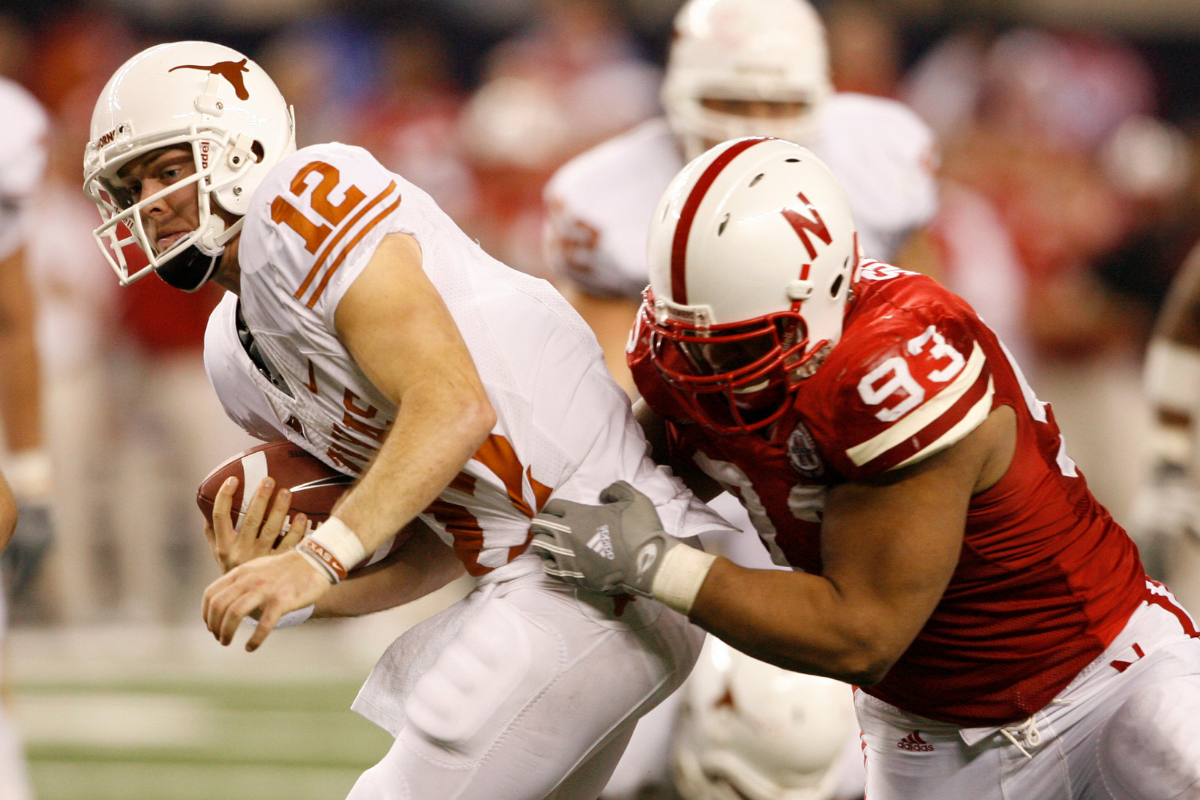 I'm bound by my author bio to include this one. I have never seen a defensive player have as big an impact as Nebraska's Ndamukong Suh had in 2009. The 6-foot-4, 300-pound defensive tackle racked up 20.5 tackles for loss, including 12 sacks, an interception, three blocked kicks, 24 quarterback hurries and 11 pass deflections.

Stats aside, Suh almost beat Texas by himself in the Big 12 Championship Game when the Cornhusker offense was nonexistent. He had 12 tackles, including 4.5 (!) sacks. Ask Colt McCoy how he felt after that game.

There's a dialogue around why defensive players don't get more Heisman recognition. If there's one who deserved it, it was Suh. 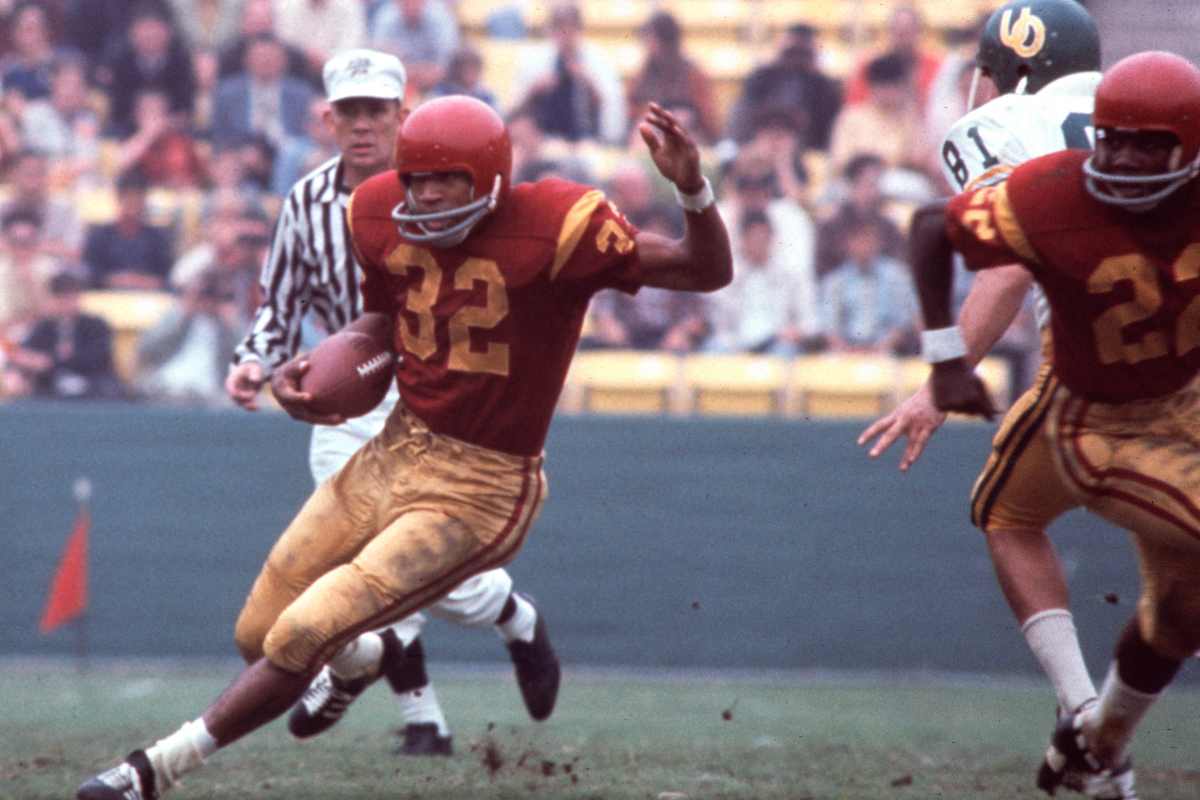 USC running back O.J. Simpson ended up winning the Heisman Trophy in 1968, but he probably should've won it in 1967, too.

Simpson rushed for 1,543 yards and scored 13 touchdowns as a junior. His Heisman moment came when "The Juice" broke loose for a 64-yard touchdown run against crosstown rival UCLA that secured the win for the Trojans. Although USC won the game, UCLA quarterback Gary Beban went on to win the coveted award in one of the biggest Heisman snubs of all time.

The win would've further cemented "The Juice" as one of the greatest players in college football history. If he did it, and that's a big if, he could've beaten Archie Griffin to the punch of winning the trophy twice. 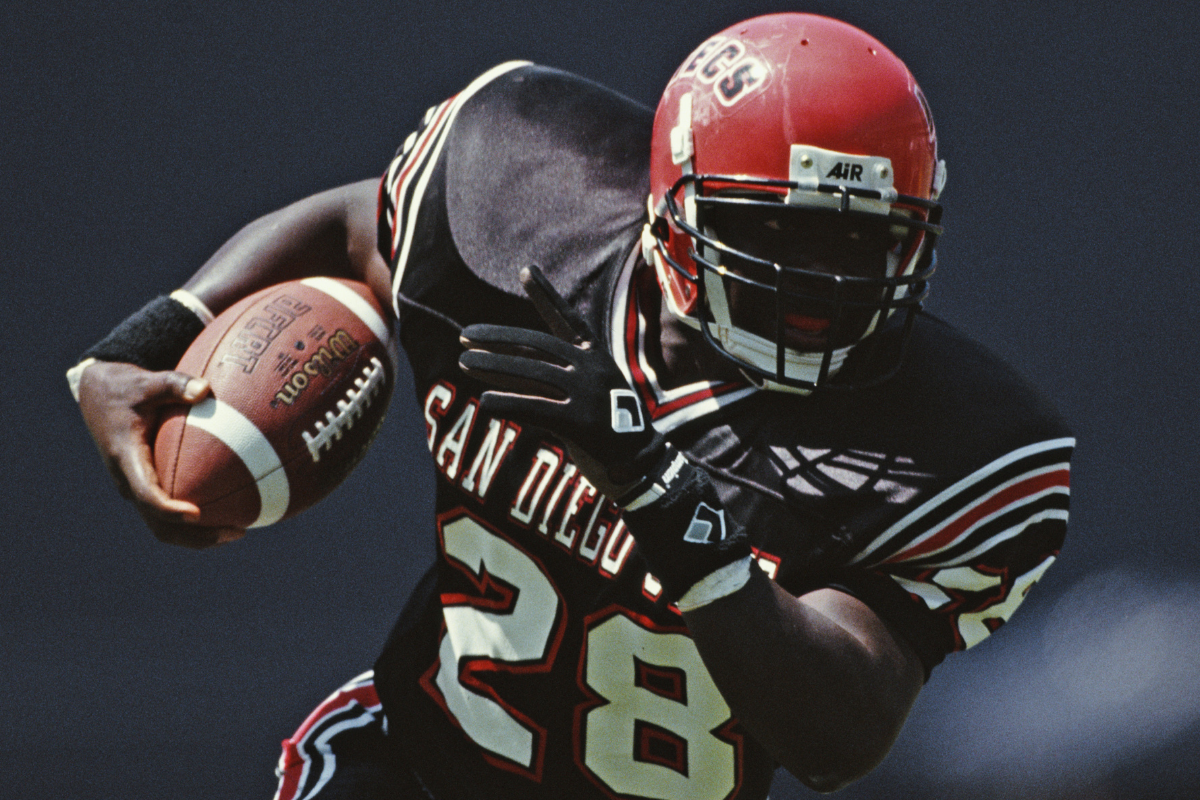 Back in 1992, it was unheard of for an underclassman to win the Heisman. San Diego State running back Marshall Faulk should've broken the seal long before Tim Tebow.

Faulk rushed for 1,630 yards and 15 touchdowns while showing glimpses of what would win him an NFL MVP in the future. His remarkable season apparently wasn't enough to overcome Miami Hurricanes quarterback Gino Torretta, who's considered one of the weakest winners of all time.