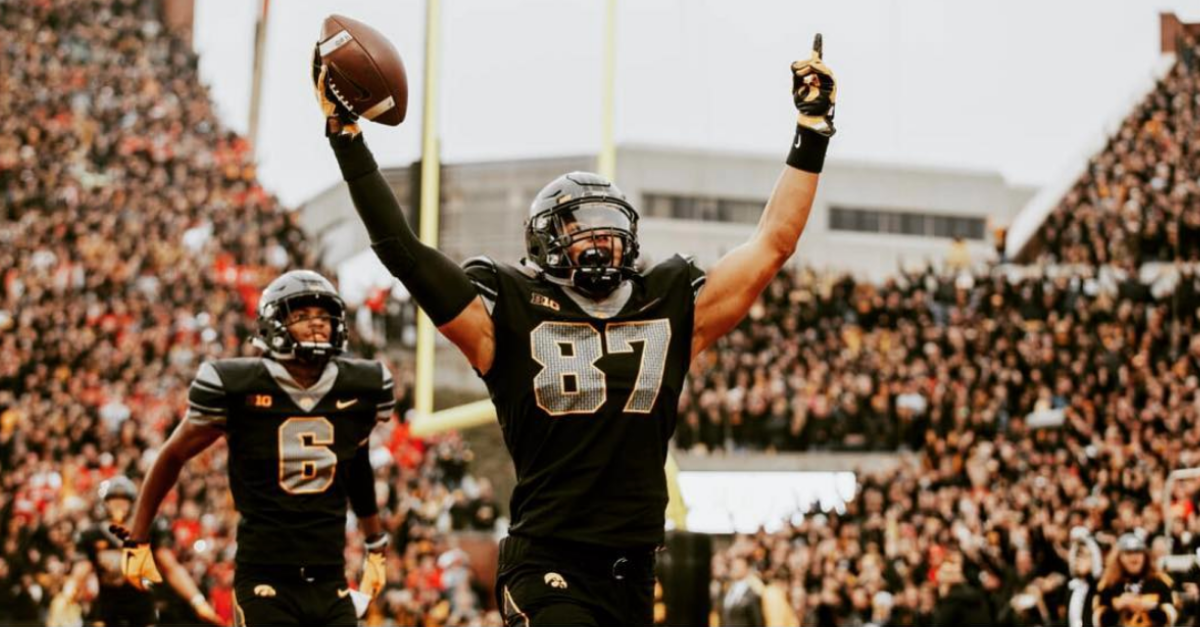 Throughout the 2018 season, the Iowa Hawkeyes have taken college football by storm with crazy formations and trick touchdown throws to big linemen. But in the program’s history under head coach Kirk Ferentz, the team has been known to produce some of the game’s best tight ends.

This season is no different. Sophomore T.J. Hockenson has been a great threat in the passing game for quarterback Nate Stanley with 46 catches for 717 yards and six touchdowns, while also adding another rushing score. However, it’s no secret Hawkeyes junior tight end Noah Fant is one of the best tight ends in the country.

Knowing he is a potential first-round pick in next spring’s 2019 NFL Draft after hauling in 39 passes for 519 yards and a team-high seven touchdowns during the regular season, the 6-foot-5, 240-pound pass-catching tight end, who earned First-Team All-Big Ten honors, has decided to forgo the remainder of his eligibility and told the Omaha World-Herald he will skip Iowa’s bowl game to prepare for the NFL combine.

Thank you Hawkeye Nation!!!! It truly has been my pleasure!!!! #GoHawks pic.twitter.com/Ee1y1uuMZN

RELATED: LSU’s Defensive Stars Projected to Lead the Way at the 2019 NFL Draft

So while the Hawkeyes await their future bowl spot, they will have to prepare without one of the best tight ends in college football in Fant, an Omaha, Nebraska native, after he posted a heartfelt letter to both his Twitter and Instagram pages that he will skip his final season of eligibility.

“First and foremost I want to thank God for his continual blessings — without him no opportunities offered would be possible.

“Thank you Hawkeye Nation — I’ve been blessed to play for the University fo Iowa —in Kinnick — in front of the best fans in the nation, who have shown unending love and support.

“After multiple discussions with my family, coaches, and a lot of prayer, I have decided to forgo the remainder of my eligibility and declare for the 2019 NFL Draft.

“Thank you Football and Academic support staff — for pushing me to height that I never thought were possible. The lessons you’ve helped me learn will carry with me throughout life, helping me achieve success no matter what I’m doing.

“Thank you Coach Ferent and Coach Doyle, for the opportunity and honor to represent the black and gold — for helping me grow physically and mentally — more than I thought possible.

“Thank you to my position coaches, Coach Levar Woods and Coach Brian Ferentz, for being instrumental in my development on and off the field.

“I am truly grateful for the opportunities that all of you have given me,. I know with all of my heart that the University of Iowa was the program meant for me.

“Since the very first time I put on a pair of football pads as a child, it has been my dream to play in the NFL. I am very excited for what the future holds and extremely humbled by the amazing opportunity in front of me. I will always bleed the black and gold and forever be a Hawkeye.

From Dallas Clark to Tony Moeaki to George Kittle, the lineage of great tight ends to come out of the Iowa program is impressive, and you can go ahead and add Fant, who registered 78 catches with 19 touchdowns over three seasons, to that list, for sure.

READ MORE: Alabama’s Explosive Offense Could Lose Its Leader to the Big Ten