Tennessee Titans head coach Mike Vrabel has had a successful run at his first head coaching gig, having nine or more wins in each of his first four years in Nashville.

The life of an athlete often involves moving around the country rather frequently, and that was the case for Vrabel throughout both his playing and coaching career in the NFL. Fortunately for the former linebacker, Mike Vrabel's wife, Jen Vrabel, is supportive of his dream, and was willing to make the sacrifices it takes for him to achieve success at the highest level. 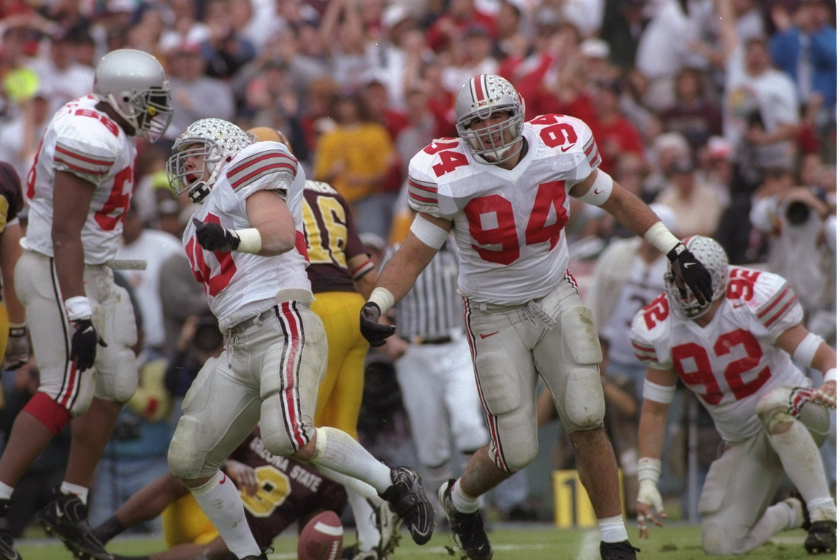 Micke Vrabel was born in Akron, Ohio. He grew up playing football and starred for the team at Walsh Jesuit High School, where he caught the eye of Ohio State University.

Vrabel attended OSU on a college football scholarship to play defensive end. After four impressive seasons in Columbus, including back-to-back Big Ten Defensive Lineman of the Year awards and being named an All-American as a senior, Vrabel declared for the 1997 NFL Draft.

That was just the beginning of an impressive pro resume as a player and coach. 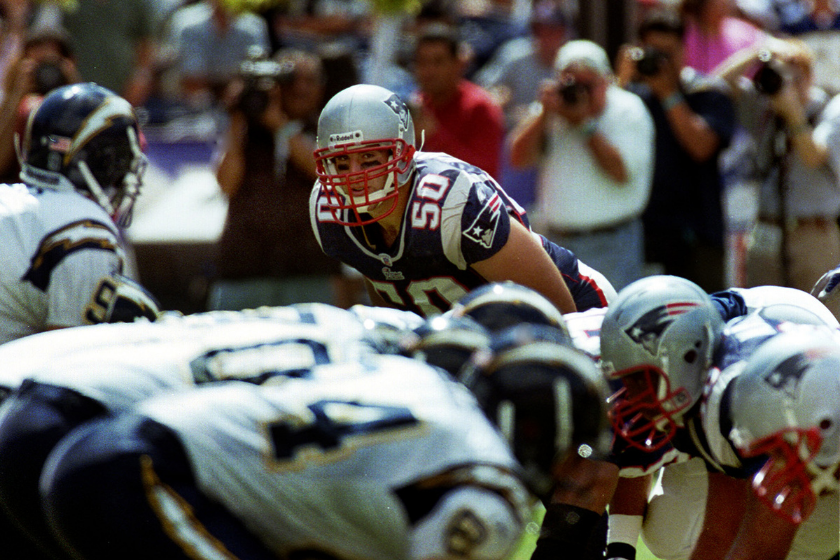 Vrabel was drafted by the Pittsburgh Steelers in the third round of the 1997 NFL Draft. He spent four seasons in Pittsburgh before joining the New England Patriots in 2001.

With the Patriots, Vrabel won three Super Bowls alongside Tom Brady and Bill Belichick and make the playoffs in six separate seasons. He made his first and only Pro Bowl in 2007 after recording a career-high 12.5 sacks and four forced fumbles.

Vrabel would become a free agent after the 2008 season and he ended up joining the Kansas City Chiefs, where he'd spend his last two seasons in the league before retiring after the 2010 campaign. But Mike Vrabel's NFL Career wasn't over yet. 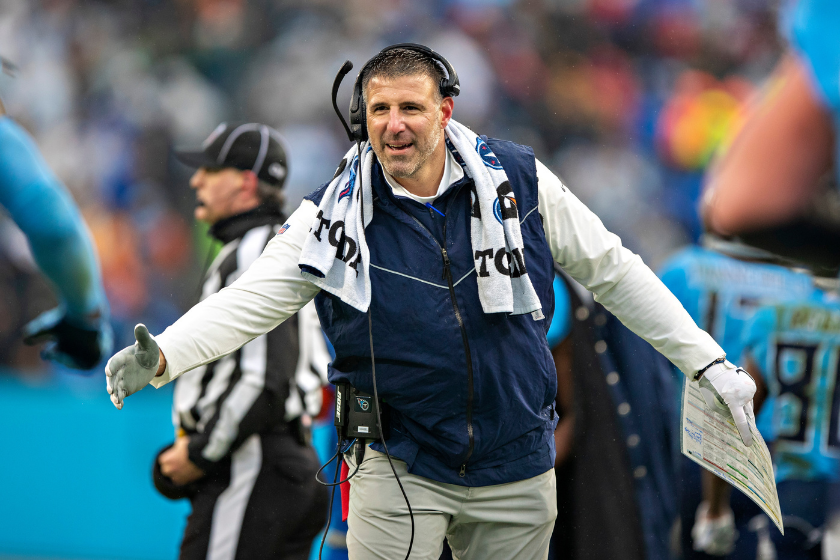 Like other All-Pro football players, upon retiring from the NFL Vrabel accepted a job to become the linebackers coach at his alma mater, Ohio State University.

In 2014, Vrabel returned to the NFL as the linebackers coach for the Houston Texans. He earned a promotion to defensive coordinator in 2017 but spent just one year in that role before leaving to become head coach of the Tennessee Titans of the National Football League.

The Titans have done well under Vrabel's tutelage and made an impressive postseason run in 2019 before being ousted by the Chiefs in the AFC Championship.

Vrabel replaced quarterback Marcus Mariota with former Dolphins QB Ryan Tannehill, who has flourished since swapping Miami for Nashville. Elite running back Derrick Henry also came into his own under Vrabel, solidifying himself as one of the best backfield threats in football.

While Vrabel isn't a very experienced head coach, he's found himself the perfect role on the Titans.

Mike Vrabel met his wife Jen while at Ohio State. Jen attended the university on a volleyball scholarship, while Vrabel was on the gridiron. The couple met while in school and have since been married for over 20 years.

Mike and Jen Vrabel got married in 1999 and have two children together, Tyler and Carter Vrabel. Tyler Vrabel, the older of their two sons, played football at Boston College being signed to the Atlanta Falcons practice squad. Turns out being a football player runs in the family, although the gridiron ties stop there as Carter, on the other hand, is a baseball player.

Jen has grown accustomed to the frequent uprooting that comes with marrying a football coach in the National Football League. Having already moved with Vrabel to Massachusetts and Houston, the pair bought a house in Forest Hills, Tennessee, per The Tennessean, after Vrabel took the Titans coaching job, and hope to be stationed there for a long time.

Jen Vrabel is active on social media, though her Instagram (@jenvrabel1) is set to private. She occasionally has wound up in headlines not for racy pics, but for her Tweets, most notably involving her husband. When Mike Vrabel made an appearance on Will Compton's podcast and claimed he would cut off the family jewels in exchange for a Super Bowl ring, Jen hilariously took to Twitter and supported his claim in a since-deleted Tweet.

No matter where Mike and Jen's unique path takes them, the couple are supportive of one another and can overcome the challenges of moving around the country.