Ohio State Brings the Heat With This Amazing TCU Trailer 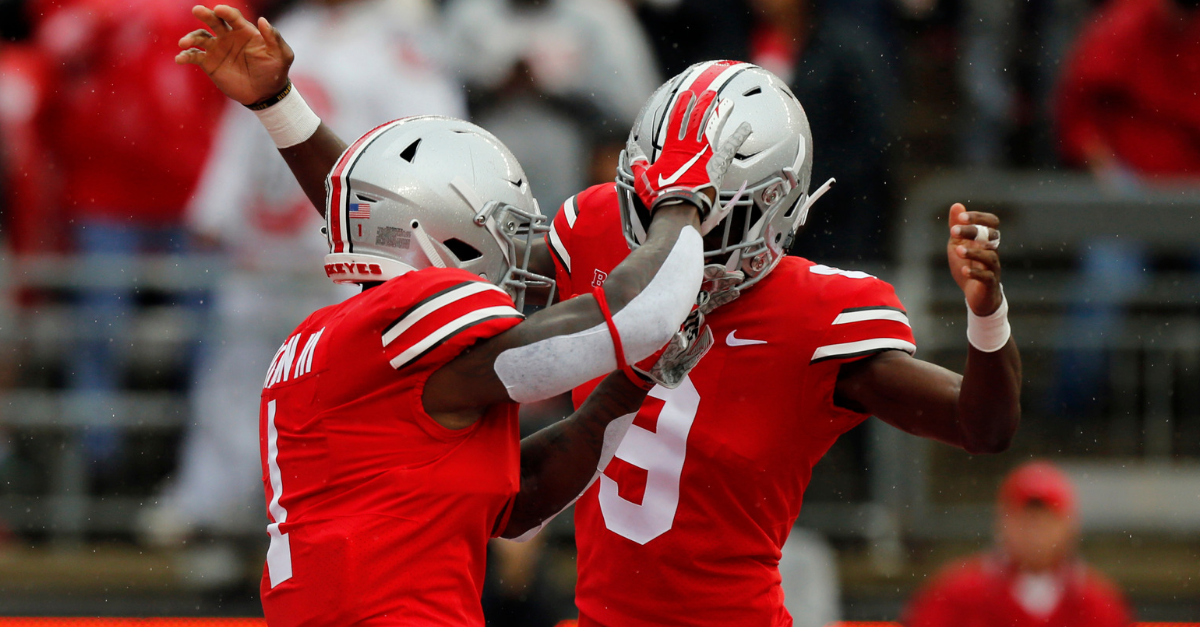 No. 4 Ohio State is getting a pretty ridiculous pay check just to play at AT&T Stadium this weekend, and the Buckeyes are pulling out all of the stops to hype the mega matchup with the No. 15 TCU Horned Frogs even more. The trailer the university just dropped adds the perfect amount of fuel to the fire.

Over the last few years, Jerry’s World in Arlington, Texas has treated Ohio State quite well. A 24-7 Cotton Bowl victory over USC last season set the stage for this highly anticipated 2018 campaign, one in which the Buckeyes look to go undefeated, but the famous gridiron is more well known for when the program won the first-ever College Football Playoff national championship by thrashing Oregon 42-20.

Only a handful of players, such as wide receiver Johnnie Dixon, were even on the roster, but that’s the point of this video that should give all Buckeyes fans the chills.

Give it up to the Ohio State social media squad. Anything to relive one of the greatest moments in program history is always good, but to spin it back to the present? It doesn’t get much better than that.

The Buckeyes are 2-0 and head into the nationally ranked clash after dismantling Oregon State and Rutgers, while the Horned Frogs, also 2-0, took down Southern and SMU in their first two games.

With ESPN’s College GameDay on hand, and a prime-time national television slot, this is definitely the marquee matchup of the weekend. It’s definitely not short of storylines, either.

Of course, one major storyline is this will be the final game without head coach Urban Meyer, who is serving a three-game suspension following college football’s biggest offseason scandal.

This isn’t about what happened there. This is about the video, and if Ohio State plays anything as good as the hype they are created, look out.

READ MORE: Football’s Most Exciting Play Now Has an “Official” 30 for 30 Trailer