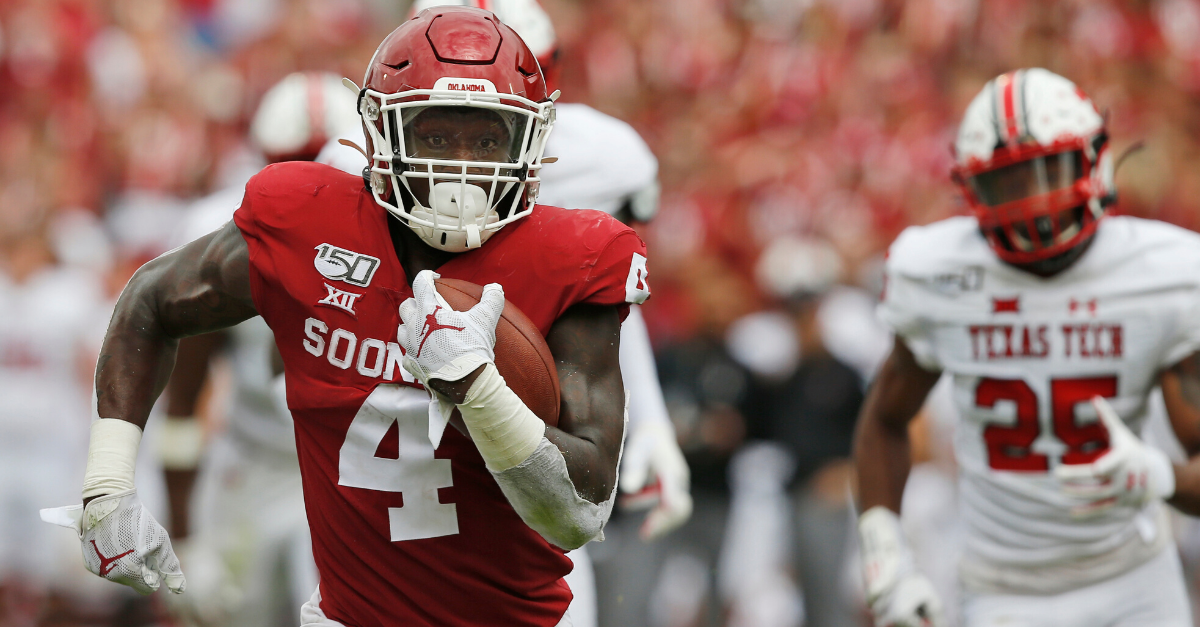 For the past three seasons, running back Trey Sermon has been a key piece to the Oklahoma Sooners offense. Having Heisman Trophy-caliber quarterbacks has obviously helped, but head coach Lincoln Riley needed the talented ball carrier to make the College Football Playoff each year. He?s now off to play for another national title contender.

As a graduate transfer, the 6-foot, 220-pound Sermon could have gone anywhere. He?s the type of player that any college football program could utilize in a big-time way. However, his mind is made up and will play for the Ohio State Buckeyes and head coach Ryan Day next season.

Sermon has been to Columbus before. He actually scored his first touchdown at the Horseshoe back when he was a freshman and remembers what it was like. That helped with the decision, according to Lettermen Row, and the Buckeyes? system is the perfect fit.

For OSU, the addition of former Oklahoma star Trey Sermon from the NCAA Transfer Portal is massive. With J.K. Dobbins entering the 2020 NFL Draft and Master Teague suffering an Achilles injury during spring practice, inserting a proven star is exactly what the Buckeyes were after in order to make another Big Ten and CFP push this fall.

Over the last three seasons, Sermon has racked up over 2,000 rushing yards and scored 25 total touchdowns. He missed some games last season with a leg injury, but at full strength, he gives Ohio State a great option in the backfield alongside running backs Marcus Crowley and Steele Chambers and with quarterback Justin Fields.

?It?s kind of crazy to look back and believe that the place where I scored my first touchdown is where I?m going to be spending my final year of college football. I?m excited for this opportunity, I?m excited to just be with the team and I?m excited to connect with the guys.

?I just believe it?s the best situation for me. I know that I have the opportunity to play there considering the depth, and I had a relationship with [running backs coach Tony] Alford during my recruiting process coming out of high school. He was a great guy then, and I just feel like I connected well with him. I know I?m going to have to go in and compete for the job, but I feel like it?s the best situation for me to go into now.?

Sermon is a former four-star prospect from Georgia who is no stranger to big games. He was assuredly be atop the depth chart this fall and gives Ohio State football yet another weapon to utilize all year.