Saquon Barkley is the NFL's most dynamic running back. Full stop.

The New York Giants superstar has shown flashes of his old self on the field after suffering injuries the past two seasons. When he's off the field though, Barkley relies on his family. He wouldn't be where he is today without his loved ones.

Barkley thanks his father Alibay Barkley for his determination. Alibay grew up in the Bronx, where his NFL star son was born to Tonya Johnson, Saquon's mother. The family then moved to Pennsylvania for better opportunities.

After high school, and before lighting up Metlife Stadium for the Giants, young Barkley found better opportunities at Pennsylvania State University. The star running back also found love.

Today, Barkley's longtime girlfriend is the mother of his daughter. When they met in 2017, neither had a clue how far their love life would go in five years. A daughter between them, the college couple is still going steady. 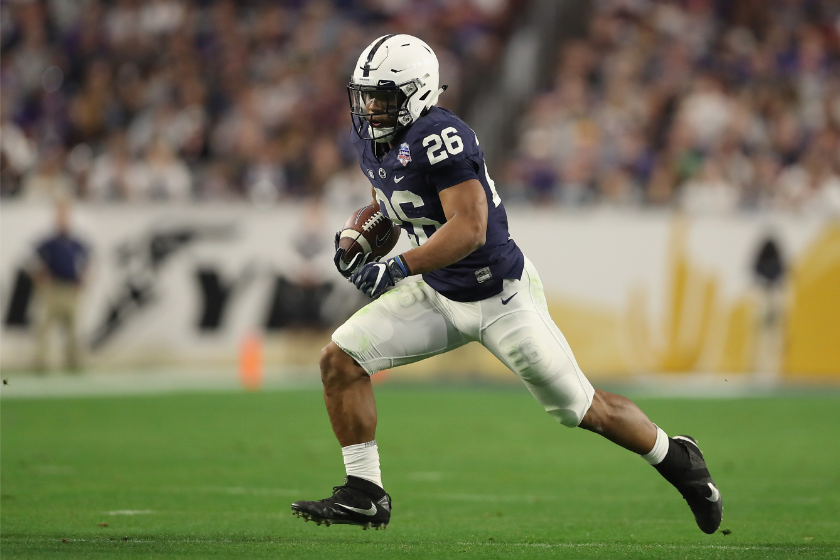 RELATED: Daniel Jones Met His Ex-Girlfriend While They Were College Athletes

Saquon Barkley began rushing for Penn State University as a true freshman in 2015, leading the team in rushing yards and touchdowns. As a true sophomore and junior, the football player led his Nittany Lions to a 22-5 record. By 2017, Barkley was on top of the college football world. Things are lonely at the top, though. During his junior and final season with Penn State, Barkley met Anna Congdon.

Congdon studied nursing at Penn State in 2017 when she met Barkley, who was by then a well-known name on campus.

Congdon is active on social media and presumably an occasional socialite. Though the exact timeline of their meeting is unclear, one thing is for sure: they met at least nine months before the 2018 NFL Draft in April.

Two days before getting drafted in New York City, Saquon Barkley and Anna Congdon welcomed their baby girl Jada Clare Barkley to the world. She was born on April 24, 2018, about a week before fellow Nittany Lion Micah Parsons' son was born.

A short forty-eight hours after his daughter's birth, Saquon Barkley became an NFL player. One year later, young Barkley was the NFL Offensive Rookie of the Year. His newborn daughter and loyal girlfriend inspired his rookie season performance.

All in all, Saquon Barkley's girlfriend Anna Congdon has been with him for five years and they have one daughter. However, a second child is on the way based on recent pictures. 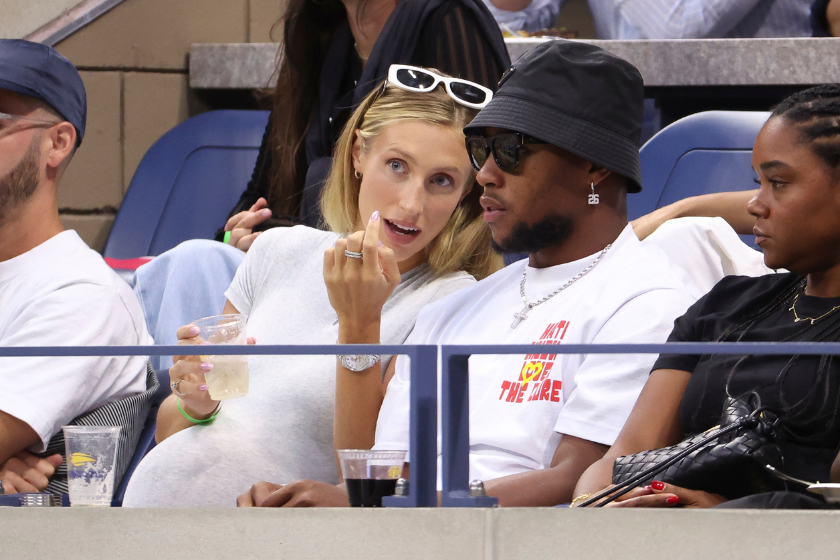 While Barkley and Congdon are still together as evidenced by their recent appearance at the U.S. Open, pics and rumors circulated the Internet in 2020 suggesting otherwise.

There were accusations of Barkley cheating on Congdon with Kylie Jenner's best friend Stassie Karanikolaou during the summer of COVID. (Even if her involvement is only peripheral, Jenner isn't the first famous sister to step away from the NBA and into the NFL.) Barkley denied all rumors of cheating, and he maintains he's a family man, despite what TMZ might say. 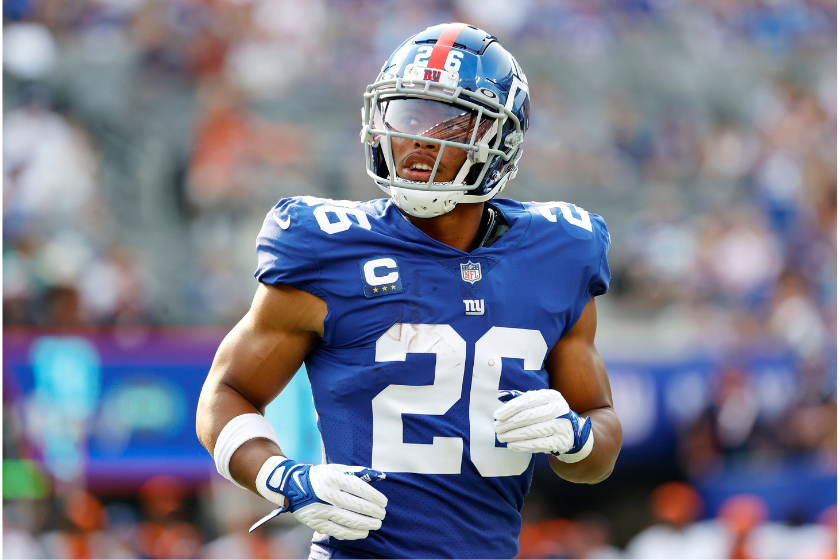 By all accounts, Barkley does appear to be a nice guy. But even nice guys can't resist the Kall of the Kardashian. Even some promising ones stumble in the spotlight, but it's all a matter of how they get back up.