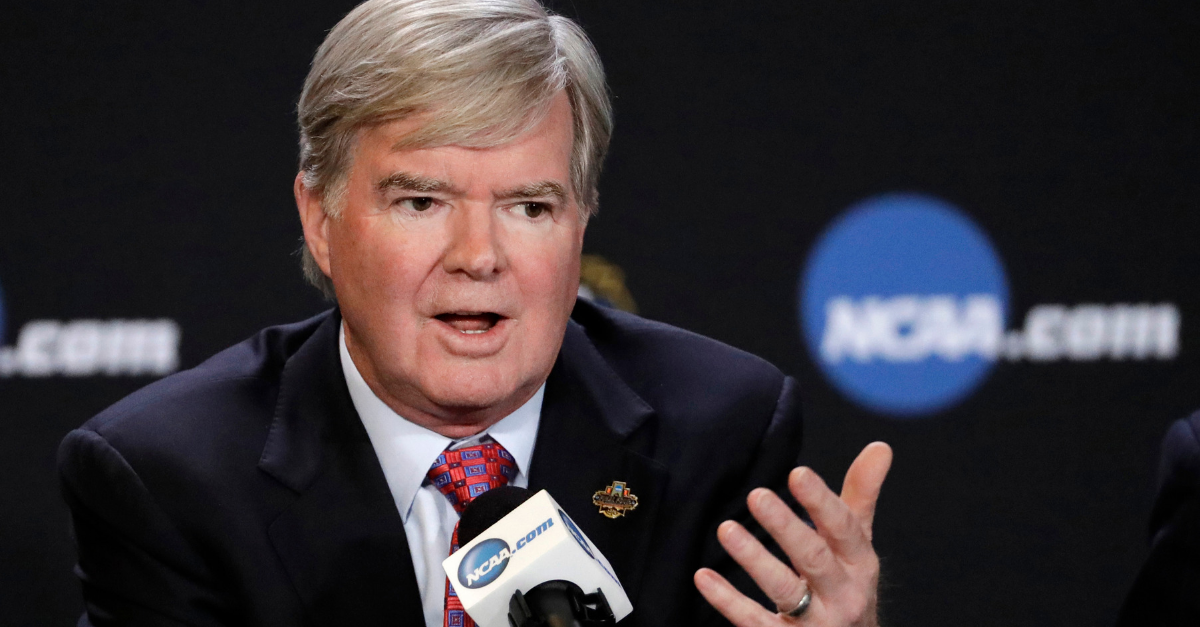 Brock Hoffman needed to move on. It had nothing to do with playing time, which is the main reason most college football players enter the NCAA Transfer Portal these days. The 6-foot-3, 310-pound offensive lineman simply needed to be closer to home and his mother.

So Hoffman, a native of Statesville, North Carolina, decided to leave Coastal Carolina, where he was a two-year starter, and transfer to play for the Virginia Tech Hokies. Everything seemed to be going smoothly until the NCAA denied his transfer waiver to play immediately instead of sitting out one year.

Hoffman applied for a medical hardship waiver to go from one FBS school to another and be eligible for the upcoming season. He did so because his mother, Stephanie, had an acoustic neuroma, a brain tumor, which required surgery. That was the entire reason why he left the Chanticleers program to begin with.

Yet, the NCAA said no, and basically that rules are rules.

But why? There are rules to follow, sure, but this seems like one of those no-doubters to allow a student-athlete to move closer to home because his mother had a brain tumor, right? Guess not.

He explained the two main reasons why the NCAA denied his waiver request to play in Blacksburg in 2019 back in April:

? VT is 5 miles outside of the 100 mile radius from my house

? Now the NCAA is a group of doctors and has stated that my mothers condition has gotten better since being at Coastal Carolina University yet the left side of her face still has facial paralysis, hear loss and eye sight issues and will never be 100% the same

There are always two sides to every story, but, man, this doesn?t seem fair. At all.

A former two-star recruit from Statesville High School, Hoffman became the first true freshman to start at center in Coastal Carolina history and started every game in each of his first two seasons.

As expected, a fight was put up, but at the end of the day, Brock Hoffman’s appeal for immediate eligibility was officially denied on Tuesday.

Needless to say, the entire Hoffman family and Virginia Tech football is upset, and rightfully so.

“While extremely disappointed in this final decision by the NCAA, Virginia Tech Athletics and the football staff will continue to provide our unwavering support and compassion to Brock and his family,” VT added in a statement.

Look, if Ohio State?s Justin Fields and Miami?s Tate Martell can play immediately because they were buried on depth charts, Virginia Tech offensive lineman Brock Hoffman should be able to play because he moved closer to home to be around his mother more. It?s clear as day.

According to The Roanoke Times, the Hoffman family did everything they could. They even provided documentation that Stephanie was “still suffering from facial paralysis, hearing loss, and impaired eyesight” after surgery on the non-cancerous brain tumor.

The NCAA, and the NCAA process, is a joke. It takes a pretty spineless group to not see this is legitimate. They let unhappy players just take their ball and go somewhere else for no consequence, while Hoffman is forced to sit out one season because the timing of his transfer this offseason didn’t stack up.

The NCAA guidelines, per the newspaper, state a student-athlete’s decision to transfer due to family illness “must occur immediately after the academic year.” And since the appeal wasn’t submitted until July, Hoffman was essentially out of luck.

If this were a key player for, say, Oklahoma or Alabama or Clemson, would this case be treated differently? Would it be getting more coverage and notoriety?

It’s a shame this happened, and the National Collegiate Athletic Association should be ashamed of themselves for letting some players play and denying others, especially Brock Hoffman.