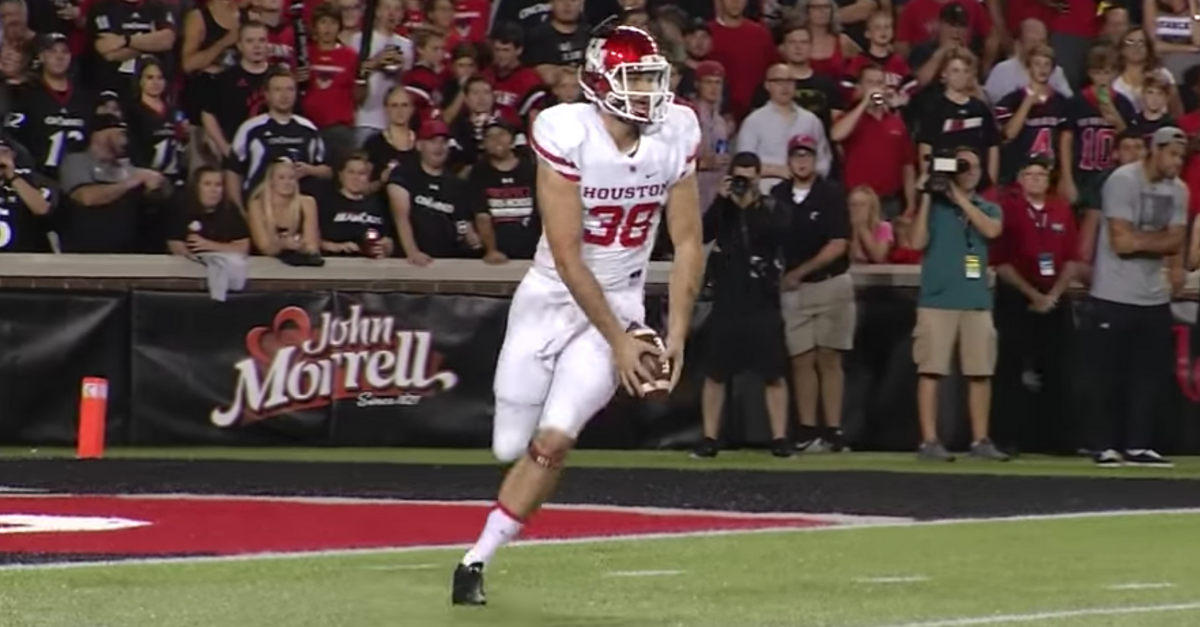 In college football, and in life, everyone has a unique story. It could be about where someone grows up or a significant other who helps them succeed. Every single team across the country has countless examples, but one of the most fascinating is Houston Cougars punter Dane Roy.

Roy, a 27-year-old from Bunyip, Australia, is not your typical special teams star. He’s bigger than most at 6-foot-7 and 240 pounds, definitely older than his teammates, and learned how to punt at ProKick Australia back in the day.

What makes him even more unique is he’s a former ice cream salesman.

That’s right, one of the best punters in the country used to sell ice cream before making his way to the United States. His story was briefly featured on ESPN during Thursday night’s loss to SMU.

Houston punter, Dane Roy used to be an ice cream salesman in Australia..pic.twitter.com/7oMrdla3PW

Roy, an Australian rules football player, first made massive waves at the 2015 Australian Football League Grand Final in Melbourne, where he won the AFL longest kick competition with a boot of 79 yards.

It definitely caught the attention of Tom Herman, the former University of Houston coach who is now at Texas, and the rest is history.

He’s pretty damn good at punting, too. All you have to do is look at the box score each week. He launched a 69-yard punt against Oklahoma this season, for crying out loud. No wonder he’s been on the Ray Guy Award Watch list during his NCAA career.

In many ways, he’s one of the most valuable players on his football team.

Australian punter Dane Roy joked that a few years ago he would not have known where Norman, Okla. is located. ‘I Googled it. It’s in middle of nowhere.’ He adds, ‘My father’s name is Norman.’ Roy is fan of stadiums around world and is excited to ‘knock that off my bucket list.’ pic.twitter.com/VUaPZsK849

It’s hard telling if the NFL is in the Aussie’s future right now, but to earn a full scholarship to play American football has to be a fun dream come true. It certainly has to be better than selling ice cream.

Then again, ice cream is life.