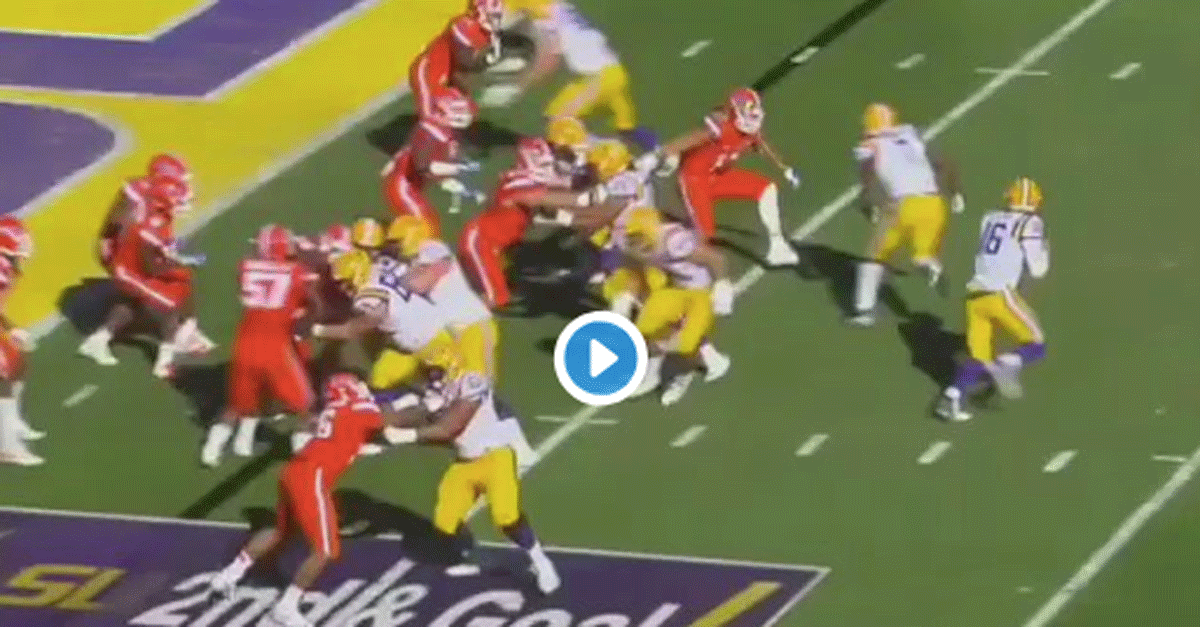 College football is supposed to be fun, crazy and emotional. Stormtroopers on the sidelines? Sure, why not? Two former coaches making an entertaining bet over a rivalry game? Heck yeah. But when it comes to players, how far is too far in letting emotions get the best of them during a game?

Florida has had no shortage of fun plays this season, especially considering the trickery in head coach Dan Mullen?s playbook in the SEC. It?s obvious the Florida Gators players enjoy playing under Mullen judging from the sidelines or the locker room. Mullen himself isn?t afraid to show emotion by jumping around and pumping up the crowd.
But one player in particular may be playing with too much emotion to the point of recklessness, and one could argue it?s affected the team negatively. Or it will soon. Watch this social media clip and tell me you don?t think to yourself, ?Was that really necessary??

That?s Florida?s leading tackler, junior linebacker Vosean Joseph from Miami, Fla.
Joseph is a really fun player to watch when he?s not performing WWE moves on players. He?s fast, he wraps up running backs with the best of them, but his bone-crushing hits are what stand out the most.
Heck, Joseph became a household name in Gator Nation following this hit against LSU quarterback Danny Etling in 2016 as a freshman.

Related: Jachai Polite: 5 Crazy Clips That Prove the Florida DE Is a Force of Nature
Joseph plays a lot like former UF linebacker and teammate Jarrad Davis, who was drafted in the first round by the Detroit Lions in 2017. Davis was known for his tackling and toughness, too. But it was his character that everyone always talked about. It?s what made him revered as a team leader.
Gator fans should hope Joseph will mature into a leader quickly before it costs them.
Two examples of his recklessness just this season have come in Florida?s last two games. After suplexing the Vanderbilt player and receiving an unsportsmanlike conduct penalty, Joseph was ejected following his second unsportsmanlike penalty when the whole team received penalties for the scuffle that broke out between Florida and Vanderbilt.
After Florida?s final touchdown against LSU, Joseph punted the ball into the stands and incurred a 15-yard penalty. He was paying homage to Gator great Brandon Spikes, which is awesome, but he may have not realized Florida was still only up by one score.
Here?s the video of Joseph:

I had to do it coach @CoachDanMullen https://t.co/CAevffdDGW

And here?s what he was replicating:

Mullen didn?t seem to mind, but he might when it costs his team a win.

Mullen asked about the unsportsmanlike flag on the Stewart Pick-6; looks to Vosean Joseph in the back of the room-“Was that you?”
Yes, Joseph admits, he punted it into the stands. Wanted to do it a la Brandon Spikes after he saw it on Twitter. Mullen laughed about it.