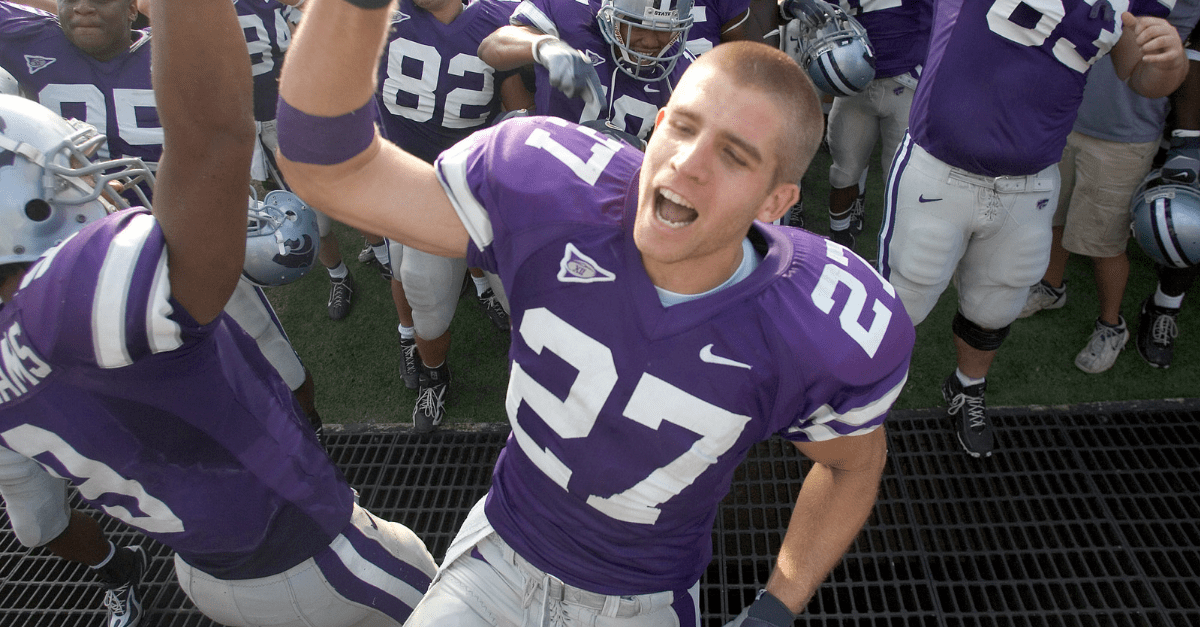 No matter how tough it is to digest, how painful it might be, all good things must truly come to an end. Nothing in this world is forever, but at least we got to live a life that included Jordy Nelson.

After 10 NFL seasons, primarily with the Green Bay Packers and a forgettable season with the Oakland Raiders in 2018, the 33-year-old Nelson is calling it a career and retiring from the game for good. Or at least that?s what former teammate James Jones announced on Twitter early Wednesday morning.

If it?s for real, it officially marks the end of an era for one of the most likable players in all of football.

🚨After more than a decade in the NFL, my brother, former #Packers & #Raiders WR @JordyRNelson is calling it a career. He’s stepping away from the game with more than 8,500 yards…72+ TD’s and as a SB Champion! I’m proud of him and happy for him and his family! #Ese’ #Respect

During his career, Nelson tortured secondaries for 613 receptions, 8,587 receiving yards and 72 touchdowns. Most notably, he leaves the game as a Super Bowl XLV champion, a 2014 Pro Bowl selection, and the 2016 NFL Comeback Player of the Year.

Does Jordy Nelson belong in the Pro Football Hall of Fame? Maybe. Maybe not. But there is no doubt he belongs in mine because of just one play.

Most fans, casual or otherwise, will remember Nelson as a 6-foot-3 speed demon with a knack for finding the NFL end zone and doing the Lambeau Leap at Lambeau Field in Green Bay. After all, that?s the most famous version of him after being selected in the second round of the 2008 NFL Draft. But when he dominated the Big 12 with the Kansas State Wildcats, that will be the player many others will reminisce about.

When you think of K-State football, the first thing that comes to mind should be the legendary and now retired head coach Bill Snyder. If it doesn?t, well, there?s nothing anyone can do for you. The architect of the greatest turnaround in college football history has a highway named after him in Manhattan, Kansas and a statue outside the stadium that bears his name.

However, when I was in college in the Little Apple, it primarily featured the years of the terrible con artist known as head coach Ron Prince. Thankfully, Consensus All-American Jordy Nelson was there to help salvage whatever dignity the program had at the time and there was a specific moment that undoubtedly made him a legend to myself and countless others in the purple clad.

The Sunflower Showdown in 2007 ? the in-state rivalry between K-State and Kansas for those unaware ? had some pretty solid hype surrounding it. The Wildcats were coming off a massive win at Texas, one that featured an 89-yard punt return touchdown by Nelson and introduced us to the Prince Stomp, while the Jayhawks somehow boasted one of the top teams in the league.

For whatever reason, the game in early October was slated for 11 a.m. And do you know what young college kids do with early kickoffs on a nice fall day? They drink. The Bill Snyder Family Stadium parking lot was libation central to keep the party going from the night before and thankfully someone was responsible enough to go save some seats in the first couple of rows in the student section.

Making it to kickoff wasn?t an issue, though, because college kids somehow always make things work. Then, it happened.

Early in the first quarter, K-State quarterback Josh Freeman (yes, that Josh Freeman) dropped back and looked only to the direction of Jordy Nelson before connecting for a 68-yard touchdown. It was glorious.

The simple-pitch and catch was great. So was taking an early lead. But neither of them hold a candle to what Jordy Nelson did to poor Aqib Talib on the play.

In what would eventually become a solid NFL matchup, Nelson torched Talib, sent his jock strap flying to somewhere like the 37th row, and then put on the jets to make it even more embarrassing. That is what makes it so unforgettable.

In many ways, Jordy Nelson epitomizes everything about K-State. He was born in Manhattan, attended Riley County High School, walked onto the Wildcats roster, and eventually became a scholarship superstar in the purple and white who would make a cocky Big 12 cornerback likely rethink his purpose on the field that day.

Of course, K-State would end of up losing to KU because, you know, Ron Prince, and Josh Freeman also deciding to throw two picks in the final five minutes with the lead, but whatever.

Before he made a splash in the NFL, catching passes from Aaron Rodgers, wide receiver Jordy Nelson was a local legend and hero. He still is. And that one play is why he belongs in football lore, no matter what anyone else might try to tell you.