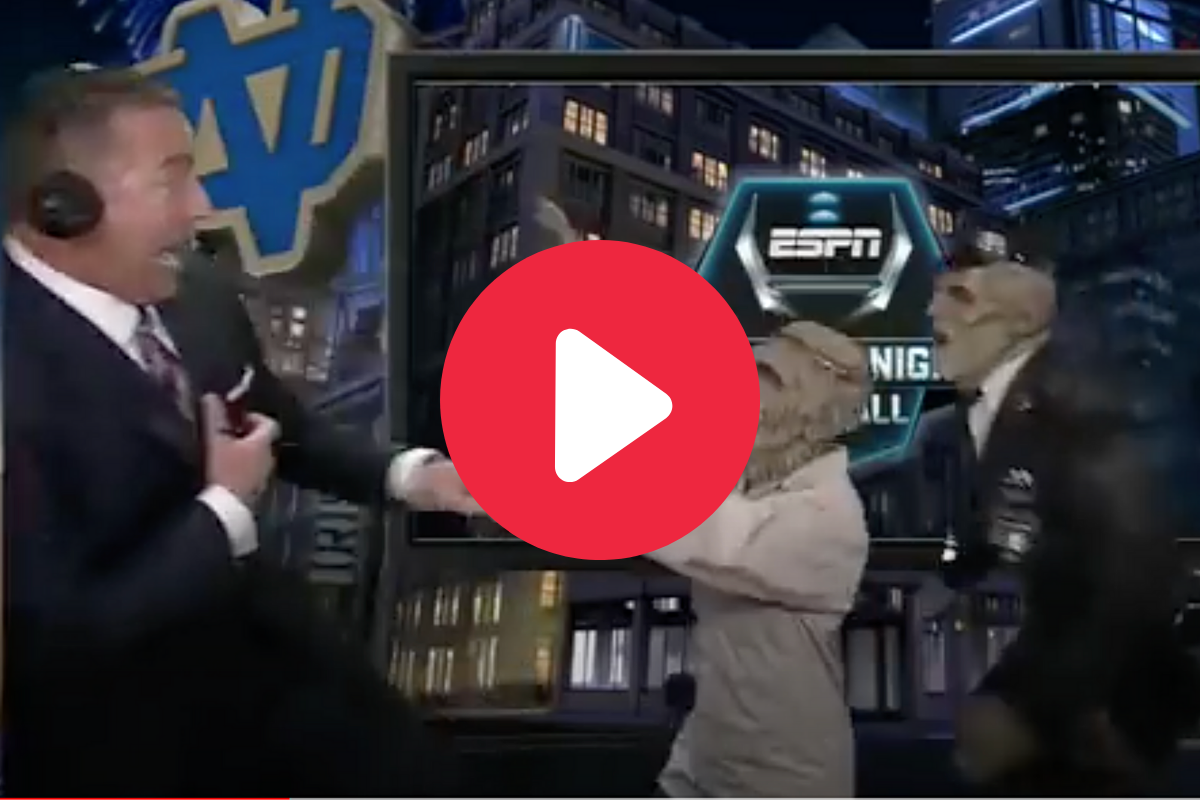 Halloween is a time for zombies, vampires, ghouls, witches and any other spooky monster little kids dress up as. Ghosts, too, are on that list. Just ask Manti Te’o’s girlfriend.

Scary pranks aren’t off limits by any means, either. The Pittsburgh Panthers head coach pulled off a perfect scare prank a few years ago, and even Deion Sanders couldn’t help but nearly soil himself at a hilarious snake prank.

When Notre Dame played Temple in 2015, Kirk Herbstreit had no clue his partner would turn the booth into a haunted house.

RELATED: Hilarious Prank Scares Football Players Out of Their Shoes

Notre Dame narrowly escaped a loss to Temple in 2015, when the Fighting Irish came out on top of a nail-biter, 24-20, on Halloween Eve.

The scariest (and funniest) part of that ESPN broadcast in Philadelphia came up in the booth where Kirk Herbstreit and Chris Fowler were calling the game.

After halftime, Fowler brought two spooky creatures into the broadcast booth that scared the living daylights out of Herbie and made him scream like a baby on live TV.

“These are some friends of mine from the Eastern State Penitentiary,’ Fowler says after Kirk’s scream.

Herbstreit takes a few moments to let his heart rate return to normal before telling Fowler “you got me.”

The two College GameDay hosts then went on Jimmy Kimmel, where Fowler explained why he brought the zombies to the booth.

Apparently Fowler and the crew the night prior went on a haunted tour of the Eastern State Penitentiary where Al Capone was once held, and Herbstreit backed out to go to Philadelphia 76ers game. Much scarier, I know.

But alas, Herbstreit got some sweet revenge on his partner before they went live on Kimmel’s show. When Fowler walked into their dressing room, he was greeted by a monster that made him jump equally as high:

I’m not sure if the two college football analysts called it quits on their prank war, but they need to revive this idea during the 2021 NCAA season.

Honestly, fans could use a little humor on Saturday nights. I’m sure Lee Corso wouldn’t mind throwing on a Frankenstein mask.

This post was originally published on October 23, 2020. We brought it back before Halloween this year.