Lane Kiffin’s Team Will Receive $1.4 Million to Get Their Butts Kicked 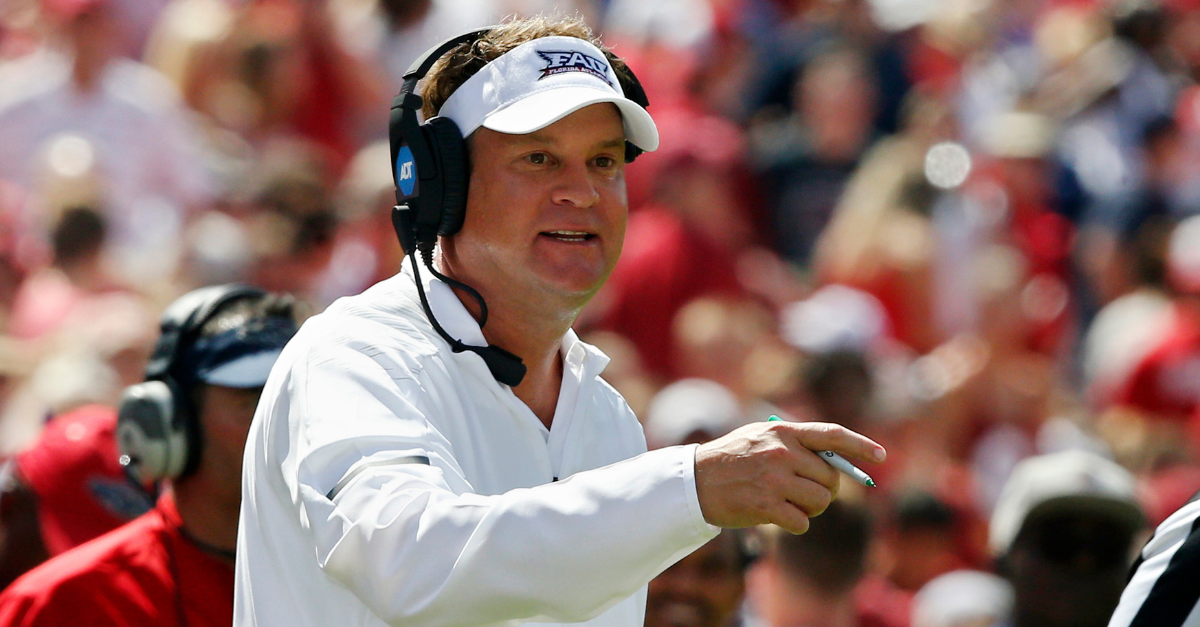 Florida Atlantic head coach Lane Kiffin is far from shy. After all, he?s used to delivering hot takes and once offered a six-month-old baby boy a college football scholarship. The 44-year-old definitely lives the good life, and FAU will definitely be happy after the season opener, even if they lose.

Nobody, and I mean nobody, expects the Florida Atlantic Owls to march into Columbus, Ohio and beat the No. 5 Ohio State Buckeyes on Saturday, August 31 at Ohio Stadium. The odds aren?t good at all. However, they will get a nice check in the mail when it?s all said and done.

According to Dan Hope of Eleven Warriors, FAU will make $1.4 million for that game, one which they will likely get their butts kicked at.

Last year, Florida Atlantic went 5-7 overall, including 3-5 in Conference USA games. The bar isn?t exactly set too high for Kiffin, who was the offensive coordinator for the Alabama Crimson Tide before taking over the Owls program in 2017. That?s why he scheduled OSU and UCF ? two ranked teams ? to kick off the regular season.

A team can learn a lot by playing Ohio State football, one of the Big Ten?s best programs. Sure, Urban Meyer isn?t there anyone and it is Ryan Day?s coaching debut, but it can be beneficial to see how a College Football Playoff contender does it on Saturdays.

Kiffin, who coached in the NFL for the Oakland Raiders as well as Tennessee (SEC) and USC (Pac-12) is no dummy, though. He knows the real reason why the FAU Owls are playing at Ohio State.

Getting paid $1.4 million for the game essentially pays for Kiffin?s salary for the season. That?s definitely not a bad gig at all.